As we move one step closer to the final game in Atlanta, we get our first glimpse of the top two teams in the AFC. After securing the No. 1 overall seed and home-field advantage throughout, the Chiefs will welcome in a familiar face in Andrew Luck and the Colts.

The Chargers will pick right up from their cross-country trip to Baltimore and head a little north to Foxborough. Both Luck and Phillip Rivers pulled off road wins last week and will now get to play in some of the most raucous atmospheres in the NFL.

There isn’t one thing the Texans could have done better that would have changed their fate last week in Houston. The Colts pounded the NFL’s third best run defense for 200 yards. There may not be a better solution to beating Patrick Mahomes and the Chiefs than simply keeping Mahomes off the field. Easier said than done, but the blueprint is there.

It might not be that easy for Rivers and his Chargers taking on the Patriots in New England. We haven’t seen the same Tom Brady this year statistically speaking, but make no mistake, it’s the Patriots at home in the playoffs. Add the fact the Patriots are the only undefeated team at home this season. If Rob Gronkowski is healthy, this one may be out of reach for the Chargers.

Here’s what fans of NFL betting should consider backing this weekend.

The Colts dominated one of the NFL’s top rushing defenses this year. Marlon Mack ran through the Texans front for 148 yards on the ground. These would be great votes of confidence if their next opponent was another strong test. They’re not.

The Chiefs are close to the bottom – 27th overall – in run defense, opening up a huge door for the Colts offense to control the football.

Indianapolis will try and keep Kansas City’s offense off the field as much as possible. They will have to at some point take a big shot down the field, but for the most part will be run heavy. When it’s time for Luck to drop back, he should expect the same protection as he got last weekend.

Of the 18 sacks in the regular season, 12 of those were in losses. It’s as easy as it sounds this weekend, if they can keep Luck upright, they win the game.

The amount of pressure on Mahomes is abnormally higher for a typical first start in the playoffs. This one actually has nothing to do with him nor anything the Colts defense brings.

Flashback to 2013 when Andrew Luck helped lead the second greatest comeback in playoff history against Andy Reid and the Chiefs. There’s also the 18-point lead they blew at home last year to the Titans. 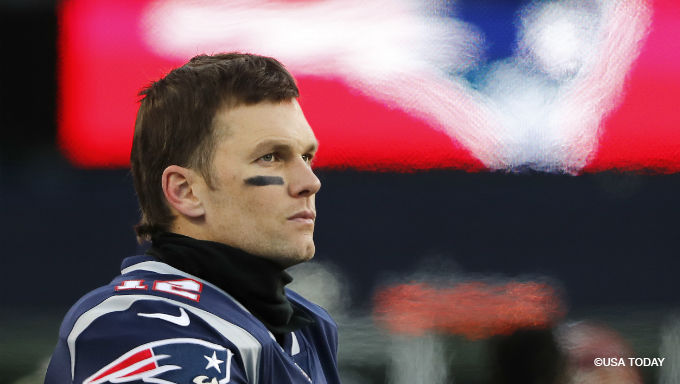 There’s not much you can take from the Chargers this season about how good they’ve been on the road. At 8-1 (including playoffs) maybe that it’s just been for this season, and not a pattern of year-in and year-out for the past six. That is what’s happening in New England, every time they host a playoff game.

At least since the 2012 season, the last time they dropped one at home when it counts.

The numbers haven’t been the same for Brady this year, be it scoring or turning it over. Start with his TDs – 29 is the second lowest total in the last four years – then his INTs – 11 matches the highest total over five years – and it’s not typical Tom.

Gronk missed only three games this year but had just as many TD on the season. However, here we are once again in the playoffs where the Patriots cruised through their division to play at home.

Bill Belichick is one of the best postseason coaches in the history of professional sports. If there is anyone who can turn a mediocre looking two-seed into a Super Bowl contender, it’s him.

The early line plays into how un-Patriots like this team looks but make no mistake they always get the benefit of the doubt. L.A. has been great on the road this year; New England has been better at home.

Take the Patriots and give the points with Karamba.