Women’s boxing is one of the fastest-rising sports in the world today thanks largely to Olympic heroes like Katie Taylor, who won lightweight Olympic gold for Ireland back in 2012 before turning professional four years later.

Already a hugely popular star in her home country, Taylor (13-0, 6 knockouts) is on track to become one in the U.S. as she hopes to become the first undisputed lightweight champion in women’s boxing history. She would be the second woman ever (behind Claressa Shields) to accomplish the feat in any weight class.

But even with such huge stakes, Taylor, 32, from Bray, Ireland, is a significant UK boxing betting favorite to defeat Delfine Persoon, 34, from Roeselare, Belgium, on Saturday night. The reason is simple. If there’s any single woman to point as the best pound-for-pound boxer on the planet right now, it’s quite clearly Taylor.

According to 888Sport, Taylor is 1/16 to defeat WBC lightweight titleholder Persoon, 8/1, on the undercard of this weekend’s heavyweight championship fight between Anthony Joshua and Andy Ruiz Jr. at Madison Square Garden in New York. 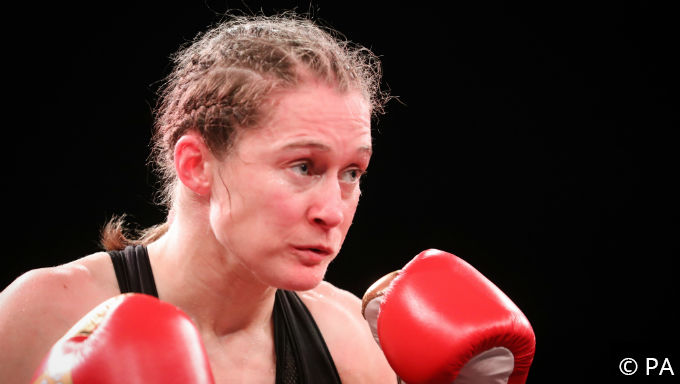 Persoon (43-1, 18 KOs) has fought the entirety of her professional career in her home country. She’s a crafty boxer who has won 33 straight fights since her lone loss nine years ago. Persoon has held the WBC lightweight title since 2014 and has defended it nine straight times.

The problem with backing Persoon isn’t so much what she lacks as what Taylor possesses. Taylor’s style is tactical and she uses precise power punching. She glides in with pristine footwork behind a short, stiff jab and throws beautiful combinations that almost always get the better of her opponents.

Moreover, while Taylor is adept at pressuring her opponents into mistakes, she is also solid defensively. She keeps her chin tucked and moves her head the way every fighter learns in the gym but few actually do on fight night.

Taylor also possesses more paths to victory in the matchup. The most likely scenario sees Taylor pressing forward and landing combinations while Persoon lobs long, looping counters off her back foot. But the truth is, Taylor could probably box from a distance up on her toes and win a counterpunching contest if she so desired, too.

The most likely outcome for Taylor-Persoon is Taylor by decision. Taylor possesses solid power, but the 2-minute rounds in women’s boxing don’t really lend themselves to knockouts like the men’s game does because knockouts come in much greater quantity when fighters are tired.

A pressure-cooking terror like Taylor would get more knockouts if she had more time to work with overall, but as it stands she’s usually more likely to win by decision. Taylor on points is 1/4 at 888Sport. That’s not bad value in boxing, when backing a heavy favorite to win by the most likely method.

The other easy calls in the bout won’t give you much value, but if you subscribe to the idea that any winnings made are good bets placed, betting over 7.5 rounds at 1/10 would give room for the unlikely upset. Persoon isn’t really a power puncher and Taylor is the better athlete, so Persoon’s only chance at winning the fight is by landing effective counters off her back foot while making Taylor miss.

If that kind of betting suits your fancy, betting Yes on the Fight to Go the Distance market probably makes a little more sense. The difference in women’s boxing between 7.5 rounds and the full 10 isn’t very much at all and that play has a bit more value at 1/5 at Betway.

If there’s any hedge to make to the betting tips, it probably isn’t Persoon even at the wildly attractive +800. Persoon has been a credible titleholder but she’s nowhere near Taylor in terms of class. Instead, if plus money winnings is your goal and you plan to take a risk, back Taylor by KO, TKO or DQ at 15/4 at 888Sport. Taylor is way more likely to stop Persoon than Persoon is to win the fight by any method.