With the post-Cheltenham blues at their peak and daffodils beginning to fail on their stalks it may seem an odd time to consider a Eurovision bet. But value never sleeps. Particularly in one of the most active specials betting markets you will ever consider having a punt on.

The contest itself does not get underway until the first semi-final takes place on Tuesday May 14th, with the grand final taking place the following Saturday, May 18th. The current 41 countries on the starting grid will be whittled down to 26 on final night, with the final scoring split equally between jury voting and televoting from each participating country.

Eurovision Market Starting to Come Together

It is now 10 days since all song selections were finalised and the Eurovision betting markets have had a chance to take shape. Make no mistake, this is a huge betting event. As of the time of writing €730,000 has been matched on the win market on Betfair Exchange, more than double the amount matched on the Grand National, and four times that of the US Masters so far.

Previous contests have a mixed record in terms of the market getting it right at this early stage. In the last seven years, four early ante-post favourites have triumphed (all trading around the 2/1 mark at this juncture) and three complete outsiders have emerged from the pack to triumph (50/1+ would freely have been available on this trio). So it’s fair to say both the head of the market and the outsiders need to be closely scrutinised. 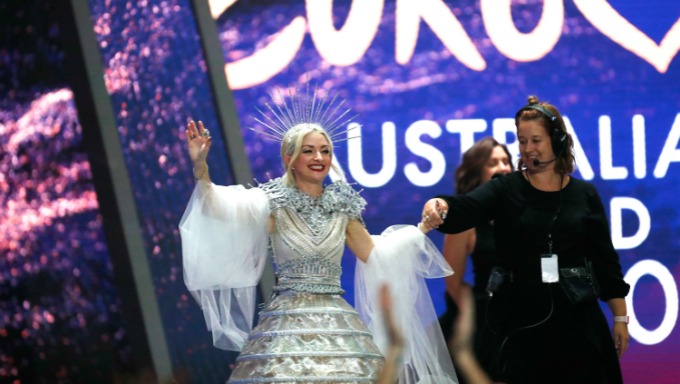 In terms of homework there is no substitute for hard work. Spotify playlists are a good place to start in terms of getting the songs formulated in your head, but the gold is really on YouTube in studying national finals and live performances.

Eurovision is both a song contest and a TV contest so there has to be the magic mix of a strong vocal performance with the ability to put on a competent tv friendly performance. However you need to remember you are only one judge so it’s important to seek other opinions via vlogs, podcasts and blogs.

The Top of the Market

Perennial frontrunners Sweden and Russia are both to the fore again this year, with both trading around the 5/1 mark and taking up a hefty chunk of the market.

Sweden always send a polished popatronic android and this year is no different. John Lundvik’s Too Late for Love is gospel pop which marries shades of Take That and Janet Jackson in a perfectly nailed performance. You can back it to win at a current best price of 7/1 with BetVictor.

That all sounds fantastic, and it kind of is, but is also very much sounding like 2005 and juries tend to look for something more contemporary. Audiences quickly pick up on dated sounding tracks and as a result, this is confidently ruled out.

When it comes to Russia there is a constant perception they will always do well due to geopolitical influences. This is true to an extent, but Eurovision is not a geopolitical contest. It might help but that particular myth is easily debunked by the four most recent winners Austria, Portugal, Ukraine and Israel.

Nobody is voting for these countries in a popularity contest. Russia this year is once again represented by Sergei Lazarev, who finished third in 2016. Their position in the betting market is a function of political influence, a well-known artist and the assurance of a brilliant stage show.

However, this is a song contest and that is the problem here – the song. ‘Scream’ is a dull, slow-moving ballad with no chorus which develops into a shouty mess. I’ll give up the game if this wins. Russia are available at 5/1 with 888sport.

Switzerland are a much stronger proposition and are worthy of their position as fourth favourite, trading at an ever-shortening 7/1 with MoPlay, one of the newer bookmakers offering odds this year.

This a radio-friendly floor-filler with a great hook that could easily contend if they nail the stage show. However, it sounds a tad jaded for the genre. It’s reminiscent of Fuego (2nd in 2018) and R Kelly’s Ignition from 2003. And this is the problem. We have heard this style before and while it will definitely hit the top five I feel it will struggle to be recent and relevant enough to contend for top spot.

😍 Who are you looking forward to seeing perform on this stage in May in Tel Aviv?#DareToDream #Eurovision pic.twitter.com/rxhs1wM1wG

If you’ve gotten this far you have probably noticed I have failed to mention the current market leader, the Netherlands. Having ruled out the other main protagonists at the top of the market I really cannot get away from Duncan Laurence’s Arcade. This is an emotional, contemporary ballad with an extremely strong vocal performer.

The arc of the song leading to the goose-bump inducing crescendo is a terrific structure for a tv contest song. With shades of Chris Martin and Adele this will definitely do well with Western countries.

It is somewhat reminiscent of Bulgaria 2017 (which finished 2nd) and therefore we can be confident it will also play well with the Eastern bloc. Laurence’s vocal performance has been strong in live performances to date and if the Netherlands can master the stage show it should be a certain top 3 with juries.

As things stand this is by a country mile the stand out song of the contest. It has over 3 million YouTube views, totally clear of the nearest pursuer in that context. Spotify numbers spin a similar yarn.

The choice you have to make as a punter is are you happy to take 5/2 now at BetVictor or wait and see how live performances go prior to the semi-finals. My view is the 5/2 is an effective match bet against the flies in the ointment, the couple of songs that will emerge from the middle of the pack to contend. And 5/2 strikes me as a fair price in that context.

Outside of the Favourites

There are any number of outsiders that could and will emerge from the pack this year. Italy, Norway, France, Azerbaijan and Slovenia are all worthy of consideration and I would encourage anyone to watch them and form a view as they all have charms and potential to spring into the reckoning.

Slovenia in particular is a beautiful electro-pop track that could capture voters affections and is worth considering at 40/1 with MoPlay.

However, the one I like to outperform their current odds of 100/1 at Bet365 is Australia. The main negative for the track is it’s a bit too “Eurovision”. And while that sounds contradictory it is definitely a problem. Four of the last five winners were not “typical” Eurovision songs. But the negative is more than compensated for by the price and this song has a lot going for it.

It’s a pop-opera song and Kate Miller Heidke manages to strike that balance between amazing operatic vocal without going overboard at the expense of the overall package. The staging in the national final was absolutely fantastic with a Cirque du Soleil style dancer encapsulating the message of the song title ‘Zero Gravity’.

As a floor-filler this will be a Eurovision fan favourite and given Australia had a superb record prior to last year (recent form figures of 5-2-9-20); we can be reasonably confident stage production will be first class

The influential ESC Insight podcast rates six songs for each episode of their ‘Jukebox Jury’ series and Australia won their group when assessed on Monday’s podcast. As 100/1 shots go this will be one of the more confident ones I’ll back in my lifetime.