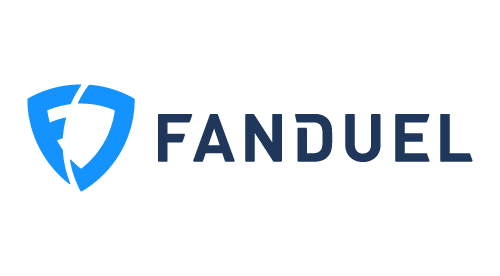 20% Deposit Match up to $500 First Deposit
PLAY NOW
18+. T&C Apply. New users only. The bonus will be added to your account. Bonus funds must be used for play and are not available for withdrawal. Bonus will expire 14 days from issue and any unused bonus may be removed from your account.
Gambling.com  »  FanDuel Review

Officially launched in 2009, FanDuel slowly made a name for itself over the year before exploding in popularity and visibility in the last few years. Offering an enticing mix of low-commitment one-day fantasy sports played for real money, prompt payouts, and legal for play in the United States and Canada, it’s not surprising that the site took off the way it has.

FanDuel can be played anywhere someone has access to the internet. The desktop version of the website is crisp and clean while still giving players a sense of the many game options available to them. Inputting a team is a quick and easy point-and-click process that can see a player enter a contest, select a team, and be ready for games to begin in a matter of minutes.

Mobile users can access a slightly scaled down version of the site through their mobile browsers, or use the dedicated FanDuel application that is currently only available on iOS.

FanDuel ‘s business model is one-day fantasy sports, which entails users entering a contest, selecting a team that fits under the competition’s salary cap from a pool of players in action that day, and competing against other users to accumulate the most points.

Currently, FanDuel offers this type of play for NFL, NBA, MLB, NHL, college football, and college basketball competitions with NFL Daily Fantasy dominating in terms of overall players. Once users select the sport they wish to compete in, there is also a variety of game types to choose from. They are as follows:

FanDuel also runs special survivor tournaments throughout the year, where 75% of the entrant pool is eliminated each round until only a very small number of players remain, with the lucky winners being flown to Las Vegas to compete for major prizes.

Users can find a competition type that suits them at almost any entry level as well, as the most common entry costs are between $1-50 US dollars, but can range all the way into the thousands on special occasions.

Users can deposit money into their FanDuel accounts using Visa, Mastercard, Discover, or PayPal. FanDuel doesn’t charge a percentage of any deposit amount either, so all charges made to a credit card or PayPal account go directly to the player’s FanDuel wallet.

The site also keeps all user funds in a ring-fenced bank account separate from the company’s operational account to ensure increased security.

As for payouts, FanDuel aims to be very quick. Winnings are deposited back to a user’s FanDuel account within minutes of a game’s completion, and players can typically withdraw funds from the site via PayPal within 24 hours.

All new players receive a welcome bonus of 4% on all money wagered, so if a user enters a $25 contest their account is credited with $1 for free, regardless of how they perform in that contest.

FanDuel is also well known for offering generous deposit matching bonuses, matching 100% of a player’s deposit up to $200 simply by entering a promo code, which are plentiful and easy to find through some cursory online searching.

Regular players will also find themselves the beneficiary of monthly and even weekly free roll events, requiring them to put none of their own money on the line in order to win.

For those looking for the thrill of fantasy sports competition without the season-long commitment that entails as well as the thrill of winning real money in those competitions, FanDuel is the top name in that burgeoning market for a reason.

"Over a decade spent working in the online betting world. I can truly tell you which operators are good and which ones aren't."