3 Women’s World Cup Underdog Futures Bets You Should Back

As the Women’s World Cup draws closer, the odds are starting to unveil who bettors think are the favorites.

Even the favorites have their faults, which could leave the door open for another team to slide in. There’s a couple teams that have strangely appealing odds to make some noise in their group, or even to claim the world title outright.

Here’s a couple teams that football betting oddsmakers might have overlooked that you shouldn’t. 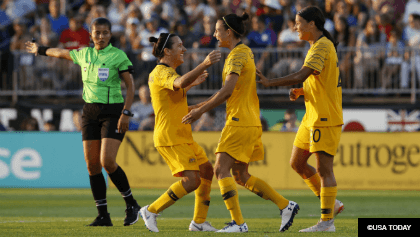 Admittedly Australia’s odds are just around even, but they look the better side than disputed group favorite Brazil. The recent form of the Canary Yellow shouldn't be giving anyone confidence, finishing the SheBelieves Cup with 3 losses and a -4 goal differential and losing their previous three friendlies.

Australia has seen slightly better results, but also better competition. They finished runners-up in the 2018 AFC Women’s Asian Cup, a tournament that saw three of Australia’s four opponents qualify for the World Cup. Only two of Brazil’s six opponents qualified, and Brazil faced no competition.

The Matildas are also simply a younger side than Brazil, who’s best player is 33 years old, and features a midfielder over 40 that tried to retire from international play in 2016. Australia features a few 30+ veteran players, but most of their squad is in their 20’s and playing in a competitive NWSL.

There’s a reason that Australia is currently listed as the #6 team in the world and Brazil is down at #10. Brazil is the hot pick because people know who’s on their team, but Australia is the more complete, more athletic side this time. For 6/5 odds, Betway makes it hard not to take The Matildas. 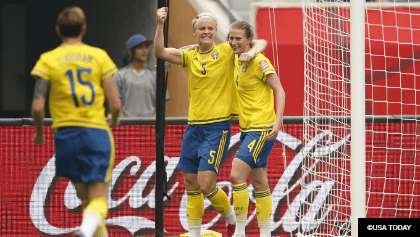 Sweden to win the group with the defending champions?! Absolutely. The US is not the juggernaut they once were. You might be hard pressed to find a better set of forwards than the Yanks, but the US will be susceptible to a good team countering on them.

And Sweden is a good team. Top 10 in the world, in fact. The US hasn’t been able to take down Sweden with any sort of regularity either. The two sides drew in the last World Cup, and the only US win over them in recent memory was a 2017 friendly.

The Swedes are a team that drew Germany in the 2017 Women’s Euro, a crucial point to get them through to the knockout phase. They lost to eventual European Champions Netherlands, but they showed that they can show up against the biggest teams in the world, and there’s few bigger than the USA.

It's a tall task to take down the US, but the Swedes could absolutely do it. Sweden can be found for 7/2 odds at William Hill to take Group F. 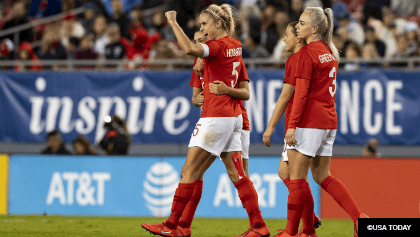 England to Win the World Cup

The US, France, and Germany are going to steal the headlines going into the tournament, but England is very much on the same level and doesn’t boast the same level of hype for some reason. The Three Lionesses should boast some of the best chemistry in the tournament to complement their talent.

Seven from the 23-player roster are from Manchester City, who this year claimed a double of the FA Cup and League Cup while finishing second in the FA Women’s Super League. Even those not on Man City come from talented teams, from Barcelona, Arsenal, Chelsea, Wolfsburg, and the unstoppable Lyon.

Only the French can boast so many players from the same team, with seven players from Lyon. Not the most comforting thought, but you have to keep in mind that some of Lyon’s best players aren’t French. That includes English RB Lucy Bronze, who gets a special mention simply for starting for Lyon.

England might not have a particular goal scoring threat like the US (Alex Morgan/Carli Lloyd), France (Eugeine Le Sommer/Gaetane Thiney), or Germany (Alexandra popp), but among the top 4 teams, England’s spread of players with 10+ international goals is second only to the United States.

The English already showed they can handle Japan, stomping them 3-0 in March during the SheBelieves Cup en route to winning the 4-team tournament. That included the US and was played on American soil and England drew the US in front of 22,000+ American fans in Nashville.

Most places have England sitting at 6/1 odds, but Betway has them at 7/1.