As Serie A played the final match before the Winter Break on December 29th, it was no surprise that league newcomer Cristiano Ronaldo sat on top of the goalscoring charts with 14 goals in his first 18 starts.

The former Real Madrid man is understandably the hot favourite to remain at the head of that list come the end of the season, and Serie A betting fans can find odds of 4/11 via 888Sport should they wish to back the superstar to do so.

The joint winners of last year’s award are currently lagging behind. Inter’s Mauro Icardi has particularly disappointed in the opening half of the campaign with just nine goals, and Ciro Immobile of Lazio has managed a slightly better tally of 11.

This pair are each listed as 14/1 with Paddy Power to repeat last year’s feat, but will need to make up a lot of ground in the remaining 19 matches in order to do so.

A surprise newcomer to the list is Krzysztof Piatek, a 23-year-old Polish striker who burst onto the Serie A scene with Genoa following a summer move from his native KS Cracovia.

Thirteen goals in his first 18 starts in the Italian top-flight has earned him a January move to AC Milan, such has been his explosive impact since his arrival.

Odds of 10/1 on him top scoring are available with the best football bookmakers, however it seems unlikely that he will continue such a prolific streak as he adjusts to life at San Siro.

Let’s not forget, we are talking about out-scoring CR7 here, a player who has already demonstrated his incredible talent in front of audiences up and down the peninsula. The aforementioned strikers are unlikely to eclipse his achievements, however there are two candidates that represent real value for money should you back them to do so.

He may be almost 36 years old, but the evergreen Fabio Quagliarella is currently in the form of his life at Sampdoria. He will equal the legendary Gabriel Batistuta’s record of scoring in 11 consecutive matches should he find the back of the net versus Udinese this weekend, drawing level with the marker that was set way back in 1994.

Fabio Quagliarella (@FQuagliarella27) is the third player to score in at least 10 consecutive #SerieA appearances, after Gabriel Batistuta (11 for Fiorentina, Sep-Nov 1994) and Ezio Pascutti (10 for Bologna, Sep-Nov 1962). @sampdoria

Indeed, his current tally of 14 has seen him draw level with Ronaldo and has amazingly surpassed his previous record total of 13 goals in a single campaign.

Sampdoria have already moved to secure their star veteran until 2020, and it really seems like there are no limits to what this player can achieve before finally opting to hang up his boots.

With this in mind, SportNation.Bet, one of the best new bookmakers around, offer 14/1 on Quagliarella finishing as top scorer, something well worth considering for a player who looks in no mood to stop scoring. 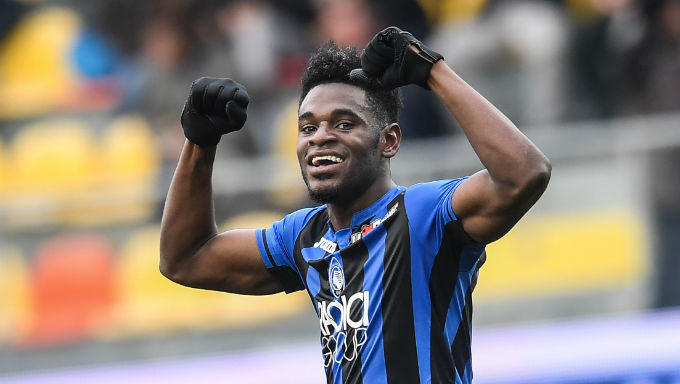 There is no Serie A player in better form than Atalanta’s Duvan Zapata. By December 3rd, he had just one league goal to his name, but a goal in a 2-1 defeat to Napoli that day launched an incredible scoring streak that has seen him nicknamed “King Duvan” by Italian newspaper La Gazzetta dello Sport.

Finding the net in the last eight consecutive matches, a four goal haul versus Frosinone at the weekend saw him draw level with Ronaldo and Quagliarella with 14, and a look at the Colombian’s statistics in the last seven matches proves just how easily he has found his groove.

“Duvan Zapata already proved what he could do at Napoli, Udinese and Sampdoria,” admitted his delighted boss Gian Piero Gasperini to Sky Italia at the weekend. “But now he is finding an extraordinary level of consistency.”

🔥 He's since scored in 8 consecutive games in all comps

🔢 Including FOUR in his last appearance!

Only Inter’s Antonio Valentin Angelillo has ever outscored Zapata in the same period of time, the Argentinian having achieved 14 goals in a seven-game stretch back in the 1958/59 campaign.

Even more impressive is that Zapata’s 13 goal tally has come from just 15 shots, an incredible conversion rate from a man showing such confidence in front of goal.

Of course, such performances have led to interest in the transfer market, but Zapata has confirmed not only that he is staying put in Bergamo, but that he puts current feel-good factor down to a change in diet. This is certainly a player worth backing to reach the top-scorer award and at an industry best 9/1 with SportNation.Bet, the odds are well worth your while.