We stand without defined over/under betting odds at most books for the 2019 NFL season, but that doesn’t mean we can’t start figuring out our starting points for teams before they try to fix free agency holes.

Statistical profiles speak strongly about teams that over or underperformed their 2018 seasons, and most teams that overperform will dial up exactly what they did last season as a starting point. It’s an understated part of the cyclical nature of the NFL: A team drastically improves, gets a better schedule, and then falls back to the aether. Well, unless they’re the Patriots.

So let’s look at four teams that fall heavily into this category and look at why they might be able to buck the circumstances -- and why they might also just fall directly into that trap. 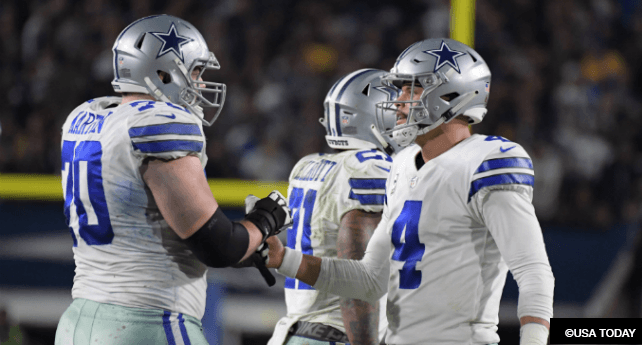 We can sum up Dallas’ season many ways, but I think the most instructive way to view it is to look at their win streak after everyone left them for dead. The Cowboys won seven of their last eight games. They memorably shut down Drew Brees’ Saints offense in an island game on Thursday night, meaning everybody got to be impressed by that.

Their point differential during those last eight games was +12, and their turnover differential in those games was +5. They played four games against three teams that made the playoffs, two of which were against the Eagles. Their resurgence benefitted from good luck and a weak schedule much more than the Amari Cooper trade.

Their offensive DVOA was better after the trade, but was still below-average. I would argue that Cooper made their offense more consistent, but I think the trade was better for Cooper than it was for the Cowboys.

Add to this that the Cowboys have no first-round pick. They’ll either be franchising or otherwise dropping money on DeMarcus Lawrence/a replacement, so Dallas will be unlikely to make much of a free-agency gain.

And, if you’re one of those few who believes Jason Garrett hasn’t done much to prove himself worthy of staying head coach (It’s me, I’m writing about me) -- there are a lot of reasons to be wary of continued success for the Cowboys.

But, still, we must acknowledge that there is some bit of uncertainty in projecting the Dallas offense … We’re still uncertain if center Travis Frederick will ever play again after missing all of last season to a battle with Guillain-Barre syndrome. All the public talking about it is optimistic, but this isn’t a normal football injury and so I’m cautious about it. 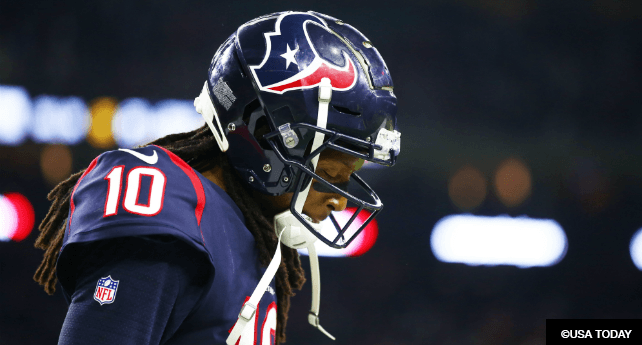 The Texans have their own fortunate win streak. Six of their nine wins in their midseason win streak came by less than seven points, and two of them were in overtime. The Texans have two other big factors pointing at regression: turnover differential and schedule.

The Chargers went from +12 in 2017 to +1 last year. I guess if you want to push back against this you can note that Bill O’Brien is more of a run-focused head coach. That’s great. Houston’s main running backs fumbled once in 360 carries last year -- that’s not happening again.

As for their schedule, the Texans benefitted from the last-place games and a sprinkling of the NFC East and AFC South. Their pass defense was torched down the stretch by Baker Mayfield, Sam Darnold, Nick Foles, and Andrew Luck. During their win streak, they faced Josh Allen, Blake Bortles, Brock Osweiler, Case Keenum, Alex Smith, and half games of Nathan Peterman and Colt McCoy. They finished with the second-easiest defensive schedule in the league. A first-place schedule is going to prove more equal to the task of dismantling an old and slow secondary. Unless…

Self-Doubt: The Texans have a ton of cap space and the ability to generate even more by releasing Demaryius Thomas. While there aren’t exactly a ton of great cornerbacks available in free agency, and the Texans don’t have much of a track record of pursuing top free agents, it’s possible that they could spend enough to mitigate some of my concerns … The Texans have not offered much clarity about how much of the playcalls will go to new offensive coordinator Tim Kelly, but just like with Moore, we should be open to the idea that he could change things. 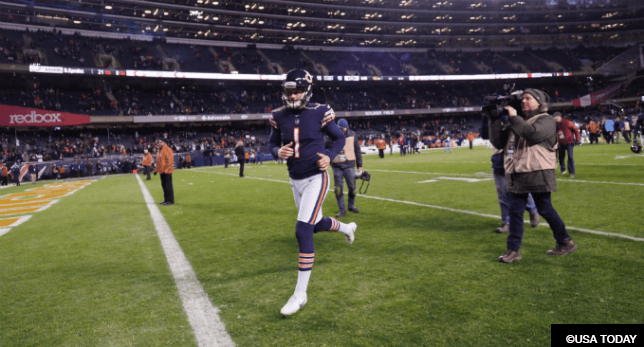 The Bears are the kind of team that are going to attract a fair share of different opinions depending on what school of football thought you come from. Let’s start with the obvious reasons to believe in regression. The Bears barely trailed the Texans with a +12 turnover differential, third in the NFL. That number will change no matter how many safe throws are schemed for Mitch Trubisky.

Last year there was a big backlash to the idea that the Jaguars defense would decline -- I would know because I was part of that backlash -- and instead they imploded. There are some very real similarities between those Jaguars and these Bears. The 2018 Bears improved from 14th in defensive DVOA to first -- the 2017 Jaguars improved from 12th to first.

The 2017 Jaguars led the NFL with seven defensive touchdowns. The 2018 Bears led the NFL with six defensive touchdowns. To those of you who will counter that the Bears added Khalil Mack and have a great defensive talent base -- I agree with you. So did the Jaguars. With Vic Fangio off to Denver, the new defensive coordinator is Chuck Pagano, a coach who has been good at scheming pressure but hasn’t had much success outside of Baltimore.

Then there’s Mitch Trubisky. Trubisky finished the year with a 2.5% DVOA, and a lot of that DVOA comes from one game: The 48-10 blowout over Tampa Bay that got Mike Smith fired and left Trubisky throwing at uncovered receivers for most of the game. Trubisky benefitted from new head coach Matt Nagy’s Chiefs offense.

But if he doesn’t take the next step forward, the Bears will always be overly reliant on Nagy to win before the ball is snapped. And as the Patriots showed us in the Super Bowl, teams that do that can be stopped regardless of the quarterback’s arm talent.

Self-Doubt: While the Jaguars faltered, statistically they were more likely to falter because they had a bad run defense DVOA in 2017 -- the run defense finished 20th, and run defense is more consistent year-to-year than pass defense.

Chicago finished first in run defense DVOA in 2018. … Trubisky was still improved from 2018, and there’s reason to believe he has the arm to play better if he can get through his reads quicker. That’s not something we can really quantify in a percentage, but it is a possible improvement area. 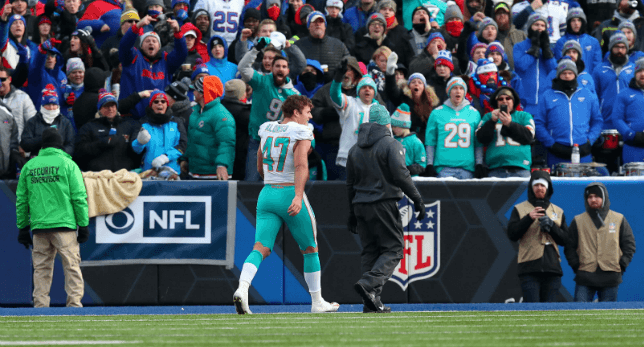 Alright, a slight departure from these other teams -- instead of being a solid team disguised as a good team, the Dolphins were a bad team disguised as a frisky team last year. They were below average in every area of the game -- offense, defense, and special teams. The Dolphins went 7-1 in games decided by less than one score. They did this playing the 29th-hardest schedule in the NFL, per Football Outsiders.

Many sites started the Dolphins out with the worst odds of any NFL team to make the Super Bowl, so obviously they are not counting on a repeat of last year’s success. Firing the head coach and removing Mike Tanenbaum from the player personnel structure, and likely letting go of quarterback Ryan Tannehill as well, will create a lot of upheaval. Owner Stephen Ross’ public comments about a rebuild should also mean that the free agency that usually buffers the Dolphins up will be a relic of the past.

Should the Dolphins bring in a quarterback early in the draft, most rookie quarterbacks struggle to produce in their first season. Only a killer draft class will be able to keep them near .500 in 2019. Well, assuming they actually stick to what they’ve said publicly, anyway. Not often an owner goes out of his way to tell everybody that they’re waving the flag.

Self-Doubt: I have less doubt about this prediction than most, but if I have to point out one area where things could go wrong: the bottom of the AFC East is still very fragile and I could see the Dolphins being gifted a few wins here or there because of it. The Bills didn’t exactly prove the doubters wrong on offense, and the Jets are cap space in search of a team.