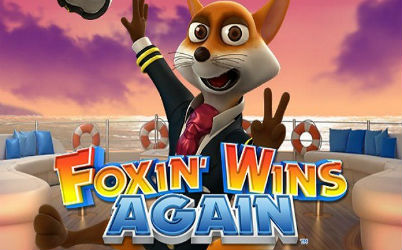 For a medium variance slot, Foxin’ Wins Again by NextGen has a lot to offer. It has pretty dynamic gameplay that includes free spins, bonus games and the developer's popular SuperBet, offered in many other of its slots. In fact, when you have the SuperBet active, the RTP will increase from 95.67% to 95.88%. This could come in handy when you are about to collect the payouts that can go up to 200,000 credits! Considering Foxin’ Wins Again online slot is available on all devices, all it takes is one try to get closer to those great rewards. 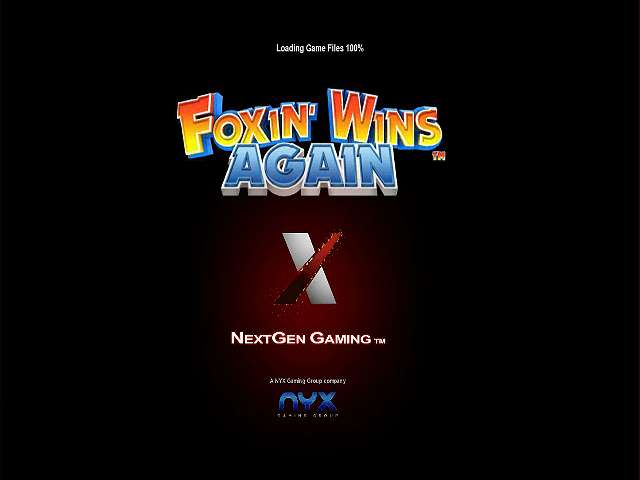 If you’re a NextGen fan, you probably know that the developer’s most adored slots character is the little fox from its number one hit slot Foxin’ Wins. Now, considering this slot is on top of the list of most played slots ever, it was only expected for the developer to create a sequel to it, Foxin’ Wins Again. In this slot, the little fox and his darling are taking off to a new, cruising adventure and are going overseas. The fox is the captain of the ship, while his wifey is relaxing and having cocktails.

If you’re up for a fun adventure with one of the real money online casino world’s favorite slots characters, just grab your phone or tablet, and load Foxin’ Wins Again online slot. Sit back on your spot on the sofa and you’ll have a blast! Foxin’ Wins Again slot machine is available across all iOS and Android devices, so no matter where you are and which time of the day is, you could easily access it on all of your devices.

Now, you should know that the setup is as easy as it gets on any device. As you load the game, you will first notice the three SuperBet options, right above the play button. On the left side of the screen, at the bottom, you will see the settings button. Press or tap on it, and the options for sounds, bets, paytable and autoplay will appear in front of you. Just by clicking or tapping on the speaker, you can turn on or off the sounds. By clicking on the autoplay option, you’ll see that you can set the autoplay spins to go from 0 to 100, depending on your budget and bets. Speaking of bets, you have the 50 fixed paylines and the minimum and maximum bets per line you can place for those paylines. The minimum bet per line is 0.01 credits, while the maximum 1 credit. Therefore, the least you can bet for the 50 paylines is 0.50 and the maximum is 50 credits.

Moving on to the most important part of your play, the payouts in Foxin’ Wins Again slot. You will find the paytable in the “i” option in settings, where you will find the main character, the fox, turning the ship wheel and playing the role of a wild. Not only is the fox symbol a wild that substitutes for all symbols except for the scatter, but it is also the highest-paying symbol, giving you 2,000 credits for a 5-of-a-kind combo. Then you see his wife, giving you 1,000 credits, followed by the cruiser which gives you 500 credits. The medium-value symbols are the cocktail and the compass, each giving you 250 credits for the best combo. The playing cards A and K give you 200, Q and J 150 and 10 and 9 symbols give you 100 credits for 5 symbol combo. Contrary to most slots by NextGen, the scatter wins in Foxin’ Wins Again online slot are not multiplied by the total stake, but by the bet per line. Still, the scatter gives an incredible 5,000 credits payout for the best combo, which is added to the payline wins.

Now, let’s proceed with the gameplay. When you see 3 or more scattered bell symbols appear on the reels, you should know that you’ve triggered the free spins, during which your wins are doubled and the fox pups appear more often. At the end of the free spins bonus rounds, you get a second chance for better winnings. You’ll get the option to accept or replay the free spins once, but the wins you had when you triggered them will not be forfeit, so you just gamble your free spins wins.

It is always fun to see the fox character appearing on the reels, therefore, Foxin’ Wins Again online slot is as entertaining as it gets. Considering it is a medium variance slot, it is fair to say that it is suitable for any type of slots player, since the max bet cannot go more than 50 credits, and the 200,000 credits max win for that bet is more than exciting.

If you’re a low-roller and you loved playing Foxin’ Wins Again, you should also try out 1 Can 2 Can slot. It is a colorful slot which can deliver wins of up to 12,500 credits for a small max bet.

But, if you’re in for the big wins, you should try out newer slots by NextGen, like for instance Gorilla Go Wilder at our recommended online casinos. It is also a sequel to a hit slot by the developer, and can deliver payouts of up to 37,500x the stake!