Anyone at all looking for Cheltenham betting pointers, in my opinion, will have learned so much from the action at the Dublin venue. Although Sunday's card was blighted by a host of non-runners due to drying ground overnight, a lot of questions were answered.

This year's Irish Champion Hurdle was not a vintage renewal, though it did include former winners Supasundae and Petit Mouchoir, and the 2018 Cheltenham Champion Hurdle second Melon.

But with that trio as the key rivals, I’m sure owners Gigginstown House Stud had no hesitation dropping Apple's Jade back to the minimum trip for the first time since 2016.

Jockey Jack Kennedy adopted the usual front-running tactics, Apple's Jade jumping quick and accurate to never see another rival, as she cruised to a 16-length win over five rivals that have won two Cheltenham Festival races and five Grade 1s between them.

When we recorded our Gambling.com Racehour podcast a couple of weeks ago, I was very positive about Apple's Jade's chances in the Champion Hurdle in March, should connections let her take her chance.

The great news that broke on Sunday morning is that she will indeed take on dual Champion Hurdle winner Buveur D’Air (2/1f Betfair). On what I have seen of her since reappearing at Navan in November, I’m convinced she has a real chance of pulling it off. 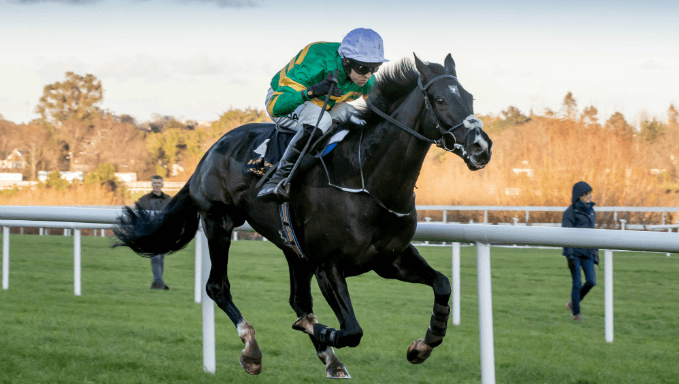 With two non runners, the Grade 1 Irish Arkle was sent off with just six runners. I was pretty sure about one thing then; the British raider from Gary Moore's stable, Knocknanuss would not be up to jumping round such a testing track, especially if taken on for the early lead.

The Willie Mullins team were aware of this too and their Voix Du Reve eyeballed him from flag fall, making Knocknanuss very keen, before falling at only the second fence.

In what was a truly-run event, the favourite, Le Richebourg fenced immaculately and tracked the leaders very easily. His rider Mark Walsh felt he had enough horse to challenge the leaders up the inside on the approach to the final fence, where the pace-setting Voix De Reve crashed out.

Regardless of this, the winner was by far the best horse on the day and hit the line strong with seven lengths to spare over his stablemate Us And Them. All roads now lead to the Arkle Novices' Chase in March, for which he is now a very worthy 9/2 favourite with Bet365. 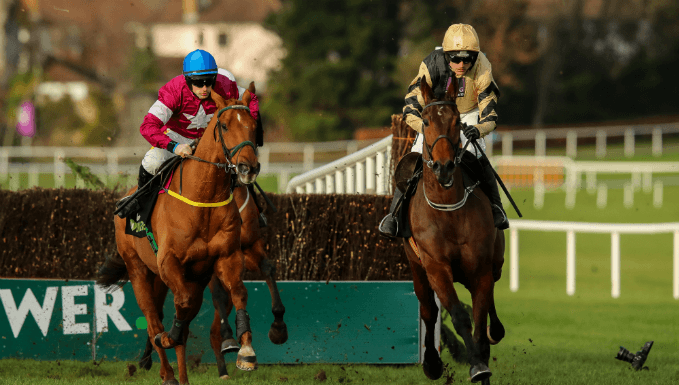 The Irish Gold Cup was also blighted by late absentees, six in all, leaving just four to contest the feature race on Dublin Racing Festival day two. I was very keen to see Al Boum Photo, as I was convinced that Willie Mullins's stable jockey Ruby Walsh had chosen to ride the wrong one!

This wasn’t to be as he was a very late withdrawl, so my attention now switched to second favourite Bellshill. Ruby had sided with this horse, as he believed the nine-year-old had improved for fitness off the back of his fourth in the Savill's Chase over course and distance at Christmas.

He raced handily all the way, jumping very well, and managed to take a couple of lengths out of the favourite Road To Respect at the third-last fence, a moment, where, for me, the race was won.

They locked horns from the back of the penultimate fence, jumped the final obstacle almost upsides and only a short head split them at the finish, with Bellshill getting the better of the tussle, under an inspired Walsh at his brilliant best.

The Punchestown and Irish Gold Cup winner now looks set to go for the Cheltenham equivalent, for which he is a 14/1 shot with Ladbrokes. 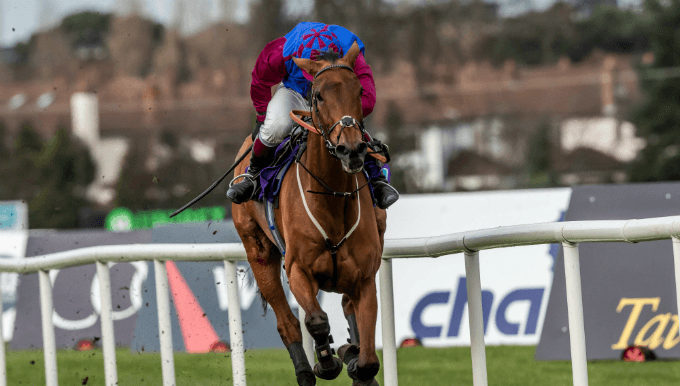 Buveur D’Air – Travelled well in bad ground in the Listed Contenders Hurdle at Sandown on Saturday, but his odds of 1/5 reflected the low level of opposition he faced. Having said that, it's the same route he took before winning the 2017 and 2018 Champion Hurdles; He's still just about favourite for the hat-trick at 2/1 with Betfair

Envoi Allen – Remains unbeaten with a very convincing win in the Grade 2 bumper at Leopardstown's Dublin Racing Festival. The Gordon Elliott-trained five-year-old is now 3/3 and the one to beat in the Champion Bumper betting, priced as 5/1 favourite with Ladbrokes

La Bague Au Roi (pictured) – Ran out a really gutsy winner of the 2m5f Grade 1 Flogas Novice Chase, a race with real positives in the RSA Chase trends. She's now 4/4 over fences and 10/1 with William Hill for the JLT Novices' Chase and 12/1 with Paddy Power for that RSA Chase.

Min – I don’t think we learned much from his win in the Dublin Chase at Leopardstown, as the race fell apart, with omitted obstacles resulting in a pretty bloodless victory. He's in the Ryanair and Champion Chases at 5/1f and 8/1 respectively with William Hill.

Sir Eric – Gifted a very easy lead in front at Leopardstown on Sunday, he was never really challenged, going on to win for the second time over hurdles, by six lengths. He's hardened as favourite in the Triumph Hurdle betting, odds no bigger than 9/4 with Unibet.

This week's Cheltenham Festival trials will come mainly from Newbury on Saturday, as the Berkshire venue hosts the Denman and Game Spirit Chases, and Betfair Hurdle.

But there's also action at Warwick, host of the Grade 2 Kingmaker Novices' Chase, and at Punchestown on Sunday, including a potentially informative cross country race.