Comparing Next US President Odds vs Latest Election Polls

The latest political polls don't always align with the bookmakers' odds on who will win the next US presidential election, so comparing the two can highlight potential value in the 2020 election betting market.

It's all but certain Donald Trump will be the GOP's nominee come November, so we've highlighted the top Democratic contenders and compared their head-to-head polls in the general election against Trump with their odds to win in 2020.

Trump is the current favorite at 6/5 but former Vice President Joe Biden and Senator Bernie Sanders, the two Democratic front-runners, are just behind the president thanks to strong starts to both of their campaigns.

The poll results linked in the table are the latest Emerson polls listed at RealClearPolitics, while the odds are from the "US Presidential Election 2020 - Winner" market at Bethard.

Similar to the 2016 cycle with the Republicans and Hillary Clinton, comparing this cycle's odds for each Democrat running against their likelihood to beat Trump is critical to provide extra insight into to a field of almost two dozen candidates.

When a candidate is polling near the top for the nomination with a chance to be on the ticket but is predicted to lose to Trump head-to-head, their value in the general election market is limited regardless of whether they head the party's ticket or not.

National polls never projected Donald Trump to win the 2016 election, but thanks to narrow victories in states such as Michigan, Trump sits in the White House.

But don't let the outliers blind you from the fact that polls and prediction services are usually pretty spot-on when it comes to elections.

Regardless of how accurate they are, President Trump is certainly hoping he can pull off the same surprise in 2020 after recent polls revealed he's an underdog to virtually every major Democrat running. 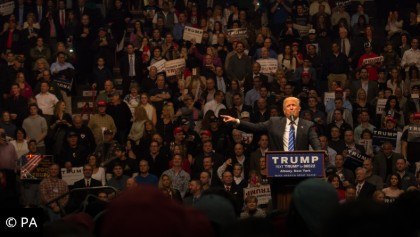 In a head-to-head matchup against Trump, Joe Biden is polling as high at +13 while Bernie Sanders also has a significant lead over Trump should they face off.

Even slumping Beto O'Rourke would beat Trump by 4 in the latest poll.

If you're looking to bet on a Democrat to win the general election, do so now before the nomination is finalized because the polls suggest, no matter who faces Trump, they will almost certainly lead in the polls and oddsmakers will have to slash their odds.

If you're confident in President Trump serving a second term no matter who he faces, it's best to wait till the Democratic nominee is selected because the president's odds will get longer, which would mean more value backing him then.

Democratic Nomination Polls vs Odds to be Nominee

The poll results listed in the table are RealClearPolitics averages as of this publish date, while the odds are from the "Democratic Presidential Nominee" market at 888sport.

Polling each candidate as a nominee as opposed to head-to-head with Trump provides alternative insight into the market that's worth considering.

Comparing the recent polls for the nomination with the odds could potentially highlight the trust bookmakers are putting in a candidate despite polling outside the top tier.

Candidates could be polling close in the latest results yet the odds might suggest one is much more likely to secure the ticket. In this cycle, clearly the oddsmakers and poll respondents disagree on Senator Harris' chances of securing the nomination.

Elizabeth Warren, the current senator from Massachusetts, came to national prominence during the 2016 election cycle when she flirted with running as a staunch Trump critic before ultimately backing and campaigning with Hillary.

Senator Warren is finally running in 2020, and she is armed with a laundry list of detailed progressive policy proposals.

No other top 2020 contender comes close to the depth or breadth of Warren’s policy portfolio. https://t.co/vUxqSjcUWS

The polls suggest Warren has a shot at the nomination, but the betting market for the party nominee tells a different story.

According to the top political betting sites, Warren at 14/1 has a longer shot at the nomination than Pete Buttigieg at 8/1 and Beto O'Rouke at 12/1 despite polling ahead of both, including almost doubling Beto's percentage.

For bettors backing Warren, hopefully her massive list of policy proposals gains her enough attention to prove the books wrong. 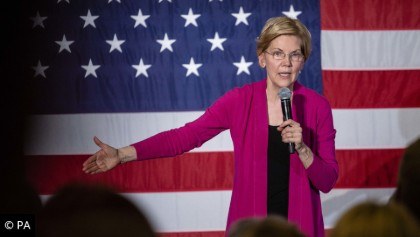 If you're looking for more betting tips on the Democratic nomination or want to check out odds on who will win the Republican nomination, be sure to read our in-depth previews of each betting market: