Irish politics has been reshaped on a number of fronts in the last few years, and an interesting few weeks lies ahead following the announcement of a general election. All of the top political betting sites will offer markets in the weeks coming up to the vote on February 8th, and Eric Nolan has taken a look to find the best value bets available.

The result of the 2016 General Election should have led to the end of the two party system, the only obvious course of action was for Fianna Fail and Fine Gael to enter coalition together. This would have led to an opposition being led for the first time by another party, Sinn Fein.

Oppositions are generally more popular than governments so it’s likely that this election would have seen a straight choice between FF/FG and a Sinn Fein led alternative.

Micheal Martin had other ideas when he pulled a rabbit out of his well-worn hat and instead we got confidence and supply, where one party will support the government in motions of confidence by either voting in favour or abstaining. Fianna Fail were the Schrödinger party, they were both in government and in opposition at the same time. The two party system survived despite a historically low combined seat count. 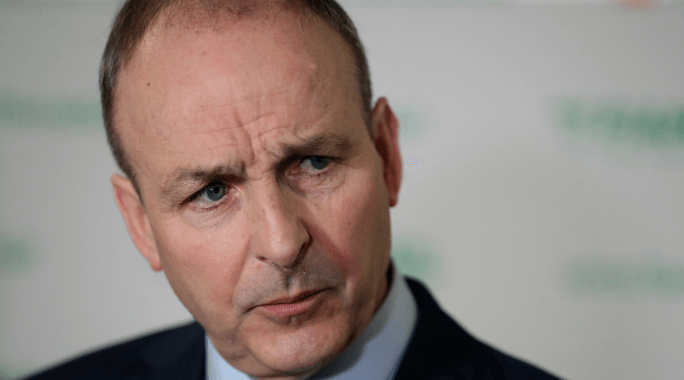 This unconventional arrangement has lasted over three years. Undoubtedly the Brexit saga was the main reason for this longevity but Fianna Fail, in particular, will be claiming credit for “putting the country first”.

Brexit has temporarily gone quiet and its effect on this election will be less than we would have thought a mere few months ago. It's a massively intriguing political betting heat.

Back the Green Wave to Flourish Again

The Green wave is only just beginning, and environmental issues are becoming more and more mainstream. Images of Australia on fire are only the latest in a constant stream of worrying images and news. Greta Thunberg rocks. The future is most definitely green, and political parties will use this to their advantage.

The Green Party will be the ones who gain the most from this. They have the name, and sometimes that’s enough for some voters. No amount of environmental activism by any other party will capture Green issues from the Green Party. Even Eamon Ryan’s tendency to keep his foot in his mouth most of the time won’t stop them.

The local elections were kind to the Green Party and they have numerous poll-topping candidates now running for the Dáil. Leo Varadkar’s decision to hold the election on a Saturday will also help them.

Fine Gael to Limit the Damage

Fianna Fail will win this election and Micheal Martin will be Taoiseach. This follows their strong performance in last year’s local elections and by-elections. There is also a sense that Fine Gael have the air of a party in power for too long and have become out of touch - that’s assuming they were ever in touch, of course.

In Micheal Martin, Fianna Fail have a leader that was central when they presided over the financial collapse. He became leader in the run-up to the 2011 general election in which Fianna Fail lost 57 seats.

He oversaw the recovery of 24 of these seats in 2016 and will oversee a further increase this time. Martin is a strong performer and his tail is up. There is a long way to go but all signs are that Micheal Martin and Fianna Fail will be rewarded by the electorate for taking their medicine and for facilitating a government in which they took no positions. The performance of Fine Gael is doing them no harm either.

Leo Varadkar is on a defensive footing. Theresa May’s failed early election loomed large in his thinking. Fine Gael were riding high in the polls for much of 2019 and Varadkar found himself in the most unusual position for a Blueshirt leader.

He was standing up to both Northern Unionists and the British Government, and he did so extremely well. Brexit gave Leo a platform and he performed. Sinn Fein were boycotting Westminster and Stormont was suspended, leaving Leo as the voice of Ireland. 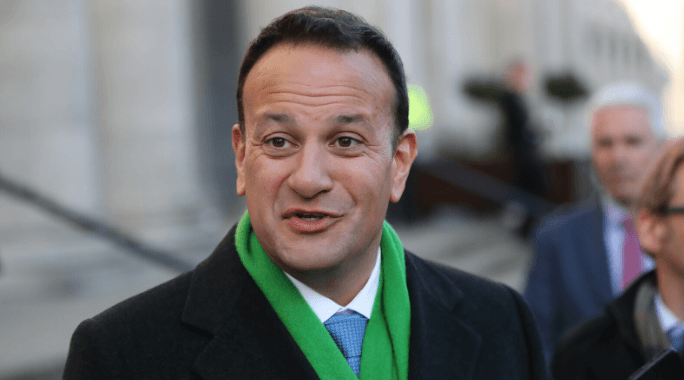 Brexit consuming every media breath would have been more than enough to see a strong Fine Gael performance. Not even the massive children’s hospital cost over-run could burst their bubble. A 2019 general election would have been kinder to Fine Gael. The decision to wait will serve as a salutary tale for future governments.

Now that Brexit is taking a break from the headlines the cracks are starting to show. The housing crisis is making the news again, and the homelessness crisis is worse than ever. Fine Gael cannot claim to be blameless.

The proposed R.I.C. Commemoration (Royal Irish Constabulary) appears to have negated most of the ‘Brexit credit’ that the party built up. Varadkar has had a bad start to the campaign and it’s hard to see a recovery from here. Martin is too long in the tooth to be caught out badly.

Fine Gael will try to make this campaign about the economy and trust. They will try to to make it about Michael Martin. They will fail. When the tide goes out in politics it rarely comes back quickly. This campaign is a two-horse race and it is the smaller parties that will feel the squeeze most. Expect Fine Gael to get 43 seats or more at 5/6 with Ladbrokes, but they will be significantly behind Fianna Fail.

FF/Green/Labour/Independents to Form Next Government

80 seats are required to form a majority government. Last year this would have been completely unachievable for either party. How quickly things can change.

Both parties have ruled out coalition with Sinn Fein so there are very limited government options. Confidence and supply is always possible, but both main parties will do all they can to avoid this.

Given a straight choice, the Green Party would choose Fine Gael. They were badly burned the last time they were in government with Fianna Fail. They won’t get that option. Fianna Fail could be just shy of 60 seats, ten or more ahead of Fine Gael. The Greens at ten plus seats will choose government.

Labour will be lower and will likely decide to join also. It has been a difficult time for Labour, and they will hope that a term in Government, even as the third party, will revive their fortunes. A number of independents will be needed to get to the magic number, 80.

The price of an Independent has gone up significantly as a result of the last government. They all want to be ministers now. Minister Healy Rae maybe? FF/Green/Labour/Independents to form the next government at 11/1 with Paddy Power represents good value.

Sinn Fein will gnash their teeth, while the Social Democrats will choose opposition to avoid getting swallowed up in a complex coalition (Sinn Fein have shown the way here, the opposition is the place to begin growth). People Before Profit and all their bedfellows will fight amongst themselves.

Cork North Central is a much-changed landscape from 2016. Mick Barry (Solidarity) is the only successful candidate from 2016 that is defending. He faces a battle to retain his seat and it is very possible that there will be four new TDs this time around. By-election winner Padraig O’Sullivan (FF) is an almost certainty. Colm Burke (FG) and Thomas Gould (SF) are likely to take the next two seats. The last seat will be a scrap.

Fianna Fail will be hoping for a second seat with Tony Fitzgerald, and had Billy Kelleher still been in place they may well have achieved it. The Green Party’s Oliver Moran will be hoping to ride the Green wave into office, but John Maher (Labour) could upset them all.

There is strong Labour history in this constituency and former TD Kathleen Lynch is still very popular. Maher took the second seat with over 10% of the vote as a first-time candidate in Cork City North East in last years local elections. He performed strongly again in the recent by-election with just shy of 10% of first preference votes. The trajectory is definitely up, and 7/2 with Paddy Power appears to be a great bet.

Mary Linehan Foley to Take a Seat in Cork East

To get to the Dáil he will have to outpoll Mary Linehan-Foley (IND) and incumbent Pat Buckley (SF). Linehan-Foley topped the same Midleton local election area poll with 2699 first preference votes. The quota was 1896, indicating a very strong performance.

Both James O’Connor and Mary Linehan Foley are from the same part of the constituency and are likely to transfer strongly to each other. It is likely that whoever is eliminated first will elect the other. Linehan-Foley’s strong performances and support base are likely to see her edge it and take the last seat at 7/1 with Paddy Power.