It is nearly approaching the year mark since Manchester United activated a swap-deal which saw Henrikh Mkhitaryan join Arsenal with star forward Alexis Sánchez coming the other way.

At the time, and on paper, it looked like the perfect deal for United, who were releasing a player that had been disappointing at best and acquiring one that would add goals, precision and a ferocious dimension to their attack.

However, the Chilean’s arrival has been anything but a smooth transition and it is now up for debate as to whether the Red Devils should part way with the striker in January.

Sánchez had built up a formidable reputation at Arsenal after arriving from a fantastic Barcelona team in which there was no room for him.

Inconsistent was a word used to describe the Chilean at first, but once he adapted to English football, Sánchez went from strength to strength and took Premier League defenders for an almighty ride.

The 2016/17 season in particular was remarkable by Sánchez’s standards. The Chilean racked up 30 goals and 18 assists in 51 appearances in all competitions, spearheading Arsenal’s attack and finally replacing Robin van Persie’s goals at the North London club.

Sánchez was on fire and there was no one with the ability to stop him.

Would Gunners fans welcome their former hero back with open arms? It’s debatable, but at 9/1 with Paddy Power it’s pretty unlikely to happen in January anyway.

What Manchester United thought they were getting with the former Udinese player was a hunger that had been missing from their first-team.

Ever since the retirement of Sir Alex Ferguson, United, under three different managers, had seemingly lost their way in terms of adopting an aggressive approach and were too laid back in how they went about breaking down teams.

They needed a tenacious edge and Sánchez had the determination and grit in abundance.

The unfortunate thing for those Red Devils fans, as well for the management at the club, is that they have only seen that side to Sánchez in a handful of appearances.

The FA Cup semi-final against Tottenham Hotspur at Wembley springs to mind where Sánchez rose to the occasion, as he so often has done, producing a memorable headed goal to help his new club reach the final against Chelsea. 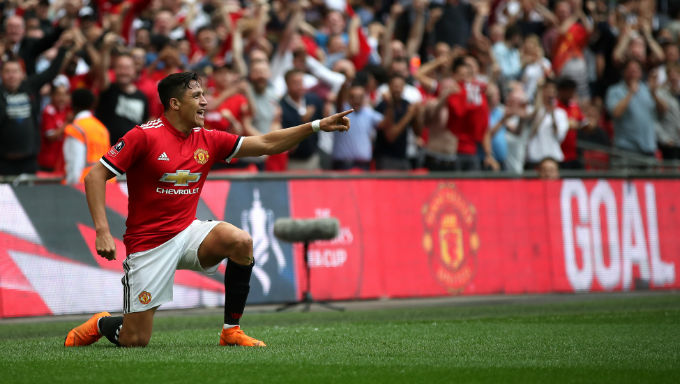 That was the Sánchez United fans thought they’d see on a regular basis.

After Sánchez’s first pre-season in half a decade, it was expected that the Chile International would start the new campaign with a fresh pair of legs and a rejuvenated approach.

Finally being able to bond with the team over the summer and understand José Mourinho’s philosophy, Sánchez should have been fit and raring to go to kick-start United’s season.

Sánchez enjoyed an impressive pre-season starting through the middle in Romelu Lukaku and Marcus Rashford’s absence, with United fans optimistic over what the future might hold for him as it appeared that the Portuguese coach had finally found a suitable position in his system for the Chilean.

Yet, after picking up an injury two weeks into the new season, it was back to the drawing board for Manchester United and Sánchez. That vital match rhythm and consistency was interrupted and he has been fighting his way back ever since late August to feature in Mourinho’s first-team and not from the bench.

Sánchez showed his willingness to run the channels for United against Bournemouth and Juventus in recent weeks, but Mourinho dropped him to the bench in the Manchester Derby and he failed to make an impact when coming on.

It is plain to see that he is out of favour with the manager that brought him in just 10 months ago.

Which now begs the questions as to what Manchester United are going to do with the striker who has only mustered up three Premier League goals since arriving in January.

Sánchez, who turns 30 before the year ends, has leaked through the people around him that he is unhappy in the North West and wants to leave the club.

It carries the same aura as Ángel di María’s plea did back in 2015, with the Argentinean getting his way in the end and moving to Paris Saint-Germain, his preferred choice of destination.

PSG, who are 3/1 to sign Sánchez before the end of the winter transfer window with Paddy Power, have also leaked to the wider media that they are not interested in Sánchez’s services at this moment in time, but it is not uncommon for clubs to say one thing and act in a completely different fashion.

It is clear that Sánchez has not fully adapted to life in Manchester and his place in the team is not guaranteed due to his poor performances.

The problem the Red Devils have is the ridiculous wage they have put him on because of the Chilean acting as a free transfer at the time.

With bonuses being added on, it is reported that Sánchez’s wage nears to £500,000 per-week, which makes it incredibly difficult for any club in the world to offer similar sums, especially if that club has Kylian Mbappé and Neymar on their books.

If Manchester United show Sánchez the door, he will expect a payout for the duration of his contract, which is not going to be cheap given his time at the club runs until 2022.

Although United will be recouping some money back due through a transfer fee, based on what clubs around Europe will have seen during 2018, it is unlikely to be an eye-watering fee.

There are pros and cons to this scenario, but if Manchester United feel confident that they are not going to see the best out of Sánchez, it might well be worth writing this off as yet another recruitment mistake and at least recouping some of the wasted money back.

La Liga giants Barcelona and Real Madrid are both priced at 8/1 with Betfair to sign the Chilean in January.

A return to the Camp Nou seems unlikely, but Madrid’s price offers some intrigue, with the Champions League winners yet to replace the imposing presence of Cristiano Ronaldo following his summer move to Juventus.

Could La Liga help Sanchez rediscover his form? With loan deals included in those odds, the 8/1 on a Bernanbeu switch might not be a bad bet at all.