When it comes to the wonderful world of betting we don’t often think of chess.

A battle of mind and spirit, the age-old strategy game remains incredibly popular the world over. There is great value to be found in betting on chess games and the 2018 edition of the World Chess Championship does not stray from the norm in this regard.

Modern chess professionals have a reputation for being composed, logical and at times quiet - but that's not to say there's never any drama in the game. This year's World Chess Championship clash is being dubbed 'Captain America vs. Thor' and is set to be an excellent spectacle for hardcore fans and casual punters alike.

The event will take place between the 9th and 28th of November at The College in Holborn, London and the top online bookmakers already have markets listed for bettors to peruse.

What Is the World Chess Championship?

In 2018 there is €1,000,000 at stake. Fading into obscurity isn't necessarily the destiny of the runner-up, but winning the championship is the top honour in the game and comes with a swathe of perks and benefits. 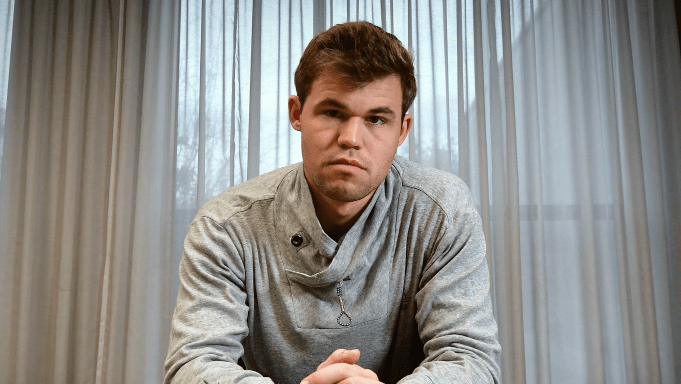 Magnus Carlsen, the defending champion, is somewhat of an enigma. The 28-year-old Norwegian grandmaster had an absolutely meteoric rise to success and is now regarded as the greatest player of his generation - if not of all time.

Carlsen is renowned for his aggressive playstyle and love of the 'midgame'. He first won the World Chess Championship back in 2013, outplaying Indian Viswanathan Anand to win the match 6.5-3.5.

Away from the board Carlsen has redefined the public image of major chess players. He's modelled for G-star Raw, appeared as himself on a Simpsons episode, created an iOS app and was even offered a role in a J.J. Abrams movie. He is currently 4/9 favourite in the world chess championship betting odds at Unibet. 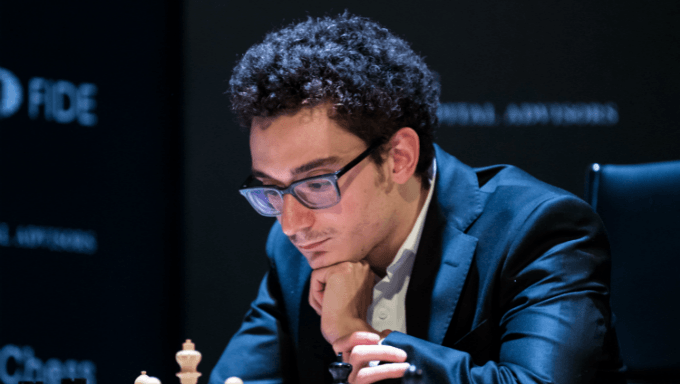 Fabiano Caruana, the 26-year-old Italian-American challenger is often compared to perhaps the most famous chess player of all time, Bobby Fischer. Caruana became a grandmaster at the age of 14, which was, at that time, the youngest in U.S. history.

This is the first time in 43 years that an American will be challenging for the title of World Champion and he's chalked up at a best price of 9/5 with Unibet to leave London with the honour.

FIDE, the primary organisation responsible for connecting chess federations across the globe (and the governing body of international chess) currently rates defending champion Carlsen at 2835 and Caruana at 2832.

The two are very familiar with each other having played a total of 56 times across both classic and blitz/rapid chess. The most recent game between the two at the 2018 Sinquefield Cup tournament ended up a tie.

How Many Games Are There in the World Chess Championship?

There will be 12 regular games of chess to decide the 2018 World Chess Championship winner. Each game is 100 minutes for the first 40 moves, 50 minutes for the next 20 moves and 15 minutes for the rest of the game with an added 30 seconds per move starting from move 1. The competitors cannot agree on a draw before Black's 30th move.

If the match is tied after 12 games there will be tie-breaks played on the final day if necessary. Firstly it will come down to the best of 4 rapid games. Rapid games have 25 minutes for each player with an incremental 10 seconds added after each move. The player with the best score after four rapid games is the winner.

If there is still a tie after the rapid games then Carlsen and Caruana will move on to blitz. This will encompass 5 mini-matches of best of 2 blitz games. The player with the best score in any two-game match will be the winner. If all blitz games end up a draw, an Armageddon game is played.

In the instance of an Armageddon game, White receives 5 minutes and Black receives 4 minutes. In the case of a draw, the player with the black pieces is the overall winner.

Where Can I Bet on the World Chess Championship?

One of the best bookies to place a bet with on the World Chess Championship is Unibet. The bookmaker is the first ever official betting partner for the competition and they offer markets on everything from the outright winner to in-play betting options like 'next move'. Unibet also offer one of the biggest selections of chess betting options for other, lesser-known tournaments throughout the year.

Carlsen is used to playing in the World Chess Championship (he's successfully defended his title twice) while Caruana will be experiencing the format for the first time. Some assert that this gives the reigning champion a strong advantage, while others maintain that it will be a tight battle.

Carlsen has been on top of Caruana in recent games. He enjoys his reputation of being a ruthless finisher but he also praised his archrival in a recent interview:

“His playing style is very concrete. He calculates very, very well and deep. He is well prepared. And he loves the centre. Caruana often sacrifices pawns, gives his opponents passed pawns, accepts attacks towards his king in order to achieve control of the centre. So in terms of chess understanding, this is what I would assess that we are the most different on, he values the centre a lot.”

There's no doubt that Caruana will put up a good fight, but it's hard to look past Carlsen retaining his title. If we use the head to head record between the two to inform our bet this is the logical conclusion. The question then is how will he go about doing so. We're tipping a draw in the first twelve games and an eventual Carlsen win at Unibet.

Caruana will come out of the gate swinging, but we think he'll eventually run out of ways to subsist before succumbing to Carlsen in the rapid or blitz rounds. Combine the Carlsen win bet with a first 12 games draw bet to extract maximum value from what should prove an entertaining affair.