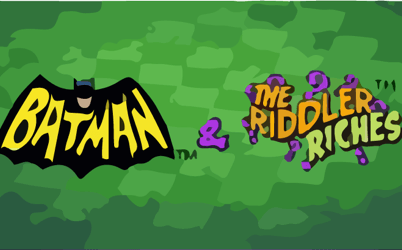 Play Batman and the Riddler Riches For Free!
Bookmark It For Later 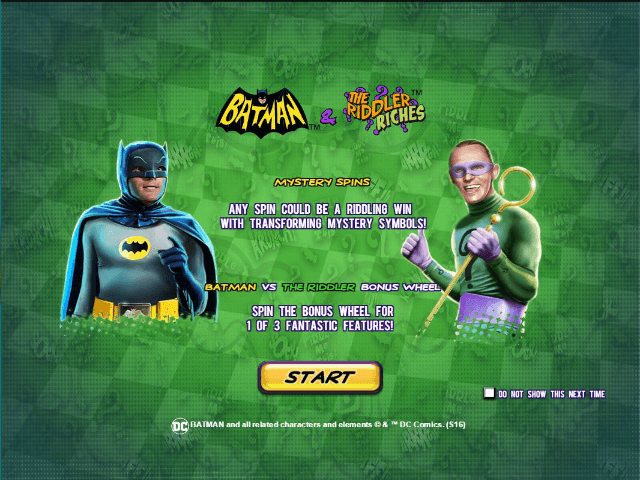 Released in November 2016, the Batman and the Riddler Riches online slot game is now known as another Playtech classic. It's a title within the brand's immensely popular DC Comics series, which features another Batman game in the guise of Batman and Catwoman Cash slot.

This top slot game features five reels and an impressive 243 ways to win – including collapsing reels, win multipliers, mystery reel features and the highly lucrative and entertaining Batman versus the Riddler Bonus. With stylish comic book graphics and sound effects, it mimics the original Batman television series that captivated audiences back in the swinging '60s. Last but not least, this slick slot is loaded with Playtech's four progressive jackpot pools for the chance to win random millions, from 0.25 to 60.00 a spin via desktop, mobile and tablet.

About Batman and the Riddler Riches Online Slot Game

When Playtech created the vision for Batman and the Riddler Riches slot machine, it specifically set the goal of creating a game that brought the classic 1960s Batman TV series back to life. The combination of retro graphics, real elements of the show and cutting-edge modern slot tech has created a beauty of a game. Symbols across the five reels include Batman, Riddler, Robin, statues, hat and gloves, Batman’s belt and police chief Clancy O’Hara, with the Batman logo acting as a wild.

Playtech's press release emphasised the power behind the brand's collaboration with Warner Brothers to create Batman slot games and others in the DC Super Hero portfolio:

“We're extremely proud of our collaboration between Warner Bros. Consumer Products and Playtech’s innovative development studios. The Batman Classic TV Series games will rapidly be followed by Superman I, Superman II, Man of Steel and a whole host of other DC Super Hero branded games.”

Spinnable from 0.25 to 60.00, Batman and the Riddler Riches online slot delivers a host of fun and potentially lucrative bonus features:

Collapsing Reels Feature
Spinning a winning combination makes the lucky symbols vanish, replaced by a cascade of new icons, which continue until you lose!
Mystery Spins
The Riddler has the power to randomly work his magic on any spin, adding mystery symbols to the paylines to create winning combinations.
Batman vs the Riddler Bonus Wheel
This special feature is triggered by matching the bonus symbol on reels one, two and three, allowing you to spin the wheel and win one of three Riddler features: