Gambling.com takes a look at the best and worst Premier League ownership takeovers since the league's inception in 1992. 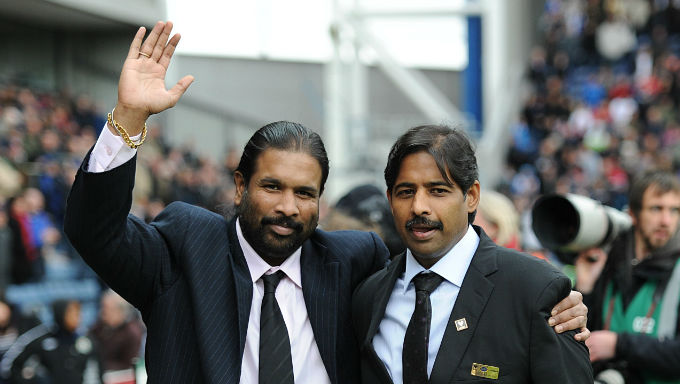 Not all takeovers are significant for positive reasons. Venky’s bought Blackburn in 2010 and immediately sacked Sam Allardyce, a puzzling decision given his achievement of leading the club into the top half of the Premier League the previous season.

Former first-team coach Steve Kean was controversially placed in charge – his agent Jerome Anderson had advised Venky’s during the takeover negotiations – and was soon shown to be out of his depth. Amid fan protests against the Indian poultry conglomerate, Blackburn were relegated in 2012.

Rovers later slipped into League One, before returning to the second tier in 2018. The latest financial figures show that Blackburn made a loss of £19.5m in the 12 months up to 31 March 2019, and the club’s debts currently stand at more than £120m. 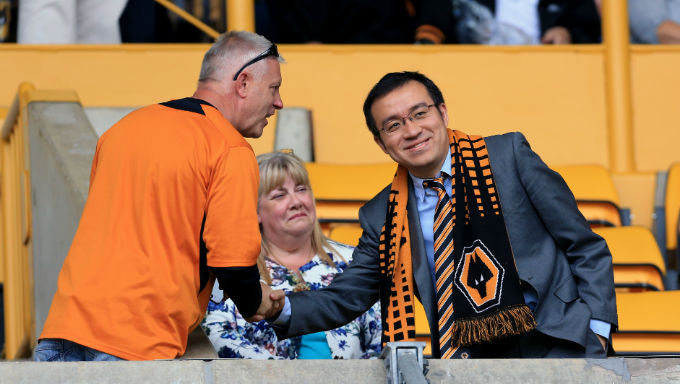 Granted, Fosun’s takeover of Wolves came when the club was in the Championship, but it has since had significant repercussions in the top flight. The Chinese investment group bought the club from Steve Morgan for £45m in 2016 and have had a major impact at Molineux ever since.

Wolves were promoted back to the Premier League in 2017/18 thanks in part to Fosun’s relationship with superagent Jorge Mendes. The Portuguese is an adviser to the club and has helped Wolves sign a number of his clients, including manager Nuno Espirito Santo and players such as Raul Jimenez, Ruben Neves, Rui Patricio, Joao Moutinho and Diogo Jota. 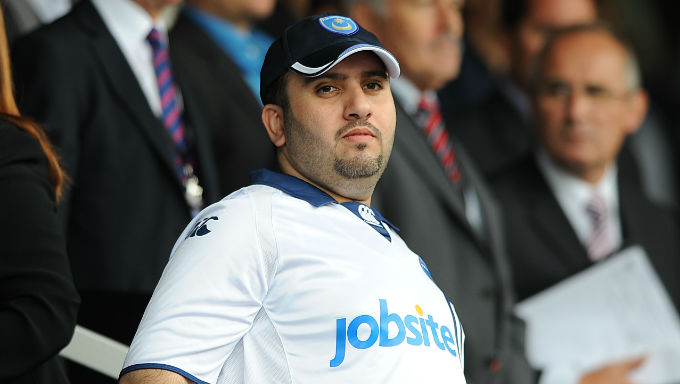 Portsmouth became the first – and, to date, only – Premier League club to fall into administration in 2010. French-Israeli businessman Sacha Gaydamak bought out Milan Mandaric in January 2006 and pumped money into the south-coast side, who won the FA Cup two years later.

Gaydamak struggled to continue funding the club, whose wage bill reportedly amounted to 90 per cent of revenue, after the global financial crisis and sold Pompey to Al-Fahim for £1. But the Emirati failed to secure the investment he expected and Portsmouth were soon plunged into crisis. Players went unpaid and Al-Fahim sold his stake after 43 days at the helm, but the damage had already been done.

In 2018 Al-Fahim was jailed in the United Arab Emirates for stealing £5m from his wife to purchase Portsmouth. 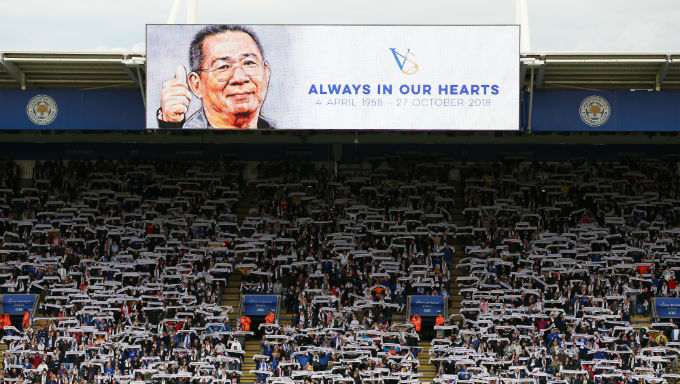 Pound for pound, there is an argument that Leicester’s current owners have made a bigger impact on their club than any of their fellow proprietors in the Premier League. Vichai Srivaddhanaprabha, King Power’s then-chairman, took control in 2010, but the Foxes were rooted to the foot of the Championship a few months later.

Srivaddhanaprabha invested wisely, though, and Leicester were back in the Premier League four years later. In their second season back at the top table they pulled off the most extraordinary title triumph in English football history, winning the league by 10 points.

Srivaddhanaprabha was tragically killed in a helicopter crash at the King Power Stadium in 2018. His son Aiyawatt now serves as chairman of both King Power and Leicester. 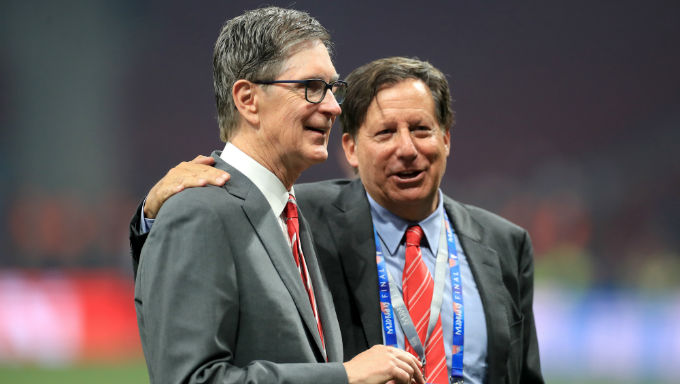 Although sometimes criticised for not doing things the 'Liverpool Way', FSG have turned fortunes on the pitch (© PA Images)

Liverpool were in the Premier League relegation zone and on the verge of bankruptcy when Fenway Sports Group took ownership of the club in October 2010.

The sports company, which is fronted by John W. Henry and Tom Werner, has overseen Liverpool’s revival in recent years, transforming them from Premier League also-rans to champions in-waiting and kings of Europe.

FSG also presided over the expansion of Anfield’s Main Stand – which raised the total capacity of the stadium to 54,742 – and hope to open the club’s new £50m training ground this summer. 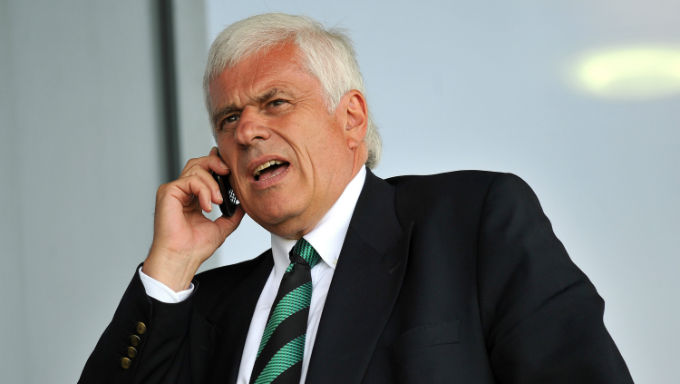 Four years after Ridsdale’s takeover of Leeds in 1997, the Yorkshire outfit reached the Champions League semi-finals. However, it soon became clear that his approach to running the club was unsustainable: under his leadership Leeds borrowed £60m against future gate receipts, gambling on the team continually qualifying for the Champions League. When they failed to do so in 2001/02, the trouble began.

Ridsdale departed in 2003, by which time Leeds’ debts had swelled to £103m. The club were relegated to the Championship a year later and have been outside the top tier ever since. 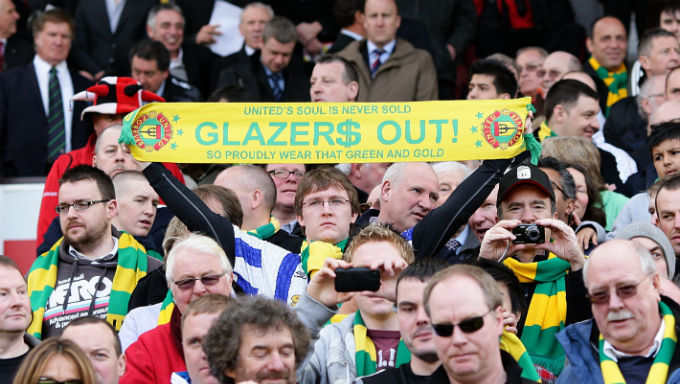 By far the most expensive takeover in Premier League history, the Glazers paid a mammoth £790m to become majority owners in 2005 – £510m more than FSG at Liverpool, who are second on the list.

Controversially, Malcolm Glazer secured the funds to purchase most of his shares by taking out loans secured against the club’s assets. That made the American unpopular at Old Trafford from the start, and the family’s standing among supporters (Malcolm died in 2014, after which ownership passed to his six children) has only worsened subsequently.

That is hardly surprising given that the Glazers have drained more than £1 billion out of the club in the last 15 years. Unfortunately for United fans, this takeover was significant for its size and method rather than any on-field success attributable to the owners. 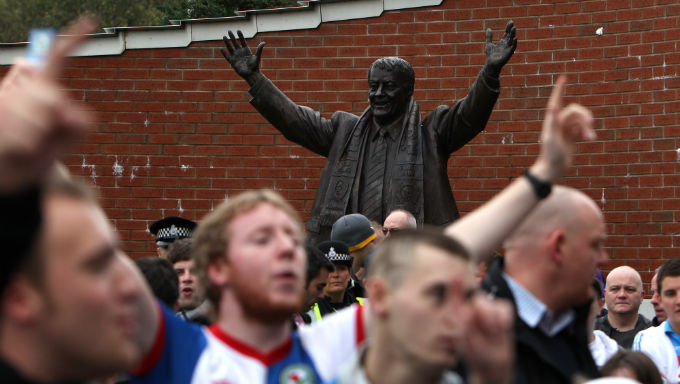 A boyhood Blackburn fan, steel magnate Walker used his vast pension pot to try and turn the unglamorous Rovers into England’s best team. He succeeded in that goal, taking them from just above the relegation zone in 1991 to Premier League glory four years later.

Blackburn twice broke the British transfer record under Walker, who spent £25m on transfers – a huge sum at the time – in his first three seasons. He also increased Ewood Park’s capacity to 30,000 and constructed new training facilities for the first team and academy. 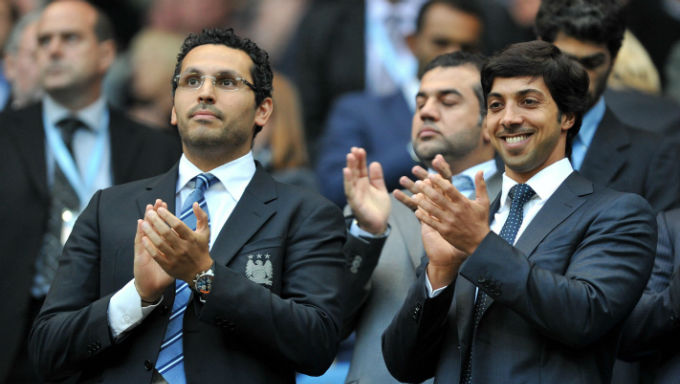 The Manchester City of 2020 would be unrecognisable to anyone who only witnessed them prior to Sheikh Mansour’s £210m takeover in 2008.

City have become the Premier League’s dominant force in the last 12 years, winning four league titles and splurging around £1.5 billion on new players. Their owners have also spent huge sums on regenerating the Etihad Campus, which features the Etihad Stadium and the City Football Academy, and have been praised for helping to regenerate the deprived east end of Manchester.

City recently fell foul of UEFA’s Financial Fair Play regulations, while Abu Dhabi has been accused of trying to improve its reputation in the face of a questionable human rights record through its ownership of the club. 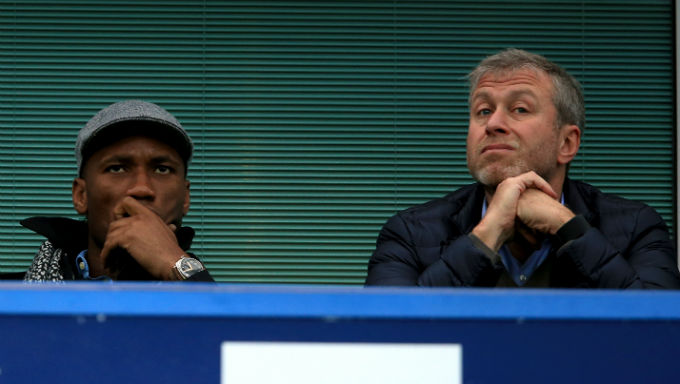 Abramovich, right, pictured with Didier Drogba, one of the best signings in Chelsea's history (© PA Images)

Abramovich’s purchase of Chelsea in 2003 was the takeover that transformed the Premier League forever. Although foreign businessmen had owned English clubs before, the arrival of the Russian oligarch ushered in a new era, as Chelsea quickly broke up the Manchester United-Arsenal duopoly by spending lavish sums on new signings.

The Blues have won five Premier League titles, five FA Cups, three League Cups, a Champions League and two Europa Leagues during Abramovich’s 17-year stewardship. Unlike Sheikh Mansour, who has only ever attended one Manchester City match, Abramovich was a regular at Stamford Bridge until the British government delayed renewing his Tier 1 investor visa in 2018.

The Glazers paid more for Manchester United and the Abu Dhabi United Group is wealthier, but neither can equal Abramovich’s takeover for sheer impact – both at his club and throughout the Premier League as a whole.

© PA
Is Now The Time To Back Harry Kane For Euros Top Scorer?
© PA
Betting Opens On Joe Biden Completing Full Term Of Presidency
By continuing to use our site you agree to us using cookies in accordance with our Cookie Policy .
Got It
×