Editor's note: One in a series of articles about the decision Colorado voters face in November regarding sports betting in the state.

Colorado voters will decide if their state will legalize sports betting.

It seems simple, but the unusual ballot language makes the voting process far from straightforward.

Here’s everything Colorado voters need to know about the sports betting vote, including the consequences for both yes or no votes, an explanation of the tax structure and the answer to why this question to approve sports betting is actually phrased as a tax to fund water infrastructure.

Is Sports Betting Legal In Colorado?

No. Colorado sports betting is still illegal. Bets placed with offshore betting sites or bookmakers are against the law.

I Thought the Legislature Passed a Law that Legalized Sports Betting?

Why Does Sports Gambling Require a Voter Referendum?

The Taxpayer Bill of Rights, better known as TABOR. Colorado’s constitution mandates that any and all new taxes must be approved by voters. That question to approve the would-be tax on sports betting comes in the form of this year’s ballot as “Proposition DD.”

What is Proposition DD?

It’s the name the government gave to the sports-betting question. Even though it’s about sports betting, it has to be phrased as a tax increase because of TABOR. It reads as follows:

Shall state taxes be increased by twenty-nine million dollars annually to fund state water projects and commitments and to pay for the regulation of sports betting through licensed casinos by authorizing a tax on sports betting of ten percent of net sports betting proceeds, and to impose the tax on persons licensed to conduct sports betting?

What Happens With a Yes Vote?

If a majority votes “yes,” sports wagering will be legal and taxed in the state. The majority of tax revenues from sports betting will go to government water projects. It will also cover sports betting regulations as well as gambling addiction services.

What Happens with a No Vote?

If a majority votes “no,” sports betting remains illegal. There will be no new taxes for water projects (or anything else).

Vote Yes on DD is the leading registered campaign group that supports the ballot measure. The majority of the state’s water conservation programs, registered gaming facilities and lawmakers also support the measure.

The only registered campaign group against the proposition is “Coloradans for Climate Justice”, which opposes the government’s approach to new water projects. It has so far raised zero dollars. Conservative, religious and other anti-gambling groups remain opposed to gaming in all forms, but so far have not registered a formal opposition campaign group.

Does This Increase My Taxes?

No, Proposition DD doesn’t increase an individual’s taxes. The only tax would be on the sports-betting operators. This has no impact on sales, real estate or other taxes.

How Does it Solicit Taxes?

The only tax would be on the winnings the sports betting operators hold from bettors. If a sportsbook took $1,000 in bets and bettors won back $900, the casino would be taxed on the $100 it won from the bettors. The tax rate is 10 percent of net winnings, meaning $100 in hold in this scenario would result in $10 in taxes for the state.

Why Does Proposition DD Talk About Water Projects?

Colorado lawmakers decided to direct most of the money to state water projects. Instead of a blank contribution to the general fund that could be allocated to any issue or subject lawmakers wanted, this law requires all tax money from sports betting to go to water projects.

How Much Money Could Sports Betting Raise?

It’s worth noting this is a high ceiling for sports betting revenue. To exceed $29 million in tax revenue, the state would likely to have to take in several billion dollars in sports bets in a year, a threshold that has been eclipsed by just Nevada and New Jersey, two states with far greater gambling history and infrastructure. 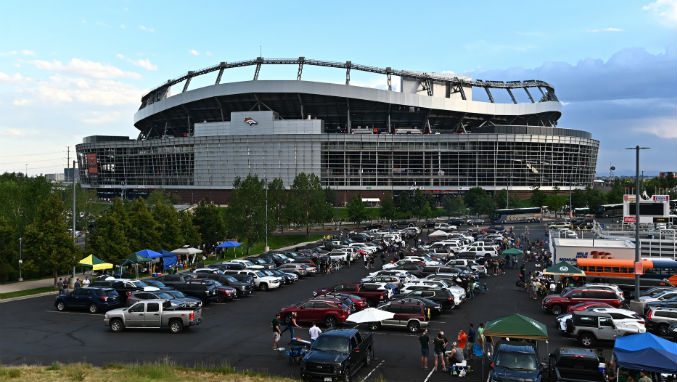 Do Other States Do it This Way?

Colorado’s sports betting legalization efforts are unique in several ways. No other state has a TABOR mandate, so a voter referendum isn’t required. Colorado is also the only state to specifically direct sports gambling revenues to certain areas. Arkansas was the only other state to have a voter referendum to approve sports betting, but it did so because of its constitutional prohibitions against gambling, not because of a tax requirement.

How Many States Take Bets Now?

There are 13 states taking sports bets now, and another five states (as well as Washington D.C.) have also approved these games. That list of five states includes Colorado, which can’t take a bet unless voters approve DD.

If Passed, When Could I Bet?

None of the states taking bets could do so right after passing a law. Sports betting requires implementation from the sportsbooks as well as new regulations from state officials (among other requirements). In most states this process has taken between three months and a year from bill signing to first bet. Colorado will likely be on the later side, as it doesn’t have much gaming infrastructure, but it’s not unreasonable it could accept wagers before the start of the 2020 football season. Football is far and away the most lucrative sports for U.S. gambling, and regulators in other states have rushed to make sure their operations opened by the season’s first kickoff.

How Do I Vote?

Colorado voting is conducted primarily by mail, though there are in-person locations where registered voters can fill out and submit a ballot. Find out more information through the Supervisor of Elections office.

When is the Deadline to Vote?

Election Day is Nov. 5. All votes must be postmarked by that date.

Where Can I Find Out More Information?

The Colorado Legislative Council Staff’s 2019 Blue Book is a great resource to find out all you need to know about the vote.

Should I Place a Bet on the Broncos to Win the Super Bowl?

No, but if you did place a Super Bowl bet with a legal sportsbook, that bet would undoubtedly help generate taxes for Colorado water projects.