Greyhound Racing - An Irish Industry in the Spotlight

As Ireland's national broadcaster RTE announces the release of a new documentary highlighting issues within the Irish greyhound trade, the industry - helped by global online betting - is in fact in full flow to stepping away from archaic behaviour of the 'of the 1-2%'.

Tracks in Kilkenny and Waterford were signed up to host a weekly early morning meeting in Ireland. The calendar gained 20 new races a week, with SIS bolstering prize money for those races to include cash incentives for every finisher.

Every Dog Has It's Pay

“It’s called run money,” explained Kilkenny manager Tom Kinane, “so even you are fourth, fifth, or sixth you’re guaranteed €20. People are not necessarily running for that, but there’s people who would have only had two dogs before the morning meetings started, now they have five because if they all run on Wednesday morning, that trainer is guaranteed to take home €100.

“If you throw enough darts at the board chances are one will hit the bullseye, you’re going to get a winner, a second, or a third. All that money adds up. Take a typical A6 race here, the winner receives €285.”

Criticism arouse from outside the greyhound industry as some felt it was negative to have early-morning meetings just to support greyhound betting from abroad. However, with a global giant like SIS supporting grass-roots racing, it has begun to thrive.

Full-time trainer David Flanagan has dogs in his kennel specifically for Kilkenny’s morning meetings and admits that without them they would have been sold to race in the UK.

“I acquired them for that job, they don’t run at any other track,” he said. “I’m training other dogs too, but it’s an extra income. They would be sold to England for €300-400 each only for these meetings.”

He added: “It doesn’t make a huge difference to me, but it does allow someone who’s small in the game, who wouldn’t have the dogs to go competing at night racing, to have a dog to go racing with - as long as they don’t mind going in the morning.”

'I'm Keeping Dogs Because of It'

Flanagan hasn't noticed many new faces at Kilkenny on Wednesday mornings, but the opportunities the racing offers to lower grade dogs has brought some trainers back. Damien Fogarty, who works full-time with greyhounds in Cashel by training, breeding and rearing them, said that in 2018 he only ran one dog. Now he has a much fuller kennel, with most of his animals bound for early-morning racing.

“It has given me racing dogs. I’m keeping dogs because of it,” he said. “In 2018 I ran one greyhound, there was no reason for me to go racing a dog. I ran A6 and A7 grade dogs this morning, and had a winner - I’ll keep them as long as they stay healthy and well.”

Fogarty added: “We’re getting a fair crack of the whip, though I still think we’re not getting a good enough deal. For me the early morning start, the unplaced money should be better.”

The initial deal with SIS offers €20 to dogs that finish outside of the top three, but similar deals in the UK pay out as much £37 - about €40. That could be among the discussions as a new deal is hashed out this month. 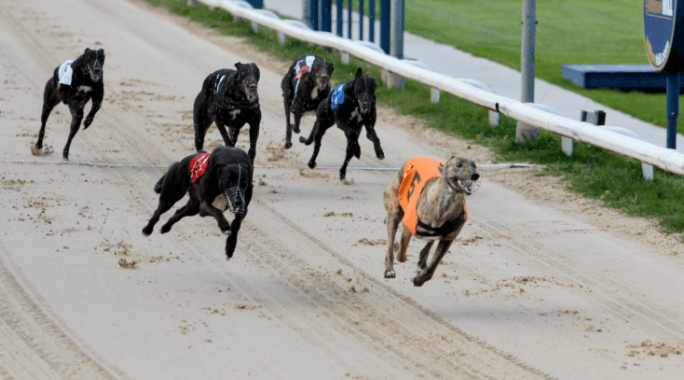 There was also criticism for supporting low-grade dogs. Some said it causes welfare issues, like over-breeding or irresponsible sales, and encourages more people to own 'hobby dogs' which they cannot care for properly.

“It doesn’t matter what quality they are,” said Kinane, Kilkenny’s manager. “The people who come in on Wednesday generally do have lower grade dogs. The problem is, years ago they were struggling to get races for them because racing was limited.

“Now these dogs are facilitated. They are as important as the higher grade greyhounds, there has to be something for them too. Before they were forced to sell them off cheaply to England, or retire them.”

It is that act of sale abroad that has been the cause of much debate this year in the Oireachtas - Ireland’s government houses - as the Greyhound Racing Bill 2019 moved towards its enactment in May.

Designed to extend and modernise the Greyhound Industry Acts 1958 and 1993, the Welfare of Greyhounds Act 2011, and the Animal Health and Welfare Act 2013, this legislation focused heavily on traceability of greyhounds, and the responsibility of owners and trainers to ensure they go on to live in caring homes.

The new RTE documentary highlights that rehoming was not the preferred option for more than 6,000 greyhounds in Ireland in 2017, and while the industry does accept that as a fact, it also stresses 2019 is not 2017 - and the 1-2% is not the 98%.

“I’d love someone to make a documentary on the good side of it,” stressed Fogarty. “The figures are there, you can’t argue with it, but that’s wrongs of the 1-2%.

“Anyone I know respects their dogs. My first priority this morning was that my dogs come home healthy. There’s no one going to make money in this. I’m not looking to get famous or get rich, I’m just trying to make ends meet because I enjoy working with greyhounds. It is a great life with a great community of people. There’s too much negativity.”

“I have had at least 17 dogs retire in the last 12 months,” said Flanagan, “and they all went in to rehoming. There are dogs that end up in the wrong hands, at times, but 99% of dogs are rehomed now through the system the IGB has in place.

RTÉ Investigates got hold of a confidential report commissioned by the Irish Greyhound Board. The report, compiled by consultants Preferred Results Ltd, cost €115,000 and its findings make for stark reading | https://t.co/aSOwRVJvjq pic.twitter.com/ztHcfHFrRb

“It’s very easy and quick. It cost me to €125 - the dog leaves my yard immediately and is put on the rehoming list. They are castrated, pet passported and ready to go. Usually, they go out foreign, to Italy, or that, but you can follow them up at any time.

“Because I have a lot of dogs, I don’t go tracing every one of them, but there are owners that would follow them up. You see videos and pictures of them going to their new families.”

He added: “The shift for rehoming [over euthanasia] has been moving for years. It started before 2017. There was a time that dogs that got small injures and were not able to run, arthritis or something, would be euthanised, but that’s well gone. With us personally, it’s gone since 1996. We have rehomed every dog that retired since then.”

The cost of the greyhound authorities rehoming service is heavily subsidised, thus providing the low cost of €125 for males and €150 for bitches, who require a more complex operation to be spayed, over a male castration.

Back at Kilkenny, the wait continues for confirmation of extending the SIS deal, but Kinane presses on. “Kilkenny was doing well enough [before SIS’s morning meetings],” he said. “I’ve been here since 2010. We’re a small track, we’re not developed like other stadiums - we don’t have big, fancy restaurants - but we’re paddling our own canoe.

“We’re still open, we’re paying our way and we’ve returned a net profit every year since 2010. Nothing huge, but enough to keep us going. If that was offered to me when I started, I’d take that. There are other things I’d hoped for that haven’t happened yet, but maybe they will down the line. This is another opportunity to make improvements, branch out, not stay the same.

“Long term, the big project is a redevelopment of the place. We’re working on that in the background. With our location, so close to the town centre, it’s brilliant. I really think if you did get the place redeveloped it would take off. [The SIS money] would be of great assistance towards that.”

What Can We Learn From Australian Greyhound Racing Revival?

Why Are Gambling TV Adverts Not Banned During Racing Too?