Is There Any Way Back For Gareth Bale at Tottenham?

Gareth Bale may have scored across all four competitions Tottenham have taken part in this season, but there's no getting away from the fact his loan move from Real Madrid has been a major let-down.

Four goals in 16 appearances isn’t particularly bad for a winger, but it’s his lack of playing time which has been the biggest disappointment for fans – an average of 50 minutes per game across those 16 outings, only seven games of which have been in the Premier League.

He was omitted from the Spurs squad for last Wednesday’s FA Cup defeat to Everton through injury, but Jose Mourinho appeared to publicly question the Welshman’s commitment following the 5-4 thriller, saying “I don’t think it is an obvious injury”.

It has been suggested that 31-year-old Bale is unwilling to push his body to the limit with the European Championships on the horizon this summer as Wales are set to take on Italy, Switzerland and Turkey in Group A.

Wales got to the semi-final stage in the last Euros and can feel confident of making their mark again this time around, but Bale’s unreliable injury record means their all-time top scorer is by no means guaranteed of being fit to take part.

It could explain why we haven’t seen the best of the four-time Champions League winner on his return to Tottenham, but some feel as though he simply hasn’t had the game-time to prove his worth to Mourinho and play a more influential role in their season.

“It’s a strange one,” former Tottenham goalkeeper Paul Robinson told Gambling.com. “He’s so far down the pecking order. Lucas Moura, Steven Bergwijn and Erik Lamela all seem to be ahead of him.

“He’s not been given game time which is no fault of his own when he’s fit and able to play. I think he was brought in with a huge loan fee and wages so it surprises me that the club have paid so much for somebody who has played such a little part.

“At the start I thought it was just a case of getting him fit and getting him ready, not wanting him to break down so they could get a full season out of him, but at this stage it just seems like he’s playing a bit-part.”

Robinson does not buy in to the theory that Bale is happy to play a minor role with the Euros in mind and would like to see Mourinho find a way to utilise him more often, particularly when star striker Harry Kane is unavailable as was the case in the recent defeat to Chelsea, when the Welshman was an unused substitute.

He said: “I don’t think he will be happy with 10 or 20 minutes at the end of a game, or to be an unused sub, he needs a proper run of games because he’s not had that for so long.

“Him sitting on the bench and then coming on for cameo roles every now and then isn’t going to suit a player who has been out for so long. 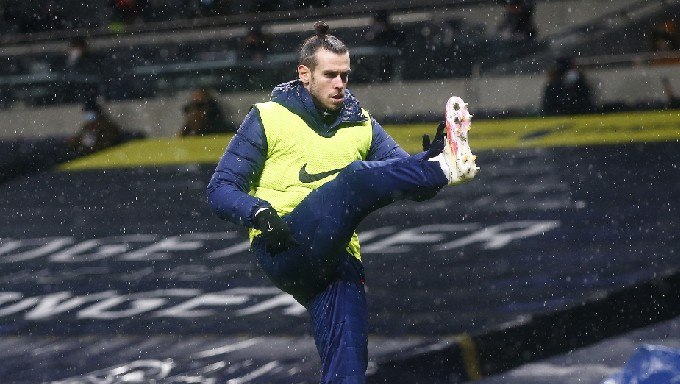 “If you’re going to utilise him well, then he needs a run of games to get up to 100% match fitness so Spurs can get the best out of him, and I don’t think they’re getting the best out of him using him the way they are at the moment.”

Given the extent of Bale’s injury history, it is quite possible that we will never again see the pace and power for which he became renowned, so revered in fact that Real Madrid paid Tottenham a then world record fee of €100.8 million for his services in 2013.

Can Bale Adapt His Game?

We’ve seen the likes of Lionel Messi, Cristiano Ronaldo and Zlatan Ibrahimovic adapt their game in order to prolong their careers, so is it time Bale tried to bring something different to the table and force Mourinho to reconsider how to use him?

“Everybody has to adapt their game as they get older, especially top players like Ibrahimovic and Ronaldo for example, and I would put Gareth Bale in that category,” said Robinson.

“But we’re not seeing enough of him to see if he can adapt his game. Spurs have got an abundance of attacking quality but you would think a player of his quality would be the first name to come in if the likes of Kane or Son [Heung-min] are unavailable.

“Instead, we’re seeing many others ahead of him in the pecking order and he’s not getting the game time so we’re not able to see if he is able to adapt his game, but it’s through no fault of his own because when he does come on I think he’s played well at times.

Bale’s contract with Real Madrid runs until June 2022, but if he is to make his loan move to Spurs permanent then he will likely need a change of management at the Tottenham Hotspur Stadium as Mourinho could well be too stubborn to go back on his stance.

However, that might actually be a feasible route back in to the side for Bale, with Mourinho currently one of the leading names in the Premier League sack race betting odds, with Brendan Rodgers mooted as a possible replacement should Tottenham’s current slump of five defeats in six games continue.

Failing that, then Bale could at least have a silver lining should he make it to the summer without injury ahead of the Euros.

© PA
How Soon Could We See The European Super League?