A Ladbrokes joint venture is opening up Spain's emerging horse racing betting industry, by becoming the first operator to take legal bets in the Andalusia region.

After a sharp decline, that has led to the closure of many racecourses, including popular southern track Mijas, business in Spanish horse racing is again booming, legislators and regulators doing what they can to accelerate this growth.

In its last breathe, back in 2013, Mijas - better known as Hipodromo Costa del Sol - put a call out to UK bookmakers asking for investment and the ability to supply betting on-course to punters, mainly British ex-pats and holidaymakers. That was not answered, for Mijas.

The deal put forward by Mijas racecourse did have worth, but it wasn't the right time. With that course failed, Andalusia's only racecourse is the modern Dos Hermanos's Gran Hipodromo de Andalucia, a thriving €30million facility.

"The agreement demonstrate Sportium’s commitment to the equestrian world and turf," said Sportium chief executive Alberto Eljarrat, "and means a significant increase in our offering, something in which we are leaders in the Spanish market."

Sportium takes bets on racing in the UK, US, France and South Africa, recently linking with France's pool, the PMU, to become its first partner in Spain. This wealth of offerings was key to sealing their deal with Gran Hipodromo de Andalucia.

"We have 80 daily races," he said. "Every 5-10 minutes we have a race you can bet on and watch. Horse betting has something really unique: when you know more about the sport, you get to win more - and that is something that the player really likes.”

The Gran Hipodromo de Andalucia holds the exclusive license for horse racing betting in the region, and is the first Spanish racecourse to enter a partnership with a gaming operator.

In August, niche British media agency the Racing Post, partnered with Orenes Grupo to supply horse racing data to betting shops, and now Ladbrokes's deal through Sportium is another door opened for the Spanish horse racing and betting industries.

It was a business almost wiped out by the financial crisis of 2007-08, which caused Spanish GDP to contract by almost 9% from 2009-13. Just as the tide turned, Mijas folded, and disputes raged throughout the industry, three races taking place on the mainland for eight months up to July 2015, owing to a political wrangle over image rights.

Even Spain's busiest racecourse, Madrid's La Zarzuela, was forced to close for almost a year over a dispute linked to financial losses and re-opened only by the power of an agreement brokered by Inigo Mendez de Vigo, minister for education, culture and sports - and racehorse owner.

Spanish Stud's On Up 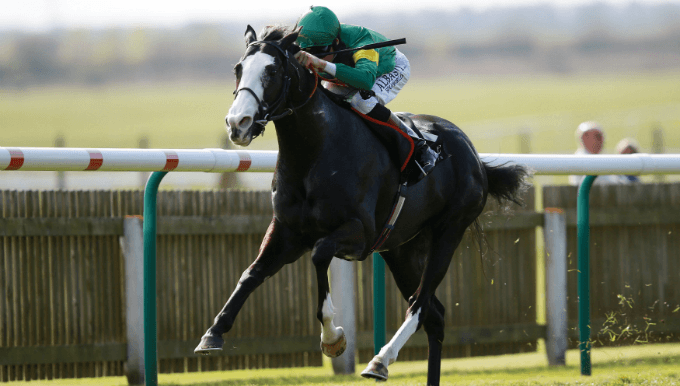 As Spain's horse racing industry recovers, with the help of government and gambling operators, so too does the grass-roots with high-profile stallions recently retiring to stand at Spanish Studs.

Noozhoh Canarias, sired by Spanish stud Dehesa de Milagro's stallion Caradak near, in 2014 became the first Spanish-trained (and Spanish-bred) horse to run in a British Classic when finishing a respectable sixth in the 2,000 Guineas at Newmarket.

The seven-year-old was bred and owned by the Bolano brothers - running in the colours of their Canary Islands supermarket chain Grupo Bolanos Gran Canaria - and will retain that ownership while standing at stud in Yeguada Torreduero near Valladolid, alongside Group 3 winner Lightning Moon.

Noozhoh Canarias was the first Spanish-trained star to light up Britain since top sprinter Equiano won the Group 1 King's Stand Stakes at Royal Ascot in 2008 for Mauricio Delcher Sánchez (who now trains in France) - that son of Acclamation winning the Group 1 again in 2010 for new trainer Barry Hills, before retiring to stand at stud in Britain.