Those who have traveled to Las Vegas can rightfully become awed by the enormous casinos and resorts in the desert city. But the largest casino in the US (and world’s biggest casino) isn’t on the Las Vegas strip. It’s more than 1,000 miles away. In fact, none of the 10 largest casinos in America are in Nevada.

It’s the world’s biggest casino with an unrivaled gaming space, and it’s located one hour north of Dallas and 90 minutes south of Oklahoma City. In 2018, Thackerville had a listed population of 483.

1. There are four gaming “plazas” depending on your mood, designed with the sights and sounds of New York, Paris, Beijing and Rio.

2. The Global Event Center plays host to big-name concerts and acts in a modest 3,500-seat venue, from KISS to Blake Shelton, Tony Bennett and Jerry Seinfeld.

Play at the WinStar Social Casino: If you can’t make it to Oklahoma, you can play slots and casino games at its social casino, which is legal in most states. 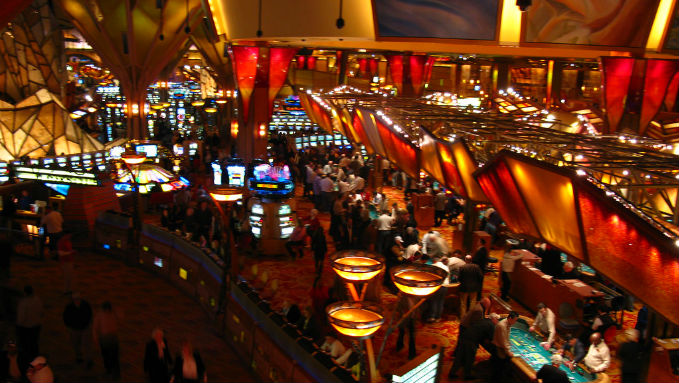 The Mohegan Sun, operated by the Mohegan Tribe, has undergone three big renovations since opening and comprises two huge casinos rolled under one roof and true entertainment hub spread over 240 acres. In addition to its thousands of gaming machines and casino games, there are 45 restaurants, bars and lounges and a 130,000 square-foot shopping area.

1. The resort is home to two professional sports teams, the Connecticut Sun of the WNBA and the New England Black Wolves of the National Lacrosse League.

2. The Sun offers helicopter transportation between the casino and Manhattan.

3. The Casino of the Sky has a planetarium-like dome made up of 12,000 individual plates of onyx from around the world, fused into glass in Italy before being shipped to Uncasville.

Tribal casinos continue to dominate this list, and the massive Foxwoods covers six casinos and over 200 acres. Its 2,266 hotel rooms rank No. 4 in most rooms in the country outside of Las Vegas, trailing only Disney’s Pop Century Resort, Opryland and Harrah’s Atlantic City.

1. Foxwoods’ 114-table poker room ranks as the third largest in the world, after Commerce Casino and Bicycle Casino in the Los Angeles area.

3. The property offers scenic wooded trails and a zipline that rises 350 feet into the air. 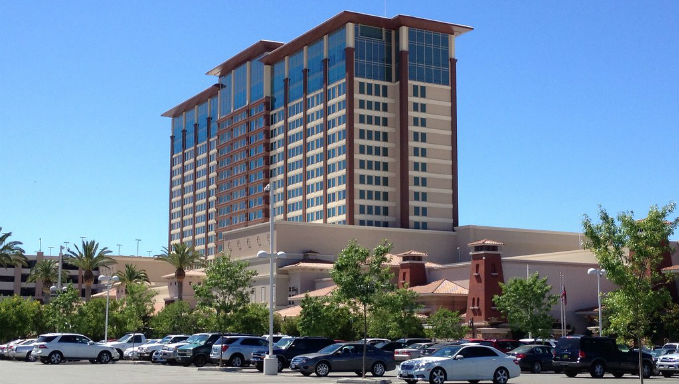 There are 16 casino games offered at the casino owned by the united Auburn Indian Community, located 30 miles northeast of Sacramento. It was given a Vegas feel, originally built by a Las Vegas-based designer and managed by Station Casinos until 2010.

1. A 2010 expansion added a luxury hotel with more than 400 rooms and a top-class spa with health club to its massive gaming area.

2. There are 14 restaurants and bars on the property, plus an outdoor amphitheater.

The music-inspired resort, owned and operated by the Seminole Tribe of Florida, is the biggest casino in the state. Song lyrics adorn the walls and music videos and songs play on multiple screens, including one inside a waterfall.

1. Music is, of course, a theme at the Hard Rock. It can set up a soundtrack for your stay, and you can rent your own Fender Guitar and jam out in your room (with headphones).

2. Smoking is allowed, but there is a 26,000 square foot, smoke-free mezzanine level featuring gaming tables and high-limit slots.

3. High-limit slots players can find machines for $1,000 per pull in a 13,000 square foot gaming space expansion dedicated to the big spenders.

RELATED: Looking to get some gambling in before hitting the gaming machines and table games at these massive land based casinos? Then check out the top online casinos in your state and sign up for an account today!

San Manuel, 60 miles east of Los Angeles, has the most available slots to play anywhere on the West Coast.

1. Not only does San Manuel have a lot of slots, it has a lot of different slots: more than 600 by its own count.

2. Like games such as Baccarat and Pai Gow? The Lotus 8 Palace features table games as well as Asian-inspired slot machines.

3. The casino has no hotel connected to it but features 11 restaurants, including a Mexican restaurant owned by comedian George Lopez. 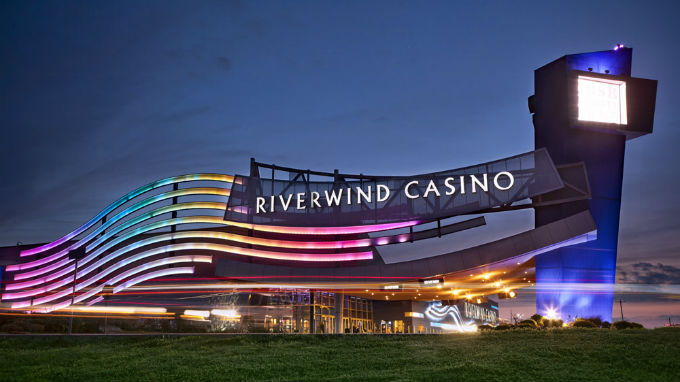 The resort is owned and operated by the Chickasaw Nation of Oklahoma. Despite its mammoth gaming floor, the Riverwind Hotel features a modest 100 rooms.

3. Looking to mix sports and casino gambling? The Riverwind is just five miles from the University of Oklahoma.

The resort and casino welcomes roughly 300,000 per year, with more than 80% of them coming from Texas. It’s roughly 90 minutes north of downtown Dallas.

1. The casino boasts its own movie cinema and a 20-lane bowling alley.

2. A spa and grand indoor and outdoor pool area are available exclusively to guests staying at the hotel. 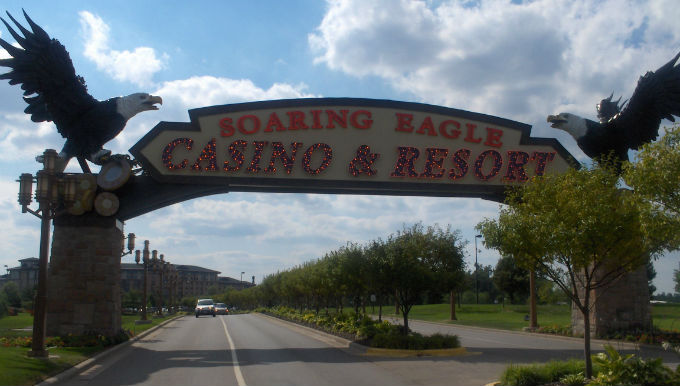 The casino is owned and operated by the Saginaw Chippewa Tribal Nation. It went through a series of renovations in 2018 totaling nearly $27 million including a new sports bar and night club, along with new high-limit and VIP gambling areas.

1. The resort turned its former bingo hall to a concert venue and has an outdoor amphitheater that seats more than 11,000.

2. There is something for the kids, including a redesigned and massive Kid’s Quest area with games and activities for all ages.

3. Those who don’t want to fork over the money for a resort room can stay at its RV Park for $20 per night.

In a list dominated by tribal casinos there’s this $2.5 billion hotel and casino completed in 2019. It is dubbed the “largest private single-phase construction project in the history of Massachusetts.

1. The Encore boasts two floors. The main level is filled with slots and a 40-foot ceiling with glass chandeliers. The second level features tables games and high-limit rooms.

2. The Wynn Resorts property includes a five-star hotel with more than 600 rooms.

3. The 33-acre property features 13 restaurants and a row of luxury retail shops and is full of art, including a $20 million statue of Popeye the Sailor.

Wazdan Q&A: Andrzej Hyla on Sonic Reels & More
© PA
Face Masks Required In Casinos As COVID-19 Cases Spike
© PA
Evolution Gaming Set to Acquire NetEnt for Over $2 Billion
By continuing to use our site you agree to us using cookies in accordance with our Cookie Policy .
Got It
×