With 2020 just around the corner, the new year fixture list boasts one standout contest as Arsenal host Man Utd. A rivalry which almost defines the Premier League era.

It’s a fixture that evokes plenty of memories when the two were at the top of their powers, battling for honours both at home and abroad. You think of this fixture and you think of the FA Cup semi-final replay at Villa Park, where Ryan Giggs scored in extra time before swirling his shirt high above that hairy chest of his.

How about the 0-0 at Old Trafford in 2003? OK, there was nothing remarkable with the scoreline but the fierce title rivals clashed in other ways, resulting in eight yellow cards and a red for Patrick Vieira. His foul led to a 91st-minute penalty, taken by Ruud van Nistelrooy (Aaah I hear you say, that one!). The Dutchman hit the crossbar before Martin Keown went ballistic at the United number 10. 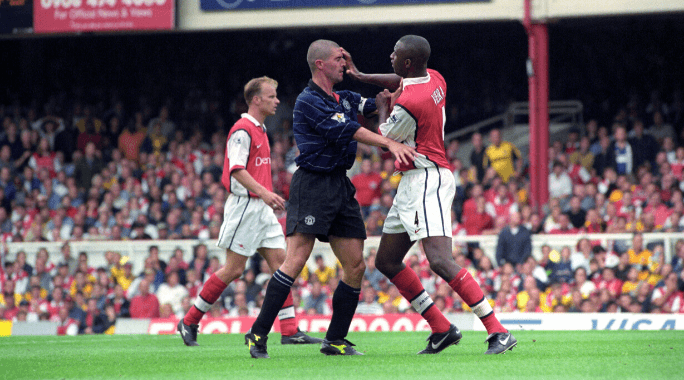 Then the following season, there was the 49th game of Arsenal’s 49-game unbeaten run, where van Nistelrooy, of all people, scored the first before Wayne Rooney’s late penalty. United revelled in the delight of ending the Gunners historic run. If the Gunners were left with egg on their face, Sir Alex, got pizza. The start of football’s version of whodunnit.

And finally, the infamous spat between Roy Keane and Patrick Vieira in the tunnel at Highbury in September 2005 which was captured by the Sky cameras. There was a ruckus amongst the shadows at the back and a sudden explosion of noise. It soon becomes clear who was involved as referee Graham Poll marched up the dark, narrow walkway shouting “Roy, Roy, Roy”.

First to appear was Vieira, who was being told to clam down by fellow countryman Pascal Cygan.

What’s interesting is that before an enraged Keane emerges, Vieira belatedly acknowledges the mascot at the front. Vieira tries to pacify him, like a child who's just witnessed a barny between his parents. The mascot appears to be loving it.

Then, out of the darkness steps Roy Keane. Incandescent. Effing and jeffing at how the Frenchman is picking on Gary Neville and the infamous “we’ll see you out there” line. It’s brilliant pantomime, and such a shame that we’ve yet to see this kind of rivalry since.

But in recent years, the fixture has slowly changed. From being title rivals, the two sides have become embroiled in the battle for fourth place. Now, only 1 of them is eyeing a Champions League placing while the other is trying to salvage some pride, sitting just six points above the relegation zone.

Now isn’t the best time for either club to release a ‘decade challenge’ photo.

Forget Wenger and Fergie, forget Wenger and Mourinho. This is Arteta and Soljskaer’s time. Two rookie managers trying to steer their sides back towards those heady days.

The two clubs are at very different stages of their current long term ‘projects’. While Solskjaer is 12 months into his, there are reasons to be positive. For Mikel Arteta, this is the start of a gargantuan task, as he tries to re-establish a playing philosophy, a harmonious dressing room and a connection between players and supporters.

Winless in two games, these are early days - but there have been glimpses of improvement under Pep Guardiola ’s former assistant.

On Boxing Day, Arteta kicked off his managerial career with a 1-1 draw at Bournemouth. Not the most spectacular start. But the Gunners had to come from behind with Arteta pleased with his player’s “attitude, character, passion and fighting spirit”. 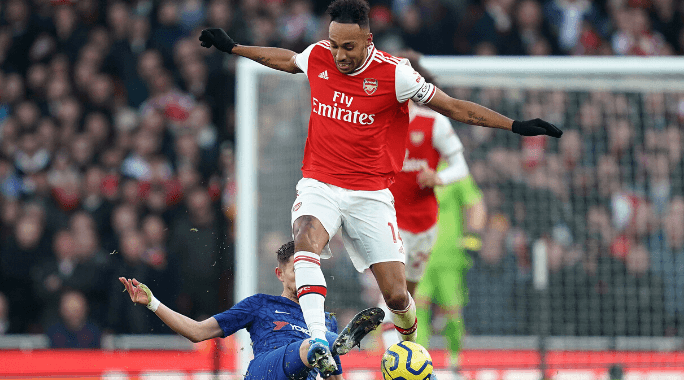 There was definitely a touch of Pep in the way he went about it. Apart from the turtle neck jumper, the style of play had a familiar ring to it.

As you’d expect, Arsenal continued to build from the back but they played with more purpose. Their defensive weakness, however, meant out of possession, their backline would fall back deeper than usual. When hunting the ball, they pressed in pairs.

Whilst in transition, they attacked as a unit, going forward in numbers, which meant Mezut Ozil and Aubameyang moving closer to Alexandre Lacazette, with a high energy supporting cast.

At home to Chelsea, Arsenal put in arguably their best 45 minutes of the season - highlighting the team’s potential. They were aggressive and committed. They hassled and harried against albeit an unbalance Chelsea side.

The sight of Aubameyang chasing back to tackle near his own penalty area even had the home fans in raptures. Ozil also put in a tireless performance until he was replaced. I am pleased to report, however, that no gloves were harmed in the making of this substitution.

In the end, the Gunners were undone by two bad mistakes in the last 10 minutes. Goalkeeper Bernd Leno, who's been one of Arsenal’s standout performers, misread Mason Mount’s high cross, missing the ball altogether, giving Jorginho a simple tap in at the far post. All this before Tammy Abraham made easy work of bamboozling Shkodran Mustafi for a dramatic late winner.

For much of the second half, the Gunners ran out of legs, looking spent from Arteta’s high pressing style.

Interestingly, Granit Xhaka missed the game through ‘illness’. His agent is reportedly closing in on a deal with Hertha Berlin. Maybe the public falling out with the fans during the Manchester City game has left a permanent scar on the Swiss international.

But for the likes of Ozil and Aubameyang, Arteta showed there is a future for them at the Emirates. This is where his man-management skills played a key role at Manchester City. His role at the Etihad wasn’t only to coach, but also seek one to one talks with individuals on where they could improve. To boost their morale and confidence. He did it with Leroy Sane and Raheem Sterling. Their progress speaks for itself. 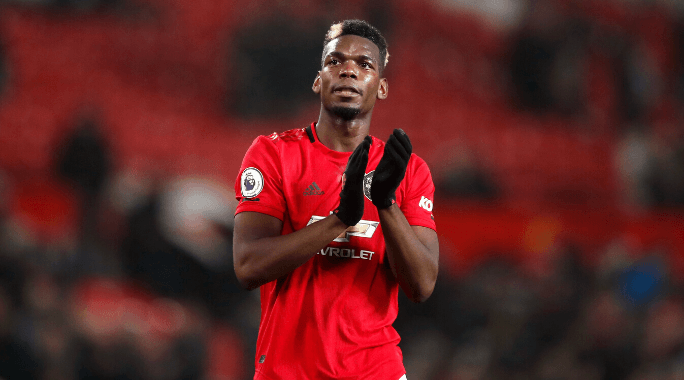 The question now is can Arteta get Ozil, Aubameyang and the others to repeat that kind of performance on a regular basis? And what better time to do so, than in a home game against Manchester United.

United themselves are in much better shape than Wednesday’s hosts. That in itself says it all in terms of the Gunners current state, with the Red Devils on their lowest points tally at this stage of a season for 31 years.

They’ve suffered just one defeat in nine after wins over Newcastle and Burnley, are looking to register three consecutive league wins for the first time in almost a year. Some might say they’re not the toughest of opponents but after defeats already to Crystal Palace, West Ham, Newcastle United, Bournemouth and Watford - it’s a good sign.

Ole’s Side Beginning to Gel

Solsjkaer's belief in youngsters from day one is also starting to pay dividends. Scott McTominay, who’s now out for the next few weeks with a knee injury, has shown consistency beyond his years, with Mason Greenwood and Brandon Williams holding their own when given the chance.

Anthony Martial and Marcus Rashford have also given themselves a great platform to build on - scoring 19 goals in 15 games in which they’ve started together. After a tough start, Fred is also now showing why the club went out on a limb to buy him.

The one big question mark concerns the fitness of Paul Pogba. The 26-year-old is still feeling his way after a 12 week lay off and didn’t feel up to the rigours of Burnley away, some 48 hours after playing the entire second half against Newcastle.

If he starts on Wednesday, Arsenal away would be some game to announce your return to first-team duties. It’s the sort of game he would relish in.

A Frenchman patrolling the centre of midfield, in an Arsenal v Manchester United fixture.

Remind you of anyone Roy Keane?