It’s strange to think that in the summer, the one Premier League club in a full-blown ‘crisis’ was Newcastle United. With just a few days to go until the start of the new season, the Magpies had yet to replace their former Champions League winning manager Rafa Benitez or their top two goal scorers from the previous season in the shape of Salomon Rondon and Ayoze Perez.

Rafa was much loved amongst the Geordie faithful and was seen as someone who, with some financial support, could help bring the good times back to that part of the North East. However, his contract ran down and he decided to take up a new challenge in China. For many fans, he was their only real ray of hope.

Rondon, on loan from West Brom, took the hearts of the locals with his physical style reminiscent of the archetypal number 9s historically worshipped by Newcastle fans. Perez, meanwhile, always had the potential to go on a scoring run.

It was thought they would get the chance to build on what looked to be a promising front three with new arrival Miguel Almiron, and there were brief glimpses that the three Spanish speakers might gel under Benitez. 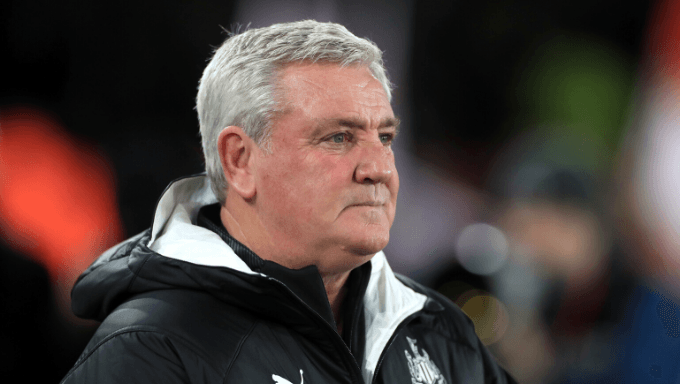 But with three of them gone, the mood amongst the fans hardly improved when the club announced the appointment of former Sunderland boss, Steve Bruce. Plans to boycott the club, along with fans protests against the owner Mike Ashley, were in full swing ahead of the season’s curtain-raiser against Arsenal.

Unfortunately for Bruce no sooner had he arrived he was immediately installed as bookies' favourite to be the first manager to lose his job.

Yet, here we are, four months into the new season and having seen six Premier League managers sacked from their positions and Steve Bruce has quietly helped Newcastle up to 11th place - on the same number of points as Arsenal, two points behind Tottenham and just three off Manchester United in fifth place.

On Sunday, the Magpies passed the 20-point mark in the Premier League - a milestone that took until the end of January to achieve last term. Last summer’s relegation certainties are seven points above the drop zone.

Not bad, when you consider that a 10 men Magpies side were thumped 5-0 by Leicester City in only their seventh game of the season and left languishing in 19th place.

I must admit, after watching that performance I feared for their top-flight status, even at that early stage of the campaign. So too did Bruce who didn’t pull any punches afterward when claiming his players had “completely surrendered” against the Foxes. It was a tactic that could’ve alienated the dressing room - but it seems to have had the desired effect.

Since their Foxes failings they’ve gone on to win five of their next nine league games, losing just twice. Maybe it was the kind of result they needed to focus players' minds that little bit more.

Bruce then reverted to a more defensive approach in a 5-4-1 formation. Their style of play is as far removed as you can get from Kevin Keegan’s entertainers of the 90s but there is a similarity to the way they played last season under his predecessor as they look to hit teams on the counter. Maybe Bruce isn’t that dissimilar to Benitez after all.

Accusations of poor in-game management were answered in the best possible way when Andy Carroll came off the bench to help Sunday’s comeback win at home to the Saints.

Up until the weekend, Bruce’s Newcastle had failed to achieve any consistency against teams below them - dropping points against the likes of Aston Villa, Brighton, Norwich and Watford.

Still Issues To Be Addressed

But with their possession stats amongst the lowest in the Premier League, Bruce’s approach hasn’t exactly got the fans flocking to St James Park. There were 10,000 empty seats against Southampton in what was Newcastle's lowest home crowd for a Premier League match since November 2010.

It clearly shows that there’s still some way to go for the fans to buy into Mike Ashley’s latest project.

While new Brazillian striker Joelinton is yet to convince, flying winger Allan Saint-Maximin, a £16.5 million purchase from Nice, has caught the eye. He’s started nine of their 16 Premier League games, scoring and assisting once. He’s one of very few who can get the St James Park faithful off their seats. 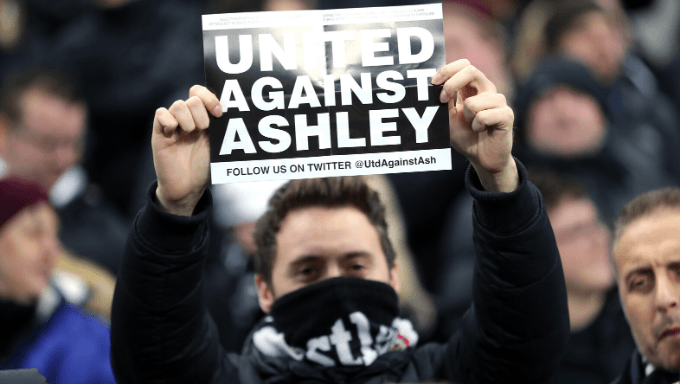 I like him. He gives his all. Unfortunately, he could well be sidelined for a few weeks after leaving the ground on crutches after their latest win against Southampton, revealing his injury was a ‘bad one’. Newcastle fans haven’t had a player as fast and unpredictable as Saint-Maximin for quite a while, maybe since the days of Hatem Ben Arfa. Any prolonged absence would come as a huge blow.

Despite the club enjoying their best Premier League form for five years, there will always be plenty of skepticism from the fans as to where the club is heading under the current owner.

The club’s recent offer of giving away 10,000 season tickets is being viewed as a mere PR exercise. It will, however, be interesting to see whether numbers continue to be down should the team continue its upward trajectory.

But in the meantime Steve Bruce continues to do all he can to give the supporters, especially those who do attend, something to smile about.