Coats have become a bad omen for recent Arsenal managers. Whether it’s zip trouble or clashing with the opponent’s strip, the Gunners have struggled to find the right fit.

Unfortunately, there’s no sugar-coating Unai Emery’s 18-month spell in charge, where very little seems to have improved since the Arsene Wenger days.

It became clear on Thursday night that Arsenal fans had lost patience with Emery with the sheer number of empty seats on show against Eintracht Frankfurt in the Europa League.

Emery leaves the Gunners clearly misfiring, without a win in seven in all competitions and eight points behind the top four, trailing the likes of Sheffield United and Burnley. They’re in the midst of their worst run since 1992. 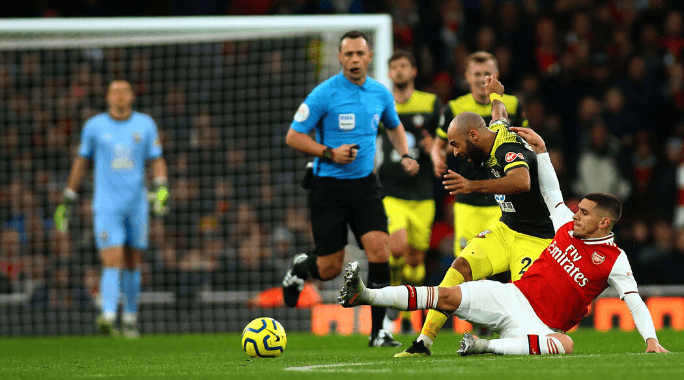 Emery’s final game against Frankfurt also epitomised Arsenal’s problems. It was the fifth time in their last seven games where they had led but failed to win - prompting questions once again over the team’s defence, mentality and lack of leaders.

The team selection was unconvincing with Sokratis and Shkodran Mustafi the two centre backs, defender David Luiz playing in midfield alongside the previously ostracised Grant Xhaka.

Very few would’ve guessed that line-up. In fact, after a year and a half under Emery, you would’ve been hard-pressed to name his strongest XI.

But in his defence, Emery had been beset by off the field issues. If it wasn’t Laurent Koscielny refusing to go on the club’s pre-season trip to try and force a move through, there was also the Ozil and Kolasinac attempted carjacking episode. Not to mention Xhaka’s reaction to the crowd when booed after being substituted a few weeks ago, which I previously discussed.

In terms of recruitment, how much say did he have on the individuals coming in? Despite talk of a modest transfer budget, the perception was Arsenal did well to recruit Kieron Tierney, David Luiz and Nicolas Pepe.

But on closer scrutiny, why spend £72m (albeit in instalments) on an attacker such as Pepe when Pierre-Emerick Aubameyang and Alexandre Lacazette were scoring goals already last season when the defence needed an overhaul? And how could adding the unpredictable Luiz to an already unconvincing defence ever going to be enough?

Emery’s handling of the Arsenal captaincy was avoidable. Having five captains reflected someone shying away from the tough decisions. Why was it chosen by committee? Even then, his choice of Granit Xhaka always had the fans on the back foot, who were far from convinced by Xhaka’s place in the team. In total, Emery had nine captains in his 78 games.

Playing Lucas Torreira in a more advanced position has also been questioned by supporters. Similar to the way N’golo Kante has been pushed further up the field for Chelsea, Torreira (who has been far from a regular) has been asked to do likewise. A puzzling decision after Torreira was one of their best players last season when screening the defence.

If anything the defence has got worse under Emery. Under his management, 15 errors have led to goals for the opposition in the Premier League - more than any other top-flight club in that time.

Emery’s handling of Mesut Ozil’s place in the team lacked consistency. From being made an outcast to then being re-installed (a penny for Ozil’s thoughts right now though).

His ability to communicate also seemed to be an issue. Whether it was with the players to get his ideas across or to the media. Despite being far from fluent in English, to his credit, Emery did his best to address journalists in a new language. It never really worked. His attempts though should be applauded and not mocked.

It’s easy to forget that Emery’s first season was pretty encouraging - they even went on a 22 game unbeaten run leading to a 6th placed finish in the Premier League and a Europa League final. But there was always the impression that it papered over the cracks, as seen by being comfortably beaten by Chelsea in Baku.

Arsenal must now rediscover their playing identity. Something else that has also been lost in translation.

We knew how Wenger wanted to play, but the same couldn’t be said under his successor. Was it possession-based? Was it counter attacking?

Similar to how Manchester United have struggled to replace Sir Alex Ferguson, the same could be said for Arsenal post-Arsene Wenger. But whereas United are on their fourth manager since Sir Alex's departure, the second name to come in after Wenger is now crucial. The board now have a massive decision to make - and it has to be the right one.

They’ve wasted little time in installing Freddie Ljungberg as the new interim head coach - the board no doubt hoping the crowd favourite will have the same galvanising effect as Frank Lampard at Chelsea.

Ljungberg was part of Arsenal’s Premier League title-winning teams of 2002 and 2004 and only became part of the first-team setup in the summer. Unlike Lampard, he has no management experience, having only assisted at Wolfsburg for 6 months in the 18/19 season.

He’ll take charge for Sunday’s game at Norwich. His starting 11 will be fascinating. Will Ozil and Xhaka both start?

Is Ljungberg The Long Term Answer?

Of those being linked as a permanent successor, a front-runner with top bookies is Wolves’ Nuno Espirito Santo. But would he come? He’s building something special at Wolves after winning promotion to the Premier League where he claimed a 7th placed finish in two seasons. Nuno has shown that he can improve players, something that was rarely seen at Arsenal under Emery. Nuno is clearly adored at Molineux and has the fans on side.

Mikel Arteta obviously spent five years as a player with the Gunners and came close to getting the job in May 2018 when the club opted for Emery. He’s currently in his third season as an assistant at Manchester City and Pep Guardiola has said he expects Arteta to stay at the Etihad until the end of this season at the very least. 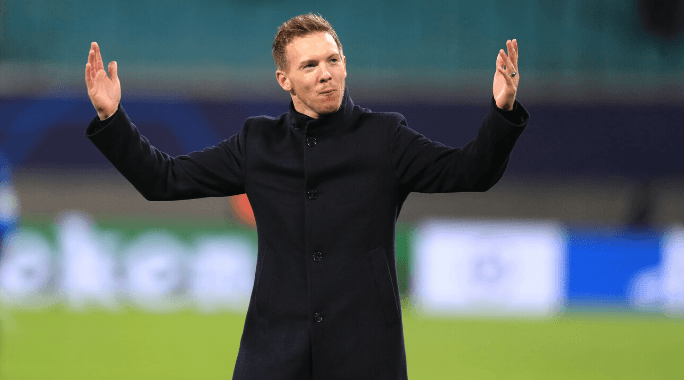 How about the prospect of former Tottenham manager Mauricio Pochettino? If Pochettino wasn’t willing to go to Barcelona having managed Espanyol, surely that would make a move across North London a no-go? Stranger things have happened.

While the club might prefer to go for a heavyweight candidate such as Max Allegri, a talented and well-respected coach, I just feel someone more in the mould of Julian Naglesman from RB Leipzig would have the long term very much in mind. Someone with new, fresh ideas.

One of the positives under Unai Emery was his faith shown in youngsters. So much so, he played nine teenagers during his time in charge with the like Reiss Nelson, Joe Willock and Bukayo Saka showing real potential. They, however, need direction - as does the club.

Right now, Arsenal are at a crossroads and their next turn is crucial.