As the dust settles on the third round of the FA Cup the debate has once again ensued whether or not the competition has lost its sparkle, with several Premier League teams making numerous changes to their line up after a hectic festive schedule in a bid to achieve their top-flight ambitions.

It’s certainly not a new debate. It crops up every year. But this time it was the Aston Villa manager Dean Smith who openly said he felt the world’s oldest cup competition had lost its magic. To be fair to him, he then spoke of his game’s 5.30 pm kick-off time (being far from the usual Saturday 3 pm norm) and the fact the FA Cup final has been played on the same day as other Premier League fixtures.

But as we all know, TV companies now have a big say in terms of when games kick off - whilst re-arranged fixtures have meant an unfortunate clash with cup final day.

Smith himself came in for criticism after making nine changes to his line up for the defeat to Fulham. Villa do, however, find themselves in a somewhat unique position.

Not only had they recently lost their best goalkeeper and multi-million-pound striker to season-ending injuries, but they’re also in a Premier League relegation battle and are one of four sides who must contest a semi-final first leg of the Carabao Cup some four days later - Smith clearly had to prioritise. 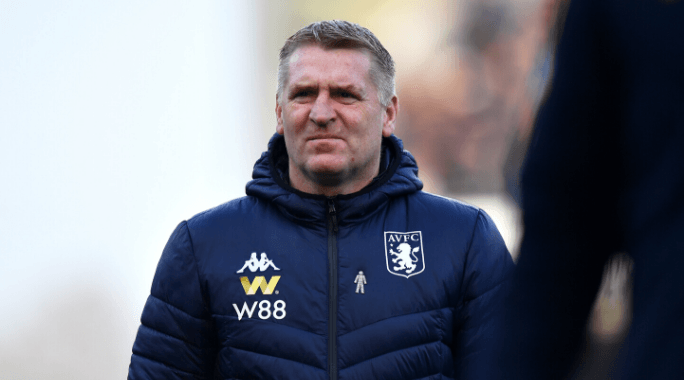 With a League Cup semi-final on the horizon, his decision to make wholesale changes was wholly understandable - though why this is played over two legs is worthy of debate in itself.

But Smith wasn’t alone in ringing the alterations. According to the BBC, a total of 136 team changes were made by the 20 Premier League sides in the third round, an average of almost seven per side, with managers turning to youngsters for their moment to shine.

And some great stories emerged.

Youth at the Forefront

Liverpool highlighted it’s not only the current crop who are excelling at Anfield as several young stars put in a staggeringly mature performance. They overcame a far more experienced Everton XI, with 18-year-old goalscorer Curtis Jones a case in point.

For Everton, Sunday could well be looked back on as a watershed moment under Carlo Ancelotti.

Curtis Jones opens the scoring with his first senior goal!

Elsewhere, there was the rise to prominence of Norwich’s youngest ever hat-trick hero Adam Idah. The 18-year-old, who's only played one minute of Premier League football to date, excelled in a 4-2 win at Preston. As a result, he could well find himself stepping out at Old Trafford next Saturday with three of the club’s senior strikers - Teemu Pukki, Josip Drmic and Dennis Srbeny - all injury doubts.

And then there was Sheffield Wednesday’s Osaze Urhoghide, who after making his first-ever senior start in a 1-0 win at Premier League Brighton gave a genuinely heart-warming interview where the unconfined joy of a young player overcoming the pitfalls of becoming a professional footballer was laid bare.

Showing a club’s fans a glimpse of a bright future has a magic quality in itself.

Elsewhere, for supporters of Rochdale and Tranmere, the FA Cup still carries a strong pulse after holding Premier League sides to hard-fought draws against Norwich and Watford respectively. Tranmere fans haven’t had much to cheer in recent years but their three-goal comeback away to a top-flight side also brings with it much needed revenue via the replay.

You won’t hear a louder cheer than from the 8,000 travelling Port Vale fans when Tom Pope equalised at Manchester City. They may have lost 4-1, but it was a moment they’ll enjoy for years to come.

Cup traditions are undoubtedly changing. It’s a sign of the times. But that’s what happens over time, things change. Surely our view of the FA Cup must alter too from the often talked about halcyon days of Ronnie Radford et al. Just like Radford, there are still opportunities for others to make a name for themselves, as new memories are made, etched and treasured.

Loved being back on BBC1 - been too long! Hope you enjoyed it too. Can’t beat a bit of FA Cup drama pic.twitter.com/r6tPCPkVsL

On Sunday, I hosted an FA Cup Match of The Day where it was good to see two Premier League teams field notably strong teams as both happened to have a point to prove.

In the end, Tottenham, with Jose Mourinho keen to end the club’s barren trophy spell, was reminded of his side’s defensive deficiencies at Middlesbrough while West Ham were forced to dig in at Gillingham as David Moyes looked to learn more about his newly inherited players.

Overall all, there was still much to glean from an FA Cup supposedly missing its sheen.

But with the two only non-league sides (Hartlepool and AFC Fylde) going out in the third round, we’re now left without a true David vs Goliath scenario. And that is a big shame.

So how do we look to improve the FA Cup? How do we force Premier League managers to pick their strongest sides - but at the same time still maintain the possibility of a cup upset?

Therein lies the dilemma. Does the FA Cup need to become a more even playing field, when it is that ‘uneven playing field’ (quite literally in some cases) the whole point - with the haves against the have nots?

Suggestions to restrict the number of changes at a top-flight side include a player quota of maybe six players who’ve made a minimum of X league starts. Handing lower league sides the home advantage is another. 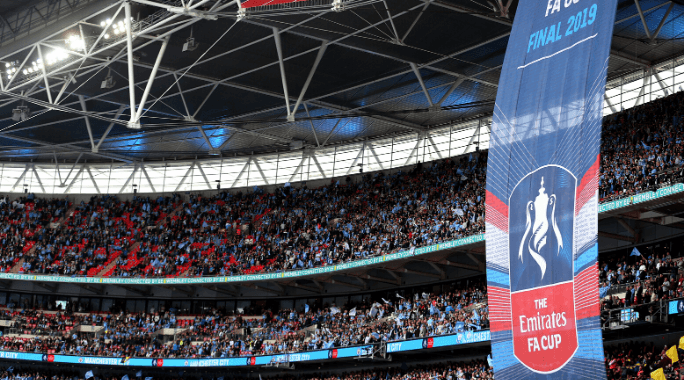 One thing all teams could benefit from is maybe pushing back third-round weekend by a week, to the second week of January, allowing them one full week to recover from the festive league schedule.

One change I would personally love to see though is for much further down the line, and that is that Wembley Stadium should be the venue for the final only. The view of giving the chance of a Wembley appearance in the semi-final has always felt like a well-intentioned but ultimately flawed gesture. A return to neutral venues for the semis such as Old Trafford or Villa Park would get my vote.

The FA Cup final is the showpiece event after all.

The FA Cup’s use of VAR has also prompted plenty of discussion.

Firstly the decision to use it at Premier League grounds only - where permission to use the technology has been granted - just doesn’t feel right.

You can’t have some ties where key decisions will be scrutinised to the umpteenth degree while others aren’t.

It could prove to be a bitter pill to swallow for those teams in the lower leagues whose finances often depend on a decent cup run. If their dreams are ended by an inaccurate refereeing call, it would surely add to the feeling of injustice.

Or in the case of Middlesbrough against Tottenham, where VAR wasn’t used at the Riverside but will be for the replay in North London?

On the other hand, however, did the FA Cup show us the best way to use VAR in the Premier League?

For the first time since it was introduced to the top flight, we got a glimpse of a referee (Michael Oliver) consulting their on-pitch monitor before deciding to upgrade Luka Milivojevic’s yellow card to a red for an attempted headbutt on Tom Huddlestone.

Is this a first? Referee Michael Oliver has just consulted the on-pitch monitor and has sent off Luca Milivojevic for a head butt

It worked well at Selhurst Park. There was a sense of transparency behind it. Soon after the flashpoint, which was missed by Oliver, the VAR official flagged it up for him to take a closer look at the incident via the monitor.

Referees have resisted using the on-pitch screen for fear it would slow down the pace of the game. It has also been claimed there have been no unseen red card incidents that have been missed by the on-pitch official in the 210 Premier League played games so far.

Despite its use at Selhurst, referees have been instructed to use the monitor ‘sparingly’. I just wonder whether that will now prompt a shift in its usage by other referees, starting this weekend?

It gives the perception that the final word has come from the on-pitch official. That, I feel, is key.

On that front, the FA Cup made good use of the technology - a significant step perhaps in moving with the times.

Why Spurs Must End Their Trophy Drought Under ENIC’s Ownership