Manish Bhasin: From Mauricio To Mourinho - Let The Fun Begin

On the face of it, you’d think Darth Vader had just taken over as the new head coach of Premier League side Tottenham Hotspur. A cold, ruthless individual prepared to wipe away years of tradition that had been rebuilt by the fresh-faced Luke Skywalker.

Ok, the analogy is a little over dramatic (boy have Amazon landed on their feet here) – but there’s no doubt that Jose Mourinho’s arrival at Spurs has sent ripples through the club’s fan base, with many up in arms and questioning the direction in which their club is now heading.

Yes, Mourinho is a significant change from the much loved, and very talented Mauricio Pochettino. But there’s no question that, after 12 months of declining results, Tottenham have gone stale and are in desperate need of a reboot.

Can Jose Mourinho be that man to do it? Why not? He’s done it before. But there’s always a footnote when it comes to Mourinho, hence the fan’s reaction. As always, time will only tell and as a neutral it’s going to be fascinating to watch.

I’ve thoroughly enjoyed watching what Mauricio Pochettino has done at Spurs over the last five-and-a-half years, developing a real connection with the fans by respecting the Tottenham traditions.

He promoted youth, had them playing attractive football and delivered long term success via regular Champions League qualification, and all against the backdrop of a ludicrously low net spend compared to their rivals.

Overseeing their best spell for 30 years, Pochettino has helped Spurs become an established force. He’s elevated their status both at home and in Europe and by doing so has also made them a more appealing club to manage. Especially by managers who know how to win a trophy.

Because that’s where Pochettino ultimately fell short. We all know by now that Spurs last won silverware in 2008 and came close to adding to it by reaching the final of the Champions League only six months ago.

Talking of which, I felt his proclamation back in May that he would leave Tottenham should they beat Liverpool in Madrid had been lost in translation. It was lost on me instead. He obviously felt he had squeezed every drop out of that current Spurs squad, taking them as far as he could without additional investment. 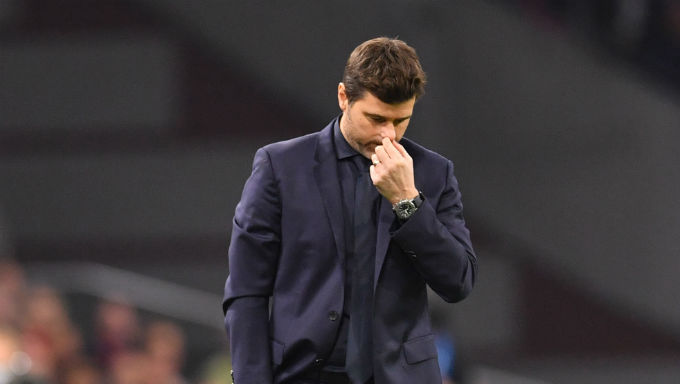 It’s since been widely reported that his relationship with the Spurs Chairman Daniel Levy had been fractured, with cracks first appearing when Spurs Head of Recruitment Paul Mitchell left the club in 2017.

Mitchell acted as a conduit between the management and the board. His departure has since affected the club’s efficiency in dealing with contract negotiations and signing new players, something which became especially tricky with the building of the new stadium.

As a result, the glint in Pochettino’s eye had faded in recent months. He wore the expression of someone who had been worn down by the job. Interestingly, reports this week claimed his staff were surprised to see him return back to work for Tottenham’s pre-season. However, a lack of offers from his preferred clubs weren’t forthcoming, so he decided to stay on.

After just 3 wins in 12 Premier League games, the writing was on the wall. Boardroom discontent could not have been clearer in Tuesday’s official press release. The fact Pochettino was sacked speaks volumes. Some newspaper reports claim he didn’t take the offer to resign, hence the absence of any ‘mutual agreement’.

And with that, Pochettino’s spell was over. It took Spurs just 11 hours to announce his replacement.

From Mauricio To Mourinho

And so after 11 months out of the game, the so called ‘Special One’ is back. While his last few months at Manchester United were painful to watch, I just hope we see more of the Jose Mourinho who first came to these shores. Someone who just seemed happy to be managing in the Premier League, entertaining but with a cheeky smile.

In the pictures published by his new club, he looks well rested and fresh. Plus he’s clean shaven, which tends to be a good sign, because when that stubble appears, it’s usually time to worry.

He’s already on the charm offensive speaking glowingly about the Tottenham squad (and let’s not forget it is a group full of real quality). He appears to be genuinely delighted to have landed at a club which boasts one of the best stadiums in world football, only comparable, he believes, with the modern-day NFL stadia.

You’d expect to hear nothing less from him in his introductory Tottenham video. But there’s a newness, a freshness to it all. Something Spurs fans haven’t experienced for six years.

Details have also emerged of how Mourinho blew away the Spurs Chairman when pitching for the job.

Mourinho told Levy he had spent his 11 months out of management developing a new football strategy and philosophy. And by also bringing with him a new backroom staff including assistants like Joao Sacramento, they will offer new voices and perspectives.

Levy clearly likes Mourinho. He wanted to sign him after his first Chelsea stint in 2007. In fact, it has been noted that Levy contacted him five times on one day in a bid to sign him.

Now, he finally has “one of the world’s most accomplished managers having won 25 senior trophies”. A telling comment indeed.

Mourinho has won at least one trophy in his first season in each of his six stints that lasted more than a year, and at least two trophies in total at each job. Levy would take that now. But at what cost?

The big question is can Mourinho change his spots? There are many aspects to his managerial career which follow a familiar pattern which will again come under scrutiny in North London.

Can he really move away from his physical, pragmatic style? Can he break the cycle of peaking in his second season before things go awry? Can he place his faith in youth and not leave behind an ageing squad, when he does eventually exit?

In terms of leaving a legacy, he could be seen as everything that Pochettino isn’t. It’s now down to the Portuguese head coach and his Chairman to show that Spurs haven’t torn up their blueprint to pursue a win at all costs mentality.

Can Spurs Retain Their Identity?

The last thing Spurs fans want to see is their production line of youth talent running dry. If Mourinho is willing to change, I wonder whether Daniel Levy will do likewise in making transfer funds available. They’ve already spent around £30 million pounds on management changes.

It does beg the obvious question, where was this money for Mauricio Pochettino over those 18 barren months? Levy clearly felt the cycle of the manager had come to an end never mind this group of players.

Mourinho is now tasked with getting Tottenham’s top four ambitions back on track. He’s already claimed that they have the third best squad in the Premier League – now he has to prove it. He inherits a side which is only three points off 5th place. It is possible.

In Harry Kane, he has a talismanic striker that he loves to have at his disposal, such as Didier Drogba, Samuel Eto’o, Diego Costa and Zlatan Ibrahimovich.

In Eric Dier, he has a player he coveted in 2017 while manager at Manchester United, so we may expect him to feature more regularly.

One thing he must do is stick to a team and formation, something we rarely saw from his predecessor. From then on, well, it’s anybody’s guess.

So, there we have it. It is now Jose Mourinho’s Tottenham (which still sounds a little strange). It can’t be underestimated just how big a move it is for him, as he bids to prove he can change with the times. For Daniel Levy, it’s his biggest decision yet. Two men, who on the face of things, appear polar opposites but have plenty to lose if it doesn’t work out.