There’s always something special about football under the lights. And Wednesday’s Premier League fixture list sees two standout games in the North West which will help raise the temperatures on a bitterly cold December evening.

At Old Trafford, the newly entitled 'Humble One', aka Jose Mourinho, returns to his former club Manchester United for the first time, just one year on from his sacking.

It will be fascinating to see what kind of reaction he gets from the United faithful when he makes that long walk to the Old Trafford dugout from the tunnel.

To say Jose had up-and-down two-and-a-half years is quite an understatement. Of his achievements, Mourinho claimed two trophies (the Carabao Cup and the Europa League), while also finishing in second place - their highest league finish since Sir Alex Ferguson retired in 2013. But his reign will also be remembered for several other issues.

There were run-ins with players such as Luke Shaw and Paul Pogba, with the Frenchman having the vice-captaincy taken away from him for publicly stating he wanted the team to “attack, attack, attack” in games, comments which were viewed as dissent by Mourinho at the time.

In all, Mourinho spent close to £350 million on 11 new players. The problem was, very few of them made a lasting impression, with his overall spell being viewed as a return to winning trophies but with no real solid foundation for his eventual successor. 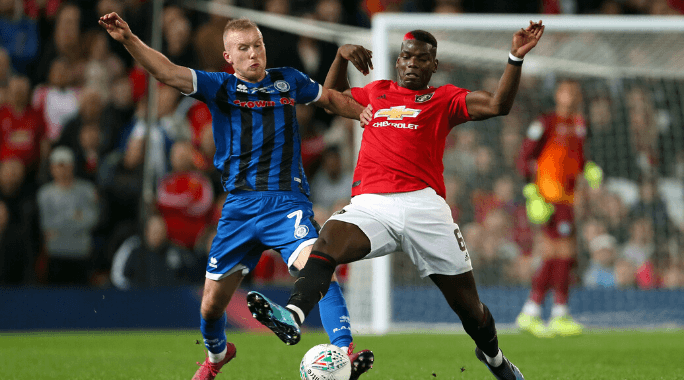 Even the issue of staying at a 5-star hotel instead of making Manchester his home gave some fans the impression he was reticent to ‘lay down roots’ in the area - something Mourinho has since addressed.

In the end, though, the club stated that Mourinho’s style of play didn’t marry with their attacking philosophy while failing to continue its tradition of bringing through young talent from the academy. Many pundits are saying that is the Mourinho cycle, and that Spurs fans should beware.

Spurs and the Special One

But for now, his demeanour in a Tottenham gilet couldn’t be more different to the one who left Old Trafford in December 2018. He’s smiling, he looks refreshed and he’s even fist-pumping ball boys and inviting them to the club’s training ground.

More importantly, he’s winning games. Three straight wins over West Ham, Olympiacos and Bournemouth, scoring 10 goals in the process, has them back in the top four picture. A win against Manchester United later will see him become the first-ever Spurs boss to win his first three top-flight games in charge - he could already set new records!

It’s been said he’s inherited a better playing squad at Tottenham to the one he had at United. He’s got one of the world’s best strikers in Harry Kane and has already awoken Dele Alli out of his 18-month slumber- with the England midfielder contributing three goals already in just two games. The last time he managed that feat it took him 12 games under Mauricio Pochettino.

But all eyes will be on the Tottenham starting XI to see how he sets his team up. Will it be to win or to avoid defeat? The latter tends to be his default approach in big games away from home. Tonight, he has a chance to make a real statement.

It's incredible to think that Tottenham are narrow favourites to win at Old Trafford at 7/4 with most bookies. A Spurs team that has won three away games in the whole of 2019. That in itself shows where Manchester United are right now under Ole Gunner Solskjaer, who finds himself under increasing pressure in the next manager sacked race. Mourinho’s successor has overseen just four wins from their 14 Premier League games so far, putting them 10th in the table.

Comparisons are already being made between Solskjaer’s start this season and Mourinho’s final campaign in charge. Solskjaer needs to win his next three games to match Mourinho’s 28 points from his 17 games that still saw him sacked from the position.

While Solskjaer claims to have the backing of the fans and the board, can they really afford to finish in mid-table? This is Manchester United we’re talking about.

In his defence, unlike Mourinho at Tottenham, Solskjaer took on a United squad that needed more than just tweaking. The three additions he has made in the summer have undoubtedly made the team better. Dan James, who was expected to make only a handful of starts has impressed as a first-team regular, while Harry Maguire and Aaron Wan-Bissaka are undoubtedly the best players in their positions. 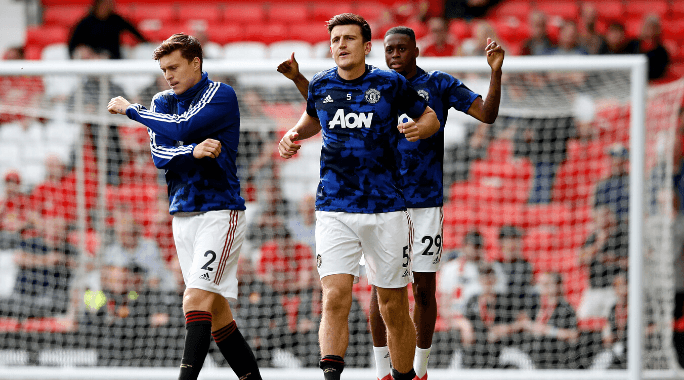 With that recruitment record, surely two or three transfer windows under the Norwegian would see United in a much better place - with ex-Man United ace Paul Parker voicing his support for Ole to be given more time at the helm.

But do United have time on their side? With the likes of Max Allegri and Mauricio Pochettino available, they might never have a better time to appoint someone with much more experience of seeing through a long term project.

Newspaper reports claim that two defeats - against Tottenham and Manchester City in the derby - could seal Solskjaer’s fate. On the face of it, that would be very harsh.

Talking of a manager’s fate possibly being sealed by a derby defeat - the same is being said of Marco Silva at Everton as they prepare for their local trip to Liverpool.

It’s incredible to think that after 14 games Everton trail Jurgen Klopp’s Champions League winners by a staggering 26 points. Rarely, if ever, has there been such a chasm between these two sides going into a derby meeting.

Unsurprisingly, the mood at the two clubs could hardly be more different, especially with Liverpool earning their 13th win in their last 14 Premier League games late on against Brighton, while Everton suffered a heartbreaking stoppage-time defeat at Leicester, leaving Silva looking like a broken man. 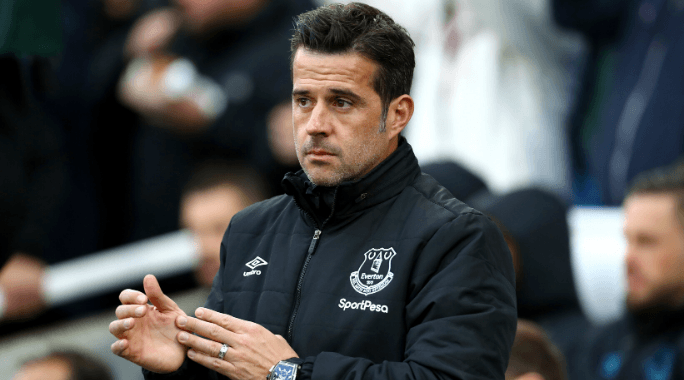 Silva appears to be working with borrowed time (© PA Images)

He’s already overcome two ‘must-win’ game scenarios and must now, somehow, find a third. If he does oversee Everton’s first win at Anfield in 20 years and 21 games, surely the board will hold off from wielding the axe.

The problem for him is Liverpool haven’t lost for 11 months and are unbeaten at home for two years and 9 months.

Silva’s in-game management has been often questioned, but the tactical approach tonight will come under scrutiny. Having conceded the most goals from set-pieces, will he continue to use zonal marking? Or is it now too late to veer away from it? Will he stick with the three at the back experiment which ran Leicester close on Sunday?

For Liverpool, things are going swimmingly but scratch beneath the surface and they’ve been far from their scintillating best this season. They’re doing just enough to see out games, which may give Everton some hope. I’m not sure whether Klopp’s men have struggled to get out of second gear or whether this is the new incarnation of his side, who have become more dogged and determined and less gung-ho.

As it happens, they’ve only once unleashed their potent front three of Sadio Mane, Roberto Firmino and Mohammed Salah against Everton, but in a 4-2-3-1 formation. In a 4-3-3 they could wreak havoc.

So there we have it - Solskjaer v Mourinho and Klopp v Silva. Yes, the game is more than just about the managers - but these two will be fascinating to watch just for the men in the dugout.