With Liverpool and Manchester City leading the Premier League table once more, there’s a familiar look at the top of the league. It came after a weekend which Roy Castle and Norris McWhirter would have been proud of, with records broken by both clubs.

Liverpool sealed a twentieth win out of 21 to celebrate the best start made by any team in the 131 years of English top-flight history. For City, a 6-1 demolition of Aston Villa saw Sergio Aguero notch a record twelfth hat trick - the most in the Premier League era - and also become the division’s top-scoring oversea player.

They are two formidable outfits. Liverpool, in their fifth season under Jurgen Klopp, are paving the way for possible domination across the board while City’s owners are desperate to extend their recent domestic domination into the continent. 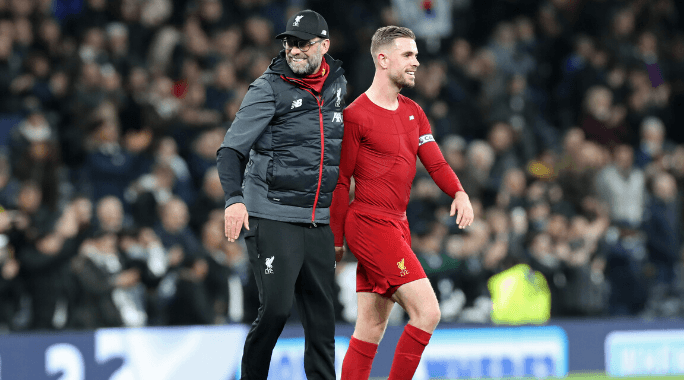 But in both team’s most recent performances did we perhaps get a reminder of why City might just fall short when it comes to the Champions League this season?

While Liverpool stood firm to grind out a sixth consecutive clean sheet at Tottenham, as rampant as City were against Villa, they failed to keep it watertight at the back, conceding a stoppage-time penalty. It was just careless.

Without wanting to labour the point - that split second lack of discipline in a Champions League knockout phase could prove to be their undoing.

As if back-to-back titles and winning the domestic quadruple (Premier League, FA Cup, EFL Cup and Community Shield) last season wasn’t enough, if Pep’s time is indeed to be epoch-defining - surely that needs to be improved.

This is perhaps why he’s decided to give his squad a period of rest during the forthcoming new winter break in February (after playing West Ham on the ninth of February, City have a 13-day break until they go to Leicester). It’s understood the City boss wants his players to take a total break, giving them the option to spend four or five days with their families.

When they turn up for the Foxes fixture, that’s when the real hard work kicks in as they face Real Madrid the following week. It’s hoped Aymeric Laporte, whose been back in training for two weeks after a four-month absence, should be firing on all cylinders. His return could be key.

It’s been nine years now since Pep Guardiola last reached the final of the Champions League where his Barcelona side emerged victorious over his now-bitter club rivals, Manchester United. 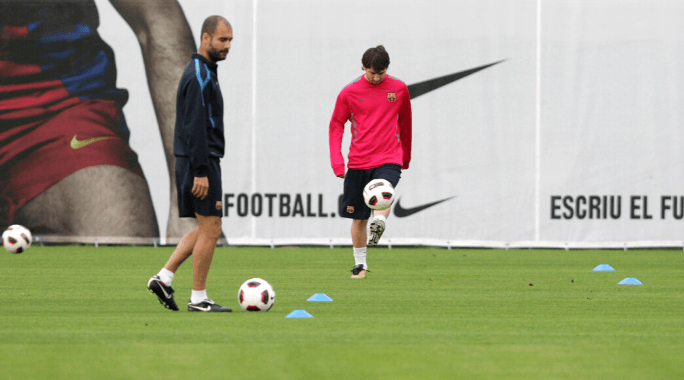 Guardiola, with the help of Lionel Messi, won the Champions League with Barcelona (© PA Images)

The longer it alludes him you get the feeling his hunger to successfully negotiate the 13 matches from the first group game to the final will only increase.

The big question remains - can he do it without the magical Messi?

And for all his obsessive preparation there is, of course, that element of luck involved in knock-out football which Pep simply cannot legislate for. But if the best teams in the land can dominate at home and abroad, why can’t the blue half of Manchester? In their three previous seasons, City have been found wanting.

In Pep’s first campaign, they were undone by the brilliance of a fearless Monaco including Kylian Mbappe, Radamel Falcao and let’s not forget a certain Bernardo Silva. They managed to score three times at the Etihad, before seeing off the tie in the return leg.

Pep’s tactical acumen was scrutinised following their elimination against Liverpool the following season when he decided to try and nullify the Reds counter-attacking aggression by starting Ilkay Gundogan instead of Raheem Sterling. They were comprehensively outplayed, giving themselves too much to do away from home.

Then last season, Pep faced Tottenham, who only had Harry Kane briefly for the opening leg and not at all for the second. For the first tie, Guardiola again opted to start Gundogan, this time, at the expense of Kevin De Bruyne. An incredible decision as the hosts then conceded three times.

Lionel Messi is the best to ever play the game.

Pep Guardiola doesn't want to hear anything else.

De Bruyne happened to be one of City’s best players against Spurs in the return encounter but they ultimately fell short in the most dramatic of circumstances. Only under Manuel Pellegrini in 2016 have City got as far as the semi-finals.

There’s a theory that if Pep doesn’t get his hands on the Champions League in May, his legacy will merely be the same as Pellegrini and Roberto Mancini, who both won the Premier League but failed on the continent.

I think that’s ridiculously harsh. Pep’s time should be treated on its own merits. Agreed, he’s been heavily backed in the transfer market - but his influence across the English game must not go unnoticed. Along with Klopp, he has prompted a cultural shift at a time that English football has become more receptive to their ideas.

Their philosophy now resonates not just with the national team - but in the lower leagues as well. Splitting central defenders with a midfielder slotting in, playing out from the back isn’t a style just exclusive to those in the top division.

If it doesn’t happen for Pep in Europe this season, will it prompt a re-think over his future with City? He may have signed a contract extension until the end of next season but with him especially, there’s always the issue of burn out and whether he’s got enough left in the tank to go again.

There is a chance he might leave the Etihad without Europe’s most glittering prize - to be solely judged on that alone, however, it just doesn’t seem right.

Sergio Aguero - ‘One of a Kind’

As for Sergio Aguero - what more can you say about him? He is simply a goal machine. A one of a kind in the Premier League.

A poacher that has now struck 177 goals in 255 top-flight games. He’s as dependable as they come. With Aguero overtaking Thierry Henry as the highest scoring overseas Premier League player, the inevitable debate ensued - who’s the better of the two? 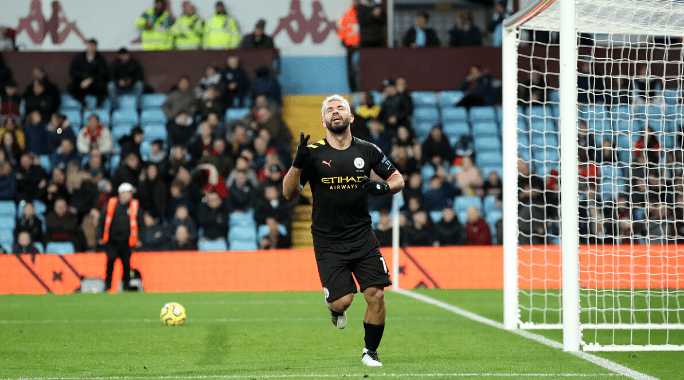 It’s all so subjective. But this is Aguero’s time. Let him enjoy the moment. That argument can be left for later.

While sceptics believe Aguero is merely reaping the rewards of having the very best players around him, many seem to forget that he’s had to continually prove himself to his manager. Pep’s first signing, after all, was Gabriel Jesus, with the Brazilian marked as the man to take Aguero’s mantle. Three years later, Jesus is still someway off usurping the 31-year-old.

Aguero has also had to up his work-rate to fit into Pep’s style of play and while he will never clock up the most miles of an outfield player, he has shown a willingness to meet his manager’s demands.

He’s no flat-track bully either. Eight goals against Manchester United, eight against Liverpool, a hat-trick against Chelsea, four in one match against Tottenham and a match-turning hat trick against Bayern Munich says it all.

And he’s done it by staying largely fit for the majority of his nine years at City. That in itself is a great testimony to his professionalism.

As he showed in the final game of his first-ever PL season - in 2011 - Sergio Aguero is a player who always delivers.