With the Premier League about to restart after the final international break of 2019, we have a chance to assess where we are with a third of the domestic season almost gone.

Is the title race already over or has it opened up to a four-horse race? Could the battle to avoid relegation involve up to ten teams? It’s never dull in England’s top flight, and this season is no exception.

With Liverpool losing out to Manchester City in last season’s title race by just one point, who would’ve predicted that Jurgen Klopp’s side would race into an eight-point lead at the summit before December? Their ability to pick themselves up and go again after going so close (despite setting a club record 97 points) has been incredible.

11 wins and a draw sees them fighting well on all five fronts. They’re showing a level of consistency that’s been more associated with City. The Merseysiders have had to overcome the loss of goalkeeper Alisson on the opening day, only for Adrian to play a major part not just in the Premier League but winning the Super Cup as well.

Their standout players for me so far has been Fabinho and Sadio Mane, whose boundless energy has helped them pick up late wins against Leicester and Aston Villa.

But there are challenges to come, with the small matter of playing in two different competitions within 24 hours in December. On the 17th, they face Villa in the quarter-finals of the League Cup before jetting off to Qatar for the Club World Cup, where Klopp will field an entirely different XI.

They’re starting to look a little stretched at the back but so far Dejan Lovren has deputised well for Joel Matip. He’s started five of the last six games and hasn’t been as suspect as some Reds fans had feared.

But despite their eight-point advantage, they must maintain their mantra of ‘taking each game at a time’. If they start looking too far ahead, there’s potential to let it slip. So far, so very good for Klopp’s high flying red arrows.

Not many people would’ve expected Leicester to be Liverpool’s closest challengers at this stage, albeit by the finest of margins. Ex-Reds boss Brendan Rodgers continues to enhance his reputation by forging one of the most exciting teams to watch in the top division, a vision which I discussed previously.

The Foxes appear better both technically and in possession than the side that won the title in 2015/16. Neat passing triangles help get them out of tight holes, while they’ve shown a new-found ability to overcome sides who defend deep and in numbers.

As for Leicester’s own defence - they boast the meanest in the division, conceding just eight goals in 12 games. Caglar Soyuncu has filled the void left by Harry Maguire with aplomb. He’s also got the perfect foil alongside him in the experienced Johnny Evans.

Their standout result is obviously the 9-0 thrashing of Southampton at St Mary's - the biggest ever away win in the Premier League. Jamie Vardy has been restored to play on the shoulder of the last defender and as a result, he tops the Premier League scoring charts with 11 so far.

The big question though is can they maintain another unlikely title challenge? Much depends on Vardy’s fitness, as they seem to lack an effective alternative.

Chelsea - who I talked about at length at the beginning of the month - have defied the odds under Frank Lampard and sit in 3rd behind the Foxes on goal difference. They’ll be hoping the international break hasn’t disrupted their momentum after stringing together six straight league wins. The youngsters have certainly surprised me.

It’s all well and good doing it in the Championship, but the way Tammy Abraham and Mason Mount have adapted to the Premier League has been stunning. Add to that Callum Hudson-Odoi whose yet to really get going after injury, Reece James and Fikayo Tomori and it’s no wonder Chelsea fans are loving life right now.

Tammy Abraham is on fire 🔥pic.twitter.com/QP67SeKKUM

But as good as they are going forward, their one major concern for me is the defence. Three cleans sheets in 12 isn’t great and must be improved. The sooner they get Antonio Rudiger fit the better. I just feel while a title challenge is unlikely, a top-four finish is more than possible. That would exceed every expectation during what was meant to be a ‘transitional’ season.

Chelsea return from the break with a mouth-watering fixture away to the champions Manchester City who just don’t seem themselves at the minute. The euphoria of becoming the first English team to claim a domestic treble appears a distant memory after three defeats and a draw.

They say teams mirror their manager and right now Pep Guardiola cuts a pretty frustrated figure. Whether it’s down to the club’s failure to get a centre back in the summer or murmurings of FFP related matters, questions are being asked whether Pep could be off at the end of the season.

In the short term though, City must bounce back as they could find themselves a staggering 12 points behind Liverpool by the time they kick-off against Frank Lampard’s side. The gap currently stands at nine right now, which is new territory for Guardiola, whose never had to face such a deficit at this stage of the season in his managerial career.

It’s an interesting few weeks for the, with their next six league fixtures much tougher than Liverpool's.

On the face of it, you’d think they’re a club on the verge of a crisis, but the fact they’ve registered an 8-0 win and Raheem Sterling is in the goalscoring form of his life (18 goals in 21 games for club and country) just shows the extraordinarily high standards they’ve set themselves.

City could do with being more clinical in front of goal, while their defence also remains unconvincing. The problem is by plugging that hole left by the injured Aymeric Laporte with Fernandinho, Guardiola is taking the Brazilian away from his most effective position. Pep needs to find the right formula before it’s too late.

Behind the current top four - there’s already quite a gap with eight points to Sheffield United and Arsenal with Manchester United, Wolves and Bournemouth nine points behind the Champions League places.

As I mentioned in my previous column, Sheffield United have been a breath of fresh air. Manager Chris Wilder and his players look like they’re enjoying the ride. Wilder believes the lack of egos in the dressing room has them all pulling in the same direction. Which is just as well because I can’t see his pretty blunt nature going down well with the likes of Zlatan Ibrahimovic! 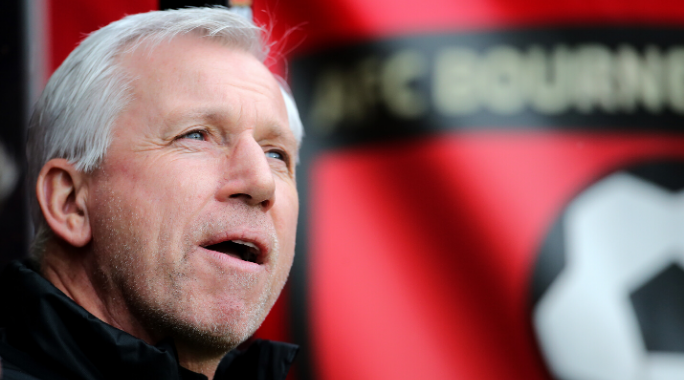 It’s fair to say football pundits aren’t quite sure how far United can go this season. While former Arsenal winger Paul Merson believes Wilder is good enough to replace Unai Emery, one of my guests on Monday’s "Manager Review" show, Alan Pardew, still thinks the Blades could still find themselves in a relegation battle should they hit a brick wall.

I’d expect them to finish in the bottom half. But that would be a huge success in itself.

Arsenal and Manchester United sit side by side in 6th and 7th respectively but both are at hugely important crossroads in their season. Arsenal have won just two of their last 10, while Manchester United three in 11. The Gunners lost 2-0 at Leicester last time out and there are reports that Emery has just six games to save his job.

United, meanwhile, must build on the 3-0 win over Brighton - hailed by Ole Gunnar Solskjaer as their “best performance of the season”.

While both sides lack any consistency, United have to ensure this isn’t already their umpteenth false dawn this season. It’s a tough call right now as who’s better equipped to put in a stronger challenge for the top four.

As for the relegation tussle, this really could be a battle royale. With the exception of Tottenham, whose manager Mauricio Pochettino’s future has recently become the subject of intense speculation, you could see any of those sides in the bottom half involved come May.

As things stand, bottom club Norwich look bereft of confidence but will be glad to see Teemu Pukki back amongst the goals for his country. Southampton’s fans appear to have lost patience with their manager, while Watford, already on their second manager of the season, are pinning their hopes on 32-year-old striker Troy Deeney to fire them up the table.

I fear for the bottom two already - but I can see Watford keeping those teams above them honest. Aston Villa, who’ve lost seven of their 12 games so far, just can’t seem to hold onto a lead while West Ham are plummeting like a stone while goals are a problem for Everton and Newcastle - although both have picked up of late. Crystal Palace, Brighton and Burnley may be safe by seven points, but only the Seagulls have any real form right now.

The table makes for fascinating reading. Can’t wait for the rollercoaster ride to resume this weekend.