As the dust settles on Matchweek 11 in the Premier League, I’d like to begin this week’s column by wishing Everton’s Andre Gomes a speedy recovery after suffering a truly horrendous ankle injury.

The expressions on the faces of not just those on the pitch, including Son Heung Min and Serge Aurier, but the supporters close to the incident said it all. I was once told by Phil Neville that you couldn’t wish to meet a nicer, more professional individual than Gomes - so I hope he comes back stronger than ever.

The football pales into insignificance after an injury of that magnitude, but what followed in terms of the referee’s ruling was definitely new to me. 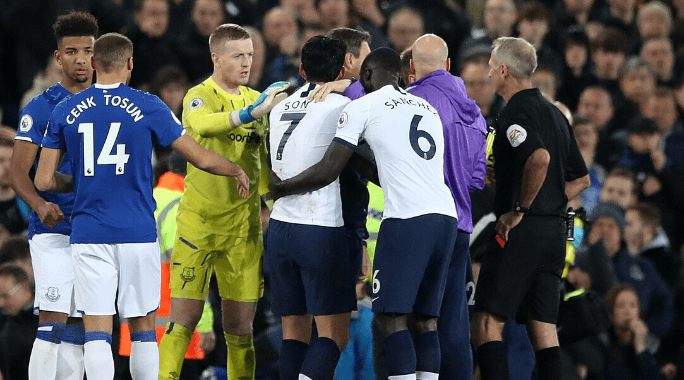 After Son’s (cynical) tackle, Gomes continued his run briefly before getting his foot stuck in the turf, fracturing his ankle, before colliding with Aurier. At first, the on-pitch referee Martin Atkinson showed Son a yellow card - only then changing the yellow to a straight red sometime later while Gomes was receiving urgent treatment.

At the time, it looked like Atkinson had changed his decision after seeing the extent of Gomes' injury, which prompted a change in the colour of the card.

The Premier League later released a statement saying: “The red card for Son was for endangering the safety of a player which happened as a consequence of his initial challenge”.

Forget yellow or red. I feel this is a real grey area.

We have to be careful that we don’t find ourselves in the situation where the result of a tackle doesn’t determine the punishment - but the tackle itself.

I say this because the kind of challenge made by Son was nothing unusual in the context of the Premier League. Thankfully, very few of them lead to such a distressing outcome. It reminded me of the recent tackle made by Leicester’s Hamza Choudhury on Mohammed Salah a few weeks ago at Anfield, for which Choudhury got a yellow.

Jurgen Klopp was fuming, claiming it warranted a straight red as he felt it was dangerous. That tackle was the same in ferocity as Son's but thankfully didn’t lead to a serious injury. So, is a red card now down to a stroke of luck, or the player on the receiving end of the challenge?

As for the game itself, well I labelled Everton vs Tottenham in my previous column as the battle of the biggest underachievers this season. Unfortunately, it lived up to its billing.

Gomes’ injury and VAR aside, it’s fair to say the match won’t live too long in the memory, with both sides displaying a lack of confidence in a disjointed affair, with passes going astray at regular intervals.

It was another game where the Video Assistant Referee came to the fore, with one particular decision leaving those watching scratching their heads.

No sooner had Dele Alli put Tottenham ahead after the hour mark, the Spurs midfielder appeared to have handled the ball in his own box when jumping alongside Yerry Mina at an Everton corner.

At first, there appeared to be little in it, with my initial thoughts that it was unavoidable. But two or three views later you could see Alli’s arm was raised in what appeared to be an unnatural position - therefore I, like many others, was expecting a penalty to be given. It wasn’t.

It was later revealed that VAR watched the incident no less than 26 times and forced a halt to proceedings for almost three minutes - to then confirm it was ‘No Penalty’. The fans in attendance were confused during the process as nothing was communicated within the stadium. Surely that needs to be looked at?

But by taking so long to pore over the handball incident - did VAR almost over-analyse it? Surely, by looking at it 26 times it shows they weren’t sure which way to go? Surely not? To me, it just didn’t look like an incident that needed 26 views.

This weekend’s fixtures have once again prompted the growing call for the on-pitch referee to use the pitchside monitor. Something that is still yet to be seen this season. This would not only give them the best chance of getting the call right but to also emphasise that they have the final call on all key decisions.

Ole and Unai in Trouble at the Wheels

Both Arsenal and Manchester United continue to stumble through this season as they dropped further off the pace in a bid to make the top-four.

While Manchester United’s recent run of three straight wins came to an end with a flat performance in a 1-0 defeat at Bournemouth, Unai Emery’s position now remains the focus of much debate after a 1-1 draw at home to Wolves. 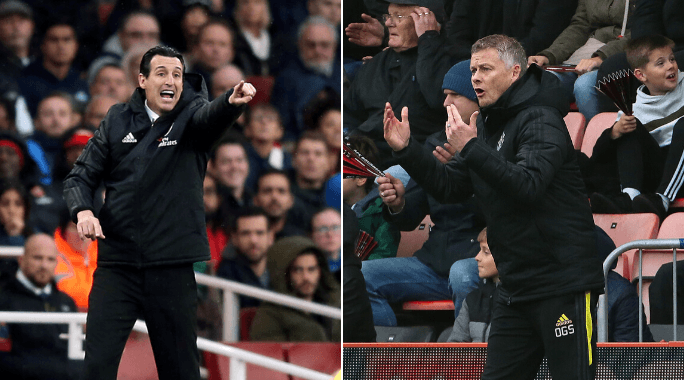 It’s the second time they’ve failed to hold onto a lead in consecutive home games against Crystal Palace and Wolves - two teams you would feel you have to beat at home if you’re to achieve a Champions League place.

Arsenal have now taken just 11 points from their last nine games. Even the players will know that is surely not good enough. Add to that the boos at full-time at the weekend and the recent Granit Xhaka episode which I previously discussed - at what point does something have to give?

Newspaper reports have touted Jose Mourinho as a potential replacement for the Spaniard with some even claiming that there’s been a meeting between Raul Sanlehi and the former United boss, something that’s been denied by the Gunners.

It’s been 18 months since Emery took over and there still doesn’t seem to be a connection between him and the Arsenal fans. Yes, there is the obvious language barrier - but Emery and the supporters aren’t even on the same wavelength when it comes to the football on show, with supporters still guessing as to his best XI and style of play.

Also, after a decent transfer window when you reflect on the squad he’s assembled - is it good enough for the top four? For me, their central defence is still a major concern, as we saw with the Wolves equaliser when both Sokratis and Callum Chambers were out-jumped by Raul. It was just too easy.

But if you feel the squad is good enough - then why isn’t Emery getting the best out of his players? How much better is that squad, say, compared to Leicester City’s who are six points better off right now?

As it happens, Arsenal go to the high flying Foxes at the weekend, with Brendan Rodgers in the opposite dugout. Would Rodgers do a better job at the Emirates with the current set of Arsenal players? Here we have two managers getting very different results from their personnel. Don’t get me wrong, I’m hopeful Rodgers will remain at Leicester for a good while yet!

It’s a similar story for Manchester United - whose single goal defeat at the Vitality Stadium means this is now their worst start to a season since the 1986/87 season. Their latest defeat was to a Bournemouth side who hadn’t scored for nearly six hours.

We’ve had glimpses of their potential under Ole Gunner Solskjaer - but unfortunately for United fans, it still remains only that.

To add salt to the Red’s wound, it was a former United academy graduate Joshua King who scored the only goal of the game on Saturday. Capitalising on some weak defending.

😬 Can you describe this defending in one word? #mufc #afcb pic.twitter.com/kSuuy3yUv2

Interestingly, since the start of 2017, King has scored 23 Premier League goals compared to Marcus Rashford’s 22. King is as an out and out number 9 and I just wonder if he was still at Old Trafford today, could he do as good a job, if not better, than those currently available for that position?

While King showed good physical strength to score at the weekend, did we get another glimpse of United’s lack of mental fortitude?

They’ve now failed to salvage points from a losing position since the 3-2 home win against Southampton in March when Romelu Lukaku scored an 88th-minute winner.

This season they've gone behind first in the league four times and have failed to win any of those games against Crystal Palace, West Ham and Newcastle now Bournemouth. Where’s the fight gone?

If you look at the way Liverpool and Manchester City won this weekend, it’s just another aspect where United need to bridge that gap on the division’s leading lights.