Manish Bhasin: West Ham & Everton - Do They Stick Or Twist?

It’s been another terrific round of games in the Premier League. But this week my time in the studio turned out to be slightly more unusual than others. Whilst hosting global coverage of Aston Villa against Newcastle on Monday night, we came to realise that a certain Ant and Dec were watching our show from their jungle hideout in Australia.

This is quite apt considering the Premier League managerial landscape has always been viewed as pretty treacherous - and right now four managers are feeling the heat having failed their latest challenge. Matchweek 13 could yet prove to be unlucky for at least one of them.

As a result of Villa’s win, West Ham dropped to just one place above the dreaded trap door.

West Ham Are Running Out of Time

It’s incredible how quickly results have deteriorated for the Hammers. From three wins in six to two points in the next seven. In hindsight, their early wins were against a 3rd bottom Watford, bottom club Norwich and a Manchester United side who’ve only managed four wins in 13 themselves. But it’s the 4-0 defeat away to League One Oxford United in the Carabao Cup which seems to have knocked the stuffing out of them.

I just wonder whether pundits were too quick to have West Ham down as top-six challengers? Granted, after a solid first season under Manuel Pellegrini, the Hammers seemed to finally feel at home at the London Stadium while playing an attacking style the fans could relate to. 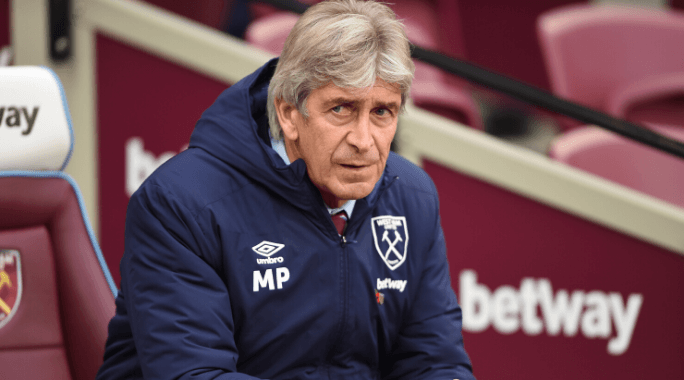 Many thought they had also found the final piece of the jigsaw when breaking their transfer record for striker Sebastian Haller from Eintracht Frankfurt. That, and having key players back from injuries such as Manuel Lanzini and Andriy Yarmolenko, was widely thought to give the Hammers a decent platform to build on.

But as West Ham fans will tell you, they are becoming increasingly tired of these false dawns.

Saturday only added to the sense of apathy. While all eyes were on Jose Mourinho’s return to the Premier League, it was easy to overlook that Manuel Pellegrini was under real pressure for a result after a six-match winless run. The least you’d expect in a game at home to your fiercest rivals was some fight and passion. Both were sorely lacking.

What didn’t help was that Pellegrini kept faith with his confidence stricken goalkeeper Roberto who once again struggled. Is it finally time for Pellegrini to turn to his number three, David Martin, when they go to Chelsea on Saturday? It will be a cauldron of noise in another London derby. Pellegrini has some real thinking to do.

New Signings Not Living Up to Expectations

Between him and the Director of Football Mario Husillos, they’ve spent £150 million pounds on new signings since he first arrived in May 2018, breaking the transfer record three times. Last summer, they bought in Issa Diop and Felipe Anderson.

This summer, as well as Haller (who has managed four goals so far), in came Roberto and Spanish youngster Pablo Fornals. The £25 million signing from Villareal has been used sparingly and you get the impression Pellegrini isn’t quite sure whether to play him as a number 10 or wide right.

Of the 17 signings in all, only Lukasz Fabianski stands out as a real success.

Is Pellegrini Prepared for Relegation Battle?

Apart from the players, it boils down to whether Manuel Pellegrini has the appetite for a relegation dogfight. What works in his favour is that the current West Ham owners do tend to be patient with their managers. But the big question is, unless results improve, for how long?

Rafa Benitez, Eddie Howe, Chris Hughton, Sean Dyche and former boss David Moyes have all been mentioned in the press.

Talking of Moyes, could a return to Everton be on the cards with current incumbent Marco Silva once again feeling the heat after a string of poor performances?

There are similarities with West Ham, in that they too had top-six aspirations in the summer and also have a relatively new Director of Football (in this case Marcel Brands), who finds himself under the spotlight for his player recruitment, having spent a considerable amount of money in the last two summer windows.

Everton sit just above West Ham in the table with Silva the bookies favourite as the next manager to be sacked. He has already pulled off two victories when he needed them most but failed to do it for a third time on Saturday, at home to bottom club Norwich, losing 2-0. This, against a Norwich side who hadn’t won for seven games nor scored away from home in five. It was Everton’s 7th defeat in 13 games, prompting a chorus of boos at full time.

Silva has often divided opinion amongst the Everton faithful, having yet to convince in his last two jobs at Hull (who were eventually relegated), or at Watford, (where he lasted just eight months), that he could lead a team into the top-six. 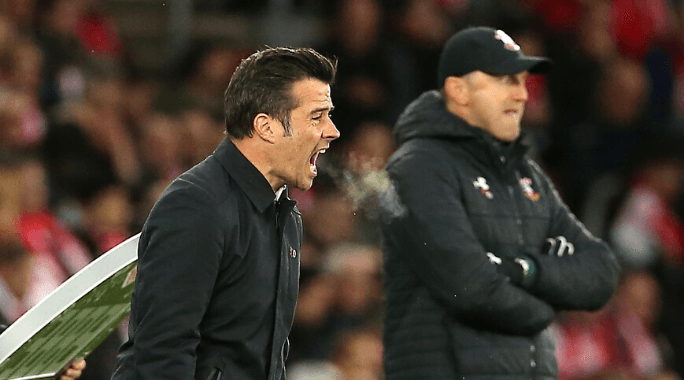 He is clearly ambitious. But is he ready to make that step up? Right now, questions have to be asked as to why the manager can’t get the best out of his players. After all, Everton don’t have a squad that should be 16th.

For the time being, he remains in charge. Maybe the lack of a viable alternative is saving him from the axe. One thing is for sure, if Everton do decide to change, they can’t afford a repeat of what happened under Ronald Koeman when taking four weeks to appoint his replacement, Sam Allardyce.

Back then, a season that started with ambitions of European football was then lowered to achieve mid-table security. It sounds familiar.

But like Mario Husillos at West Ham, what about Everton’s Director of Football at Goodison, Marcel Brands? Allowing Idrissa Gueye and Kurt Zouma to leave was always on the cards but not getting in a suitable replacement for Zouma and a proven goalscorer has hit the Toffees hard.

Talking of striker Kean, with Everton trailing 2-0 on Saturday and with 13 minutes left, Silva made the decision to replace one right back for another, leaving Kean on the bench, just days after scoring twice for Italy Under-21s. Fans were left a little bemused. Then again, should Everton really be relying on a 19-year-old who only played a handful of games for Juventus last season?

With the busy festive schedule not too far away now, what next for West Ham and Everton - do they stick or twist?

Forget your Bushtucker Trials, Ian Wright and Co. have it easy compared to the men in the Premier League firing line.