New Zealand's sensational rise to the 2019 Cricket World Cup final was so well supported back home, that the New Zealand TAB took more bets on that final match than on any other sports match or race in 2019.

The 26,000 TAB bettors that placed a bet on the Cricket World Cup final was twice the average number of customers betting on an All Blacks' test, and more than the figure which bet on the All Blacks in their 2019 Rugby World Cup run in Japan.

Kane Williamson's men may have failed by the most agonising of margins to lift the title at Lord's Cricket Ground that day in July, but the effect of their performance was a victory not just for New Zealand cricket.

Their Cricket World Cup campaign began with a promotion offering any player placing a NZ$50 pre-match head-to-head bet on a game a six bonus bet for every six their team hit.

That Super Sixes offer was availed of by 15,000 customers, meaning three times as many customers bet $50 or more on a head-to-head bet at this tournament than had done at the 2015 Cricket World Cup.

In total, 53,000 TAB punters placed a bet during the 2019 Cricket World Cup, contributing to almost $26m in turnover, a figure elevating the event into the TAB's all-time top five earners.

But despite this success, revenue was down 3.1% year-on-year and, in general the TAB's high value customers were not betting in 2018/19.

Where Were TAB's Big Bettors?

Reporting revenue of $348m (£123.6m/€144.2m), RITA missed its target for pre-distribution profit by 36.8m, citing major reforms that were implemented and increased investments as key to this "one-off" result.

These statements were reflected in the figures with RITA's total turnover up 1.2% across the 12-month period to $2.77bn, revenue then being hit by unfavourable results that led to a five-year low betting margin of 12.1%.

RITA said that the delay in launching its new fixed odds betting platform was also a contributing factor, and revealed there had been lower betting activity from some high value customers, who were impacted by new anti-money laundering restrictions.

“We invested heavily to ensure our betting and broadcasting businesses provide customers with a world-class experience and as a result, increase funding for New Zealand racing and sport,” said RITA’s chief executive officer John Allen.

“It was always going to be a challenge to ensure that the investment required to deliver growth had minimal impact on our profitability in the short-term.

"The delay in the launch of the Fixed Odds Betting platform caused reduced turnover due to customer disruption, and anticipated revenue from offshore charges, along with lower betting activity from elite customers and lower sports margins adversely impacted our overall profit result."

When excluding the costs of the investment's Allen listed above, RITA's operating profit was only $10.8m behind last year, sitting at $144.1m, which is only $15m behind budget. But where did they spend the money? 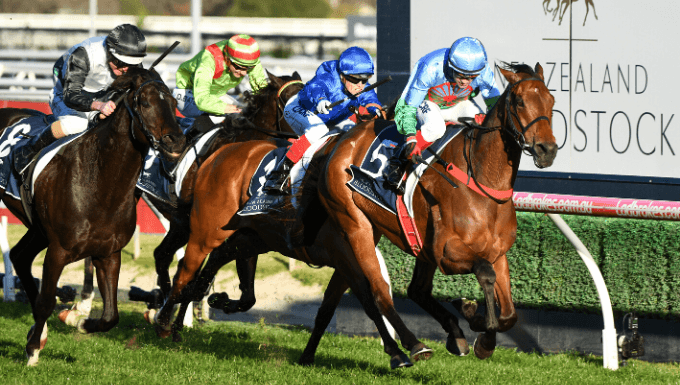 Fulfilling its promise to get New Zealand racing back on its feet, RITA distributed nearly $15m to the racing industry in 2018/19 from its Class 3 gaming operations. That's up more than 2.2m year-on-year, and comes alongside the $151.6m that also comes from RITA's other distribution models.

The biggest boosts went to broadcasting, youth retention, a new synthetic track grant, and increasing stakes for races, which is an on-going two and a half year project to increase the value of New Zealand's heritage and other special interest races.

That will continue in 2020, but Allen stressed that the main focus will be to implement the new legislation drafted under the Racing Reform Act, which only came into effect on July 1 and will open even more revenue streams for RITA.

Among many measures, the Act brings in point-of-consumption and information use charges for offshore betting companies, and phases out the betting levy, and opens up betting on sports that don't have a national governing body.

“Collectively these outcomes will annually deliver tens of millions of extra dollars to racing and sport when fully realised,” Allen said, who reiterated that he would be stepping down from his position at the end of the year.

Racing minister Winston Peters assured that all was on track in government to allow that to happen, saying: "The government will soon introduce a second racing bill which focuses on the post-transition governance structure, as well as measures for property consolidation.

“The further bill, the accumulative benefit of the repealed betting levy, as well as the new Point of Consumption and user charges will help generate future revenue for the industry.

“This industry is undergoing a period of transition. We welcome the support of all those investing in the future to ensure the racing industry is turned around from a state of decline.”

Allen touched above on something many people do not know about RITA; it also contributes to other New Zealand sports outside of greyhound and horse racing.

In the last fiscal year RITA's contributed more than $10m, to sports authorities, and projects, including those aimed at boosting Paralympic sport.

New Zealand won 21 medals at the last Paralympics in Rio de Janeiro, taking nine Golds in athletics and swimming. New Zealand's cyclists also won medals, but the nation was not represented in any of the team sports.

This year RITA moved to help one of the most popular team sports when contributing $18,000 towards Blind Sport New Zealand's purchase of portable goals for goalball.

Blind Sport NZ national manager Casey Flint said: “There aren’t many goalball facilities in New Zealand and we’ve been limited in our ability to introduce the sport to new locations.

"The purchase of portable goals will allow us to support regional clubs and take the game on the road to communities and athletes that haven’t been exposed to the sport or had the chance to participate in the past.”

Goalball is played by teams of three, who try to roll or bounce a 1.25kg ball with bells inside across an indoor court, and into a goal at the other end.

RITA has estimated that it will increase payments to national sports organisations to $14.9m in the 2019/20 financial year, when it has budgeted a 21.3% increase in net profit before distributions.

This huge boost is expected to come from a full year of benefits from the fixed odds betting platform, expected recovery in elite betting activity and growth in gaming and other key revenue initiatives, which does include reducing operating costs.

© PA
The Hansie Cronje Match Fixing Scandal: The Complete Story
© PA
Scotland’s Lions Participation On The Up After Years Of Neglect

Six Of The Biggest Ever Upsets At The Six Nations

© PA
25 Moments That Shaped Rugby Union In The Professional Era

What Does The Future Hold For The Rugby World Cup?

© PA
Florida Sports Betting Initiative Sets High Bar for Operators
© PA
Sports Betting Bill in Ohio Likely to Miss its Target Date
Sportradar Launches emBET To Promote Live Content Engagement
© PA
Brazil Next President Odds Shift as Bolsonaro Protests Grow
© PA
888 Teaming Up With Sports Illustrated to Launch Sportsbook
© PA
Another Step Remains in Maine Before Bill Heads to Governor
By continuing to use our site you agree to us using cookies in accordance with our Cookie Policy .
Got It
×