As the 2020 Oscar nominations hardened Renee Zellweger and Joaquin Phoenix as favourites in the Best Actress and Actor betting, it pays to remember that twice in the past 20 years an actress has won three preceding major awards and still not landed the Academy Award.

The stats tell of Glenn Close and Julie Christie's unprecedented disappointment when, having won the Golden Globe, Critic's Choice and Screen Actor's Guild equivalents for their leading roles, they were denied in Hollywood.

What we're trying to say is that the odds might make Zellweger and Phoenix odds-on certainties for Oscars glory, but that doesn't mean they are going to win on February 9.

Having taken a long look at the nominations, we've analysed those big Oscars betting markets, finding out just how strong the favourites are, as well as unearthing the Best Picture winner, just as a bonus.

In the United States, Oscars betting was legal at New Jersey sportsbooks for the 2019 awards. That is expected to be the case again in 2020, though the decision wasn't made last year until the days leading up to the awards show.

Before anyone goes any further, it's best to give Joaquin Phoenix the Best Actor title now.

When we took an early look at Best Actor betting, the only trend that ruled him out of Oscars victory was the Academy's preference for actors who played a real person.

Seven of the last 10 Best Actor winners fell into that category, and 11 of the last 15 did so too. However, in this year's nominations, only 100/1 shot Jonathan Pryce played a real person.

What we admit we overlooked is that the real-life characters those actors played all had a huge personal issue to overcome, just like the Joker, who although never a real person, is in fact more famous than the likes of Ron Woodroof, Harvey Milk and Hugh Glass - all depicted to earn their players Oscars victory.

Having won the Golden Globe and Critic's Choice, Phoenix is now long, long odds-on to win his first Oscar, with 15 of the last 16 Oscars Best Actor winners having previously won at least two, if not three, of the preceding big three, which starts with the Globes and Critic's, and finishes at the Screen Actor's Guild this Sunday.

Now, Russell Crowe did win all three in 2001 only to be beaten to the Oscar by Denzel Washington, but on that occasion, the Academy's trend for awarding Best Actor to a man who has never won an Oscar kicked in.

Phoenix has never won an Oscar, is bang on the average Oscars Best Actor-winning age of 45, and has thus far gotten all the right votes. It's unthinkable to bet against him.

Who Can Rival Zellweger In Best Actress? 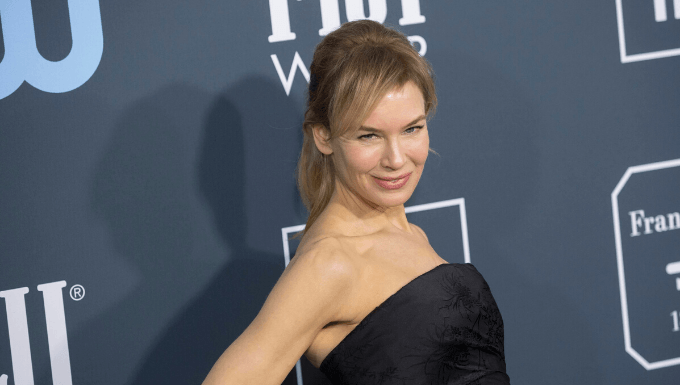 Yes, Renee Zellweger deserves to be the odds-on favourite in the Best Actress betting, but there are very clear trends that still point to our early pick Scarlett Johansson.

Last year was the second time since 2006 that a Best Actress nominee had won the Golden Globe, Critic's Choice and Screen Actor's Guild equivalents and not taken home the Oscar. In fact, four of the last six women who won only two out of the three, also did not win the Oscar.

Now, if Zellweger does win the Screen Actor's Guild award this weekend, her odds must shorten further, because in the past 20 years, 10 of the 12 triple winners have indeed won the Oscar.

What counts for Johansson though is her age - 35 - and the fact that not only has she never won an Oscar before - unlike Zellweger - but her nominations here, and in the supporting actress category, are also her first for any Academy Award.

Just 12 of the last 20 Best Actress winners had been nominated for an Oscar before, and only three had won Best Actress, highlighting the Academy's habit of rewarding rising talent in this category.

That trend has been changing, with the average age of best actresses increasing from 36 to 41 in the last decade, but Zellweger is now 50.

For only the third time since 2009, this year the Oscars Best Actress field includes three women playing real people, including of course the favourite, but there were three of those nominations in 2016 when Emma Stone won for La La Land.

For women, it takes a really powerful performance of a legendary character to take Best Actress with a real-person role, the last two being Queen Anne and Margaret Thatcher. Is Judy Garland strong enough?

We want to take a chance on Johansson, who the Academy have clearly warmed to this year, and feel like there could be value in Saoirse Ronan too, who plays one of the most famous characters in fictional history, and in Cynthia Erivo, who could tip the cultural balance as the only non-white nomination in all Oscars acting categories.

What About That Best Picture Betting Then?

Betting on the Best Picture at the Oscars is by far the most interesting odds market, with 1917 and Once Upon A Time In Hollywood cleaning up at the Golden Globes and again at the Critic's Choice Awards.

They top the Oscars Best Picture odds after both being among the nine nominations, the latter just shading favouritism at a best price of 7/4 over 1917's 11/4. But who will win?

Across the Oscars categories, no film received more nominations than Joker, garnering 11, including Best Actor, Best Director, Cinematography, Adapted Screenplay, and Original Score. In fact, Joker gained nominations in pretty much every category it was eligible for.

The Irishman, 1917, and Once Upon A Time In Hollywood came second with 10 nominations, the latter two getting all the right nods and The Irishman getting a notable three acting ticks.

This clearly shows the four best films in the eyes of the Academy's some 6,000 voters, and it is notable that these four are also among the five nominations for the BAFTAs - as good a guide as you will get for predicting the Oscars Best Picture winner.

In the past 10 years, 5/10 Oscars Best Picture winners had also won the BAFTA, which is a better record than the Golden Globes, Critic's Choice and Screen Actor's Guild, though the latter does boast the best record across the past 20 years with 10/20.

This is a negative for 1917, which has not been nominated for that award. Though technically-acclaimed and a uniquely immersive, gripping tale, this World War I film would become the first war film to win Best Picture since The Hurt Locker in 2009, which itself was the first since The English Patient in 1996.

Since 1996, 12 war-related films have been nominated, including Saving Private Ryan, Inglourious Basterds, War Horse, Atonement, Darkest Hour, and Dunkirk (another technically brilliant piece of storytelling), with only one winning, showing their unpopularity.

Once Upon A Time In Hollywood

This points back to Joker, and also to Once Upon A Time In Hollywood, a stylish comedy, which could prove to be the inimitable Quentin Tarantino's finest work yet.

It was his first Critic's Choice Best Picture win last weekend, and his first Golden Globes Best Picture nomination when winning there. It's also up for the SAG and the BAFTA, marking it down as, if not his best, certainly his best since the iconic Pulp Fiction in 1994.

The film's nomination for Oscars Best Picture is Tarantino's fourth, the Director having only ever won one Oscar, Best Original Screenplay for Pulp Fiction. But this is perhaps his least bloodiest offering since then, and the Academy are clearly fans.

Before 1917's shock win at the Golden Globes, where it also took Best Director, Netflix's Marriage Story and The Irishman had dominated the Best Picture betting. Their stock fell further again when Once Upon A Time In Hollywood took the Golden Globes Musical/Comedy film category, and Best Picture at the Critic's Choice.

With the Academy not being the greatest fans of Netflix and it's limited general releases, and showing much more love to more robust (masculine) films, you can safely rule Marriage Story out of the win. There is still hope for The Irishman; it bodes well for Martin Scorcese's epic that six of the last 10 Best Picture winners were films based on true stories.

Joker is an incredible story, with dark edges that hit at our current tone of mental health awareness. We have seen it win acclaim all round for Joaquin Phoenix's acting performance, but no major awards body has handed it as many nominations as the Academy.

Is it brilliant only for Phoenix, or will they see it as more than that? At 8/1, it's worth taking a chance that they will, though we do also like the idea of a first Tarantino Best Picture win.

© PA
Who Will Be The Next Actor To Play James Bond?
© PA
Which Couple is Favourite To Win Love Island 2021?

© PA
Who Will Be The Next Doctor Who After Jodie Whittaker?
© PA
What Are the Odds of Snow This Christmas?
Christmas Number One Betting Odds 2020
© PA
Who’s Favourite To Win I’m A Celebrity Get Me Out Of Here?