With a short putt and a fist pump, Brooks Koepka continued the most dominant run of major championship golf this decade. And oddsmakers believe the 29-year-old American isn’t done yet.

Koepka has won four majors in his last eight appearances, and he’s the odds favorite to make it five of nine when the U.S. Open tees off at Pebble Beach next month. Koepka is the +700 (7/1) favorite at Pebble Beach, according to sportsbooks, which diverge on choices beyond the top spot.

Johnson, Woods, Spieth, McIlroy All in the Mix 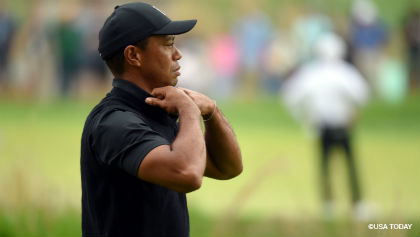 Prior to last weekend, the resurgent Woods had been the betting favorite for the U.S. Open, carrying +800 (8/1) odds after snapping his long major championship drought with his victory in April at the Masters.

He had been the golf betting favorite for the PGA Championship as well, also at +800 (8/1), but missed the cut for just the 10th time in 83 career major appearances. Koepka had carried +1400 (14/1) odds to win the U.S. Open before his performance on Long Island.

But at Bethpage Black, a course in which a total of six players finished under par in a pair of U.S. Opens played at the Farmingdale, N.Y., layout, no one was a match for Koepka, who opened with a course record 63 and finished as just the seventh player to hold multiple PGA Championship and U.S. Open titles.

He’s the first player to win four majors in eight tries since Woods from 2005-06.

Pebble Beach will host its sixth U.S. Open, and will play at 7,075 yards, its longest length for the national championship.

Koepka, one of the longest hitters on tour, dominated the PGA Championship on a Bethpage layout that measured 7,459 yards until a string of back-nine bogeys on Sunday forced him to hold on for a two-shot victory over Johnson. 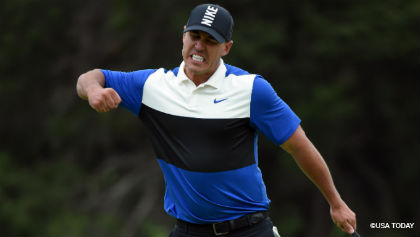 Koepka had entered the U.S. Open with +4000 (40/1)odds in each of the past two years, en route to becoming the seventh player to win the championship back-to-back, and the first since Curtis Strange in 1988-89.

Pebble Beach is where Woods turned in one of his most dominant major championship performances, winning the U.S. Open by 15 strokes at the famed oceanside course in 2000.

Woods’ Masters victory earlier this season was his first major triumph since the U.S. Open in 2008, and his 15th major overall. He carries +350 (7/2) odds to win two majors this season, according to PointsBet, and +660 (33/5) odds of matching Jack Nicklaus’ record of 18 major titles.