Dual Cheltenham Festival winner Presenting Percy is now as short as 11/4 to win the Cheltenham Gold Cup, after returning from almost a year off the track to win at Gowran Park on Thursday.

The eight-year-old, who won the RSA Chase at the Festival on his last start, had missed several engagements over fences due to the ground being too quick, but finally got the conditions trainer Pat Kelly desired for the Galmoy Hurdle.

Phillip Reynolds's star raced wide throughout the 3m test, pricking his ears as he hit the front after the last and coasting to a length and a quarter victory over Bapaume. Fellow Gold Cup hopeful Killultagh Vic was third.

Bookmakers reacted immediately, cropping Presenting Percy from highs of 5/1 into a general 3/1 chance, Matchbook holding firm with a stand-out 7/2 about the 10-time winner.

Connections used the Galmoy Hurdle as an unconventional prep run for the RSA Chase last year, and jockey Davy Russell praised his owner and trainer for waiting for the race again this year.

"Pat Kelly put all the thinking into this plan, I just had to wait for the call," he told RacingTV. "Presenting Percy’s a bit of a pro, he’s been around, and been to Festival twice, and he's trained by a very professional man in Pat Kelly.

"The owner has to get an awful lot of credit too. You'd be tempted to just go and run in those races, but he let Pat wait until it was right. Philip trusted Pat."

Talking through the race, he added: "There were two races on the inside before, and my horse hadn’t run for a long time, so I didn't want to be on that ground. He jumps straight so I had that option to go wide and I was happy to follow Killultagh Vic, he took me a long way into the race."

Owner Philip Reynolds revealed that should Presenting Percy miss his next intended outing in the Red Mills Chase back at Gowran in three weeks' time, then the Gold Cup favourite could switch to running in the Stayers' Hurdle.

He said: "Having missed a run at Christmas, I’d still like to get two runs into him before we travel to Cheltenham. All being well he’ll come back to Gowran for the Red Mills.

"We’ve spoken about the Stayers' Hurdle during the winter, because he is a horse who has had very few runs over fences, just five. To take on a Gold Cup field with that much experience? I’d be lying if I wasn’t worried about that going into a Gold Cup."

Presenting Percy isn't entered in the Stayers' Hurdle and would need to be supplemented, but Betfair added him to the betting at 16/1, Paddy Power making him their new 2/1 favourite. Last year's winner Penhill heads the Stayers' Hurdle betting with most other firms at no bigger than 6/1 with Swedish firm Unibet

Russell: He Never Impresses You 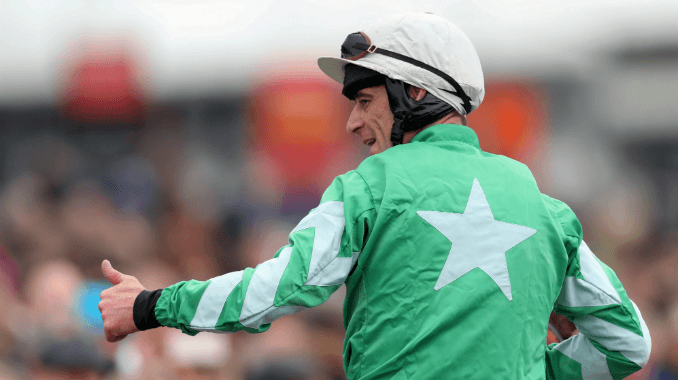 How much Presenting Percy will improve for his first run in more than 10 months remains to be seen, but Russell reported the team happy with day one of his season.

He said: "He doesn’t impress you, he just does it. It doesn’t matter what grade you’re riding in, he always does the same thing.

"He gave me a good feel the whole way through the race and we’re very happy."

"He got a round of applause coming into the parade ring and nearly got one going out too. It’s the heart of racing down here."

Reynolds too found pride in the sheer number of people who had turned out on a January Thursday to see his horse return to action.

"You can see reception the horse, got everyone loves him and we’ve a responsibility to everyone to do the right thing with him. Thankfully, the wait for soft ground has paid off. We’ve resisted all season in case we jarred him, or did something that put him out of action."

He added: "He’s full of beans and was plenty fit coming here, he was definitely ready for the run, but Pat only has one thing in mind for this horse."

© PA
Which Players Have The Best Premier League Penalty Records?
By continuing to use our site you agree to us using cookies in accordance with our Cookie Policy .
Got It
×