For the ninth season in succession, Pep Guardiola must be content with watching the Champions League final from afar.

Not since 2011 has the Manchester City boss contested in club football’s most prestigious showpiece, despite the Catalan being regarded as one of the finest managers in the game.

And although that much is undeniably true, he will surely be tuning in to watch his old club Bayern Munich take part in this Sunday’s showpiece against PSG with an abundance of regret.

Having failed to make the European Cup final in three campaigns with Germany’s best team, Guardiola has now gone four full seasons without even reaching the semi-finals with the most expensively assembled squad in English football.

Given the nature of Man City’s surprise 3-1 defeat to Lyon last weekend, with Guardiola accused of over-thinking his tactics and team selection by fans and pundits alike, it’s fair to adjudge that the Champions League has become something of an enigma for the 49-year-old.

But was City’s downfall in Lisbon solely down to Pep’s wayward tinkering? Serial author and well-respected journalist Guillem Balague leapt to the defence of Guardiola in the wake of the Lyon loss, pointing the finger at individual errors on the field of play instead.

😂😂 I am not asking to play the game again. What I am saying is I see lots of mistakes from those who were playing the game, but the one who will be blamed for the defeat is the manager if the analyis is based only in the result

While Raheem Sterling took most of the flak for his scarcely believable miss from five yards, goalkeeper Ederson – arguably at fault for two of Lyon’s three goals – escaped relatively unscathed despite adding to a worrying tally of errors to cap off an indifferent third season with the club.

The fact he won the Premier League's golden glove award for most clean sheets papers over a few cracks. According to official Premier League statistics, Ederson made three errors directly resulting in a goal in the league last season, more than his previous two seasons combined.

To put that into perspective, the much-maligned David de Gea – vilified for a drop-off in standards in recent seasons – made the same number of errors leading to goals, yet Ederson seems to have escaped the wrath of pundits over the past 12 months.

The stats only paint part of the problem with Ederson though. His clattering of Eric Garcia against Arsenal which left his young team-mate hospitalised and the apparent lack of remorse on display while treatment was being carried out further hinted at an unusual change in character.

Although he did eventually apologise in an interview with ESPN Brazil, the translation came across as disingenuous: “It was just a big scare, he’s fine. He only has a small cut inside the lip,” said Ederson in his native Portuguese, according to Manchester Evening News.

Hailed as the best goalkeeper in the Premier League at the end of his first season at the Etihad, the Brazilian has since been outshone by his compatriot Alisson Becker of Liverpool, and one wonders if that has contributed to his erratic form and insincere persona. 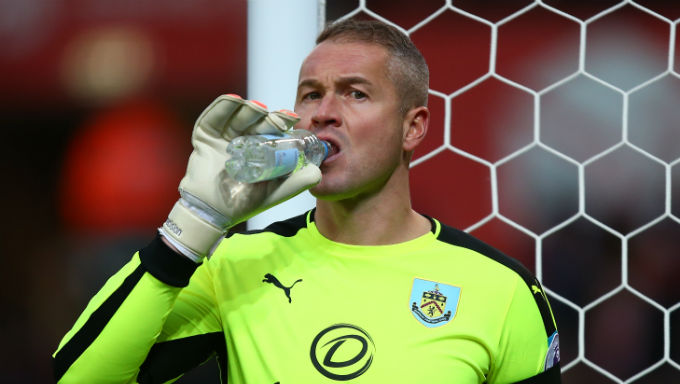 When trying to make sense of a loss of form from the outside looking in, it’s often best to get the opinion of those who have been there and done it, those who have witnessed the ups-and-downs of life as a Premier League footballer.

We asked former England, Tottenham and Blackburn goalkeeper Paul Robinson for his thoughts on Ederson, and the 40-year-old leapt to the defence of the Brazilian, suggesting City’s No.1 will rediscover his best form as soon as Guardiola fixes their suspect defence.

“I like him – I think he’s a good goalkeeper – but his form has been inconsistent and I don’t think that’s been helped by the defence that he’s had in front of him,” Robinson told Gambling.com.

“They’ve chopped and changed and had defensive problems all season. I think this is the poorest Manchester City have been defensively that we’ve seen for a long time and that hasn’t helped the goalkeeper.

“You look at Liverpool and you see the goalkeeper and back four – as a back five it’s consistent, steady, solid and it rarely changes. Virgil van Dijk will always be there when available alongside Joe Gomez or Joel Matip.

‘It Affects Your Game’

“Their structure is pretty sound and solid, whereas Manchester City have been playing Fernandinho at centre-half and have had to fill holes with [Aymeric] Laporte being missing most of last season.

“All that does affect you as a goalkeeper, if everything is chopping and changing in front of you, with defenders making mistakes – it affects your game and it affects you physiologically because you don’t know what’s going on in front of you and you sometimes end up making decisions that aren’t the right ones.”

Speaking of Liverpool, who are 15/8 to defend their Premier League title next season with City 10/11 favourites to reclaim their crown, the Reds know all too well the importance of goalkeeper form.

As solid as Alisson has been since coming to the club, injuries restricted his appearance tally to just 37 in all competitions last season, down from 51 in his first campaign.

Errors by Liverpool’s second choice goalkeeper Adrian contributed to Liverpool being eliminated from the FA Cup and Champions League earlier this year.

Although the Anfield outfit now keep their cards close to their chest when doing transfer business, Robinson expects them to be on the lookout for better strength in depth in the goalkeeping department.

He said: “I think it will be a position that Liverpool will address, because Alisson has come in and made such a difference, and when Adrian first came in to the side he came into a team that was winning relentlessly, and he did ok, he did well enough.

“The second time he came in, Liverpool weren’t on quite such a good run, they were about as inconsistent as they could be at that point in the season and he cost them games.

“I can’t see [Loris] Karius coming back and playing for Liverpool again, that race is run, so it will likely be a position that Liverpool will look to address.”

With Ederson and Alisson in direct competition for both the Premier League title and Brazil’s No.1 jersey ahead of next summer’s Copa America, the 2020-21 season promises to be intriguing battle between the shot-stoppers.