Which Premier League Sides Have The Easiest Remaining Fixtures?

When the Premier League returns from the fourth and final international break this season, the remaining 90 fixtures will be played out in just 51 days with no interruptions.

Whether it's fighting for points to guarantee a place in next season's European competitions or whether it's picking up enough points to avoid relegation, there is plenty for all teams to play for.

The majority of teams have nine matches left to play which gives them 27 points to earn.

Leaders Manchester City and relegation-threatened Fulham have eight games remaining while Everton and Aston Villa have 10 matches left to play including two against each other.

City are 14 points clear at the top of the table as they continue their quest to win an historic quadruple.

Standing in their way are Tottenham in the final of the Carabao Cup, Chelsea in the semi-final of the FA Cup and Dortmund in the Champions League quarter-finals.

It seems implausible for Pep Guardiola's side to not win their third domestic league title in four seasons, so the battle is on for the chasing pack to finish second.

Manchester United and Leicester look to be running a two-horse race for the runners-up spot and after an analysis of each team’s remaining fixtures, the smart money would be on United to finish second.

Both sides have cup distractions further down the line with Leicester looking to win the FA Cup for the first time in their history while United have their sights set on winning the Europa League which would be Ole Gunnar Solskjaer's first trophy as United manager.

United hold a one-point lead over the Foxes in the league and their slightly easier run-in makes the Red Devils slight favourites to take second spot.

Average League Position For Remaining Opponents in Race For Second

While Brendan Rodgers' side face the other five teams in the top six, United's home game with Leicester and a trip to Tottenham are their only matches against teams currently sixth or higher.

The battle for fourth, meanwhile, looks set to go all the way to the final game of the season.

Chelsea have the advantage during the international break, but with five points separating five clubs, every point between now and the end of the season will be crucial.

Defending champions Liverpool have recorded the worst title defence in the history of the Premier League and instead of retaining their title, they are in danger of not qualifying for European football next season.

Jurgen Klopp's side will resume their campaign following the break for World Cup qualifiers seventh in the table, five points behind the Blues. 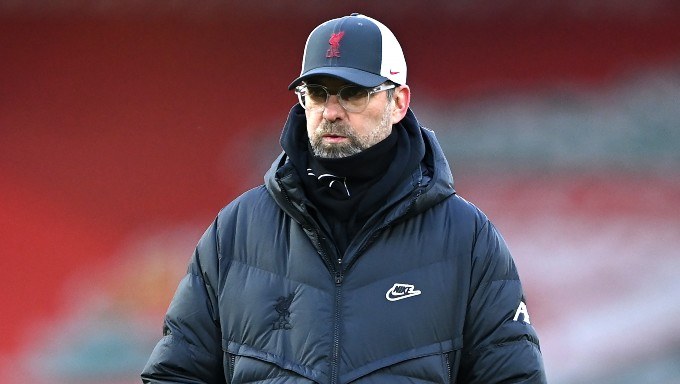 If the Reds are to be involved in Europe next season, they might need help from others to make that happen.

The teams that finish in the top four will qualify for the Champions League while the fifth placed team will play in the Europa League.

However, a top seven finish could be enough for Liverpool to qualify for European football next season if the FA Cup and Carabao Cup winners finish in the top five.

The Reds will want to do all they can to take that risk out of their hands and finish as high as they can or win this season's Champions League – which is a 6/1 chance – to ensure they are involved in European action for a fourth successive season.

Their remaining fixtures are favourable with all but one of their final nine opponents placed ninth or lower. The exception is a trip to Old Trafford on 1 May which could impact both teams' hopes for the end of the season.

Of the five teams in the realistic fight for fifth, West Ham and Everton are the only two who are out of all cup competitions and have the league to solely focus on.

The Hammers have the slight edge over the Toffees with three of their last nine games coming against sides currently in the top 10 while Everton have six games against top 10 sides and that includes two against Aston Villa.

If Chelsea are to hold on to fourth spot, or better, then they will have to cope with a congested fixture list that includes an FA Cup semi-final against Manchester City and a Champions League quarter-final against Porto.

Thomas Tuchel's side could have a total of 14 games to play between now and the end of the season if they reach the final of those two competitions.

Any slip ups will open the door for their rivals and that includes Tottenham.

With the league's joint-leading scorer Harry Kane in great form, Jose Mourinho will hope his goals will close the three-point gap currently between Spurs and Chelsea.

Arsenal manager Mikel Arteta said he believed his side could still push for a top four spot after beating Tottenham.

They are nine points behind Chelsea, but Arteta must have looked at the fixtures and seen that statistically, their run-in is the easiest, but they may have left themselves with too much to do.

For these clubs, failure will be a disappointment which will be eased slightly by the fact that they will be in the top flight next season.

At the bottom of the table, basement side Sheffield United look doomed, sitting 14 points from safety with nine games to play.

West Brom's hopes of staying up are hanging by a thread, but manager Sam Allardyce will not give up on survival until it is mathematically impossible.

Albion have no 'six-pointer' games against teams that are in the bottom six.

The Baggies are 10 points from safety, and above them, five clubs are separated by seven points which might seem like a lot, but things can change quickly.

Fight To Stay Up

Brighton's 3-0 win over Newcastle last time out could not have come at a better time to open up a four-point cushion on the Magpies.

A look at Brighton's remaining fixtures does not make for comfortable reading with games against four of the top five coming up.

Graham Potter's side are eight points short of the 40-point mark that is often used as a safety marker.

Should the Seagulls slip up with the toughest run-in of any side in the league, it will open the door for those sides below them to catch them up.

Newcastle still have games coming up against five of the top seven sides while Fulham, who have played one game more than the other teams around them, have six of their eight remaining matches against teams ninth or lower.

No team in the bottom six has picked up more points than Scott Parker's team in the last six games and the Cottagers host Newcastle on the final day of the season at Craven Cottage on May 23 which could decide who stays up and who gets relegated.

Southampton and Burnley might think they have done enough to stay up, but neither will be resting on their laurels until their survival has been confirmed.

Whatever happens between now and the end of the season, there will no doubt be plenty of twists and turns as teams do all they can to achieve their goals.