With the Premier League season lasting 38 games, it offers gamblers plenty of opportunities to find a theme that can help them beat the bookies more often than not.

When carried out responsibly, betting can add a thrill to games and wagers can be placed on practically every eventuality possible in a match – either in-play or pre-match – which can make watching a match a more exciting experience.

If you are new to football betting, studying the hundreds of markets available can be daunting. But these eight essential Premier League stats, which are based on the last five full EPL seasons, could help you turn your bets into winning returns.

Most Common Half Time Score

Average Number of Cards Per Game

Average Goals Per Game in EPL 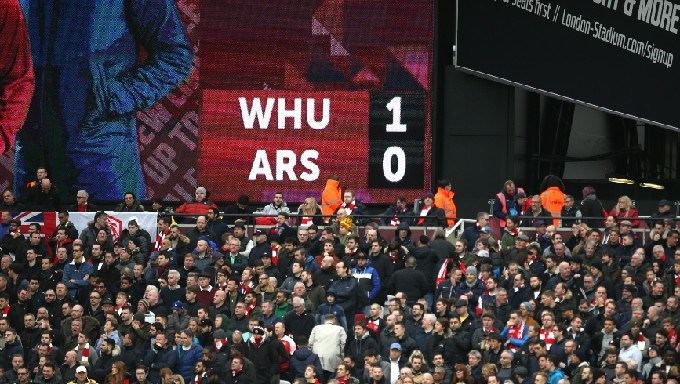 On 70 occasions last season a Premier League fixture ended 1-0, helping to prolong the statistic that 1-0 is the most popular result in the Premier League over the last five seasons, which is worth considering when betting on the total goals market. Last season's 70 single-goal games represented an increase of 15 from the previous season.

2. The Most Common Half-Time Score 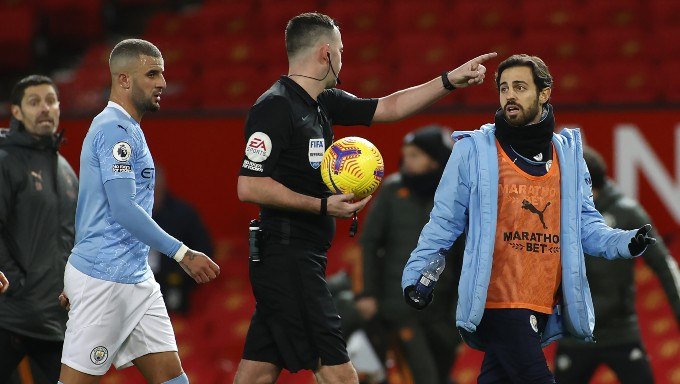 Towards the end of last season, first half goals were very much a common occurrence in the Premier League, with 24 of the final 29 matches producing at least one goal before half-time. So, it's no surprise that the most common score at half-time in the Premier League is 1-0. Since the start of the 2016/17 season, 681 (35.8%) of the 1,900 matches played have produced at least one goal before half-time.

The biggest decrease in half-time scores saw 2-0 scores drop from 54 in the 2019/20 to 38 last season, but three of those came on the final day of the season.

Most Common Half-Time Score Over The Last 5 Full Seasons: 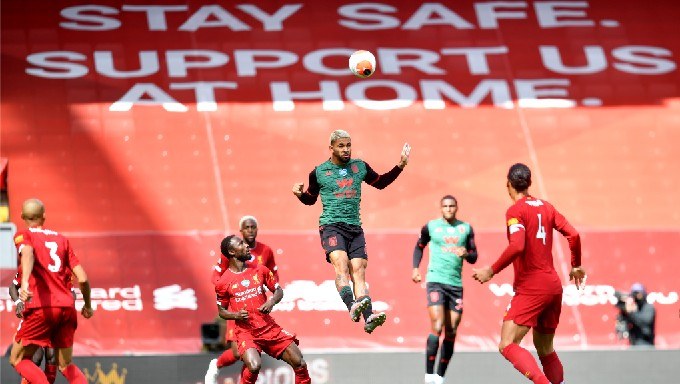 Some away teams took advantage of the empty stadiums during the 2020/21 campaign by performing better on the road than at home. Everton won 11 times on their travels while at Goodison Park they picked up just six wins. Manchester United picked up three more wins away from home than they did at Old Trafford.

Last season, Manchester City led the league with 13 home wins, which is the second-lowest total of home wins for the champions in the history of the 29 seasons of the Premier League. The total of 144 home wins is the fewest in a single season since the Premier League began in August 1992. Putting that into context, at the end of the 2018/19 season, there were 181 home wins.

12 clubs have been ever-present during the last five Premier League campaigns, and it's no surprise that City, who have won three titles in the last four seasons, lead the way with 73 wins from their 95 matches played at the Etihad since the start of the 2016/17 season. St Mary's has been the friendliest ground for visiting teams, with Southampton winning just 29 of their 95 home games.

With more supporters attending games for the 2021/22 campaign, last season's home win percentage of 37.9% should increase significantly so it might be worth backing more home wins when compiling your football accumulator each week. 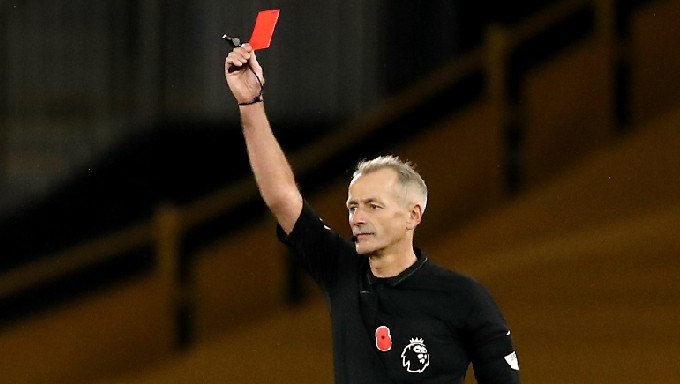 Liverpool were the cleanest team last season with just 40 yellow cards shown to Jurgen Klopp's players, which is two more than the 38 they were shown in each of the previous two seasons. Aston Villa's John McGinn was the most-cautioned player with 12 yellow cards last term, while Manchester United's Harry Maguire was booked 11 times. Remarkably, Maguire's centre-half partner Victor Lindelof got through the 2020/21 league programme without having his name taken once.

Manchester United are the only team to have picked up over 400 yellow cards over the last five seasons and their total of 415 is 140 more than Liverpool. The average number of cards remains constant at 3.32 cards per game and with VAR making more of an impact in the top flight each season, there is a chance that number could increase.

Cards Per Season (Averages Per Game): 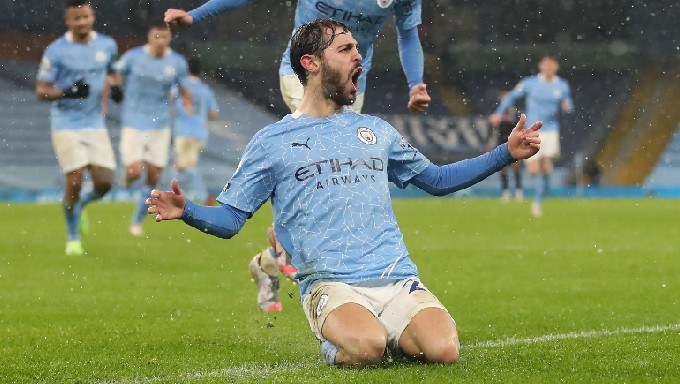 For the sixth successive season, the 1,000 goal barrier was broken in the Premier League in the 2020/21 campaign with games involving Leicester (118), Manchester United (117) and Leeds (116) producing the most. Indeed, games involving the Foxes averaged 3.10 per game last term.

Last season's tally of goals was boosted by two nine-goal games. The first of those came at when Aston Villa produced the shock result of the season by beating reigning champions Liverpool 7-2. On February 2, Manchester United hammered Southampton 9-0 at Old Trafford, which was the second season in a row the Saints lost a league game 9-0.

Last season was the third successive campaign in which the total goals decreased, falling from 1,072 to 1,034 to 1,024. For the 12th successive season, the average goals per game was higher than 2.5 which is always good to know when betting on over 2.5 goals. The last time the average dipped below that mark was during the 2008/09 campaign which ended with an average of 2.48.

Goals Per Game Over The Last 5 Full Seasons: 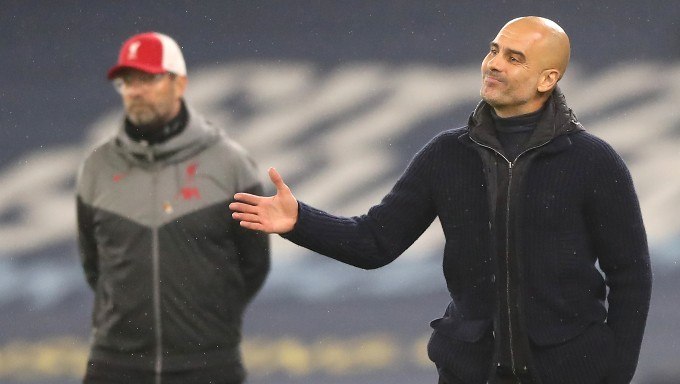 It's a nice feeling starting a new year top of the Premier League table, and while it means a team has negotiated the first half of the season with a degree of success, it does not guarantee the second half of the season will follow in the same manner. Liverpool began 2021 top of the standings after a goalless draw at Newcastle, while Manchester United's 1-0 win at home to Wolves on December 29 meant the Red Devils were three points behind Jurgen Klopp's side with a game in hand.

Manchester City were seven points behind the leaders in eighth place, but they had played two games fewer than Liverpool. City won their last two league games of 2020 to kick-start an incredible run that saw Pep Guardiola's side take a maximum 45 points from 15 games to help them win a third league title in four seasons.

The 2020/21 season was the fourth in the history of the Premier League in which Liverpool were top of the table on the morning of January 1, but failed to go on and win the title. Arsenal have also been caught four times after starting a new year in pole position. The most recent occurrence was when Leicester shocked the world by winning the Premier League title against pre-season odds of 5,000/1, one of the biggest upsets in sporting history.

Since the start of the Premier League, teams that have been top of the table on the morning of January 1 have failed to win the title in 13 of the 29 completed seasons, which is good knowledge to have if you like betting against the team leading the league on New Year's Day. 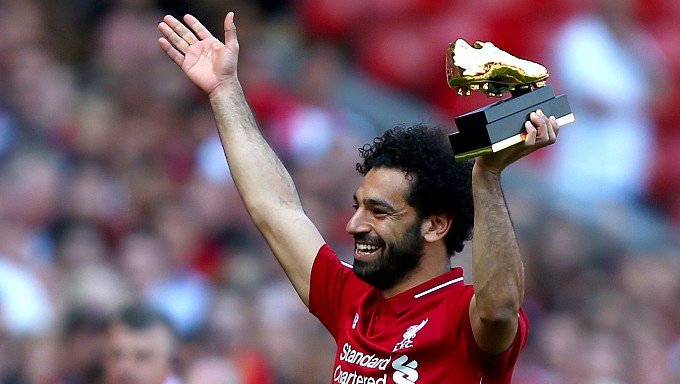 Harry Kane secured a third Golden Boot award in six campaigns last season but the Spurs striker's individual accolade continued an unwanted trend in the Premier League. The last 10 players to have been presented a Golden Boot have played for teams that failed to win the league title. The last player to finish the season as leading scorer and league champion was Manchester United's Robin van Persie in 2013.

Betting on the Golden Boot winner is a popular outright bet and last season's award came down to the final round of fixtures with Liverpool's Mohamed Salah battling it out with Kane for the award. Both players were locked on 22 goals entering their final match, but the Egyptian failed to score in Liverpool's 2-0 home win against Crystal Palace while Kane managed to score against Leicester, the team he has scored the most Premier League goals against.

English players have now won the Golden Boot award in four of the last six seasons but Kane and Leicester's Jamie Vardy remain the only English players to have their name on the trophy since Sunderland's Kevin Phillips won it at the end of the 1999/00 season with 30 goals. 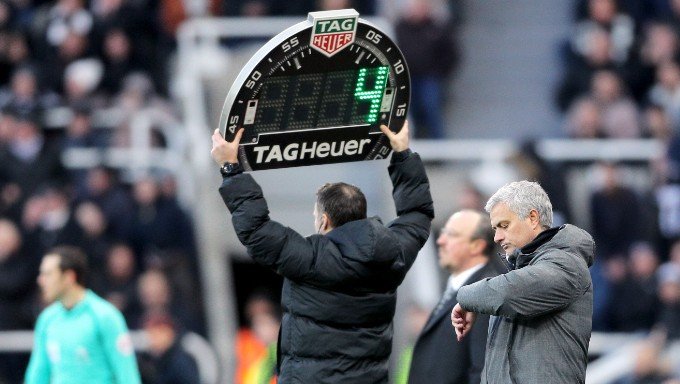 The evolution of football betting has turned in-play betting into one of the most popular ways to bet and most betting sites allow you to bet on whether a goal will be scored in different bands of 10 minutes.

Goals in the opening 10 minutes rose from 73 in the 2019/20 season to 99 last season, but the most popular time frame for goals to be scored remains the period between the 81st minute and full-time. A total of 157 were scored during this period last season which represented a decrease for the second season running.

The second most popular period of time to score is the 10-minute spell before and after half-time. Last season, 13.5% of the 1,024 goals were scored between the 41st and 50th minute.

More goals are scored at the end of each halves because the time spent on VAR reviews while second half substitutions mean more time is added on at the end of games with some matches lasting over 100 minutes last term. Last season saw the highest percentage of first half goals scored (47.2%) since the 2014/15 season (47.4%).

Advertiser Disclosure
Every online gambler deserves a safe and fair place to play. Our mission at Gambling.com is to create a safe online environment for players through free, impartial and independent reviews of New Zealand's best online gambling companies so that you can play with confidence and security. All ratings and reviews are made independently of the operator by our team of gaming experts and with every company being fully licensed to operate in the US they can be trusted to offer fair play. We accept compensation from the companies advertised on this page and this may affect the brand positioning. We endeavour to continuously update this list so we can bring you the most current sites and the best available offers but we cannot review every site in the market.

Advertiser Disclosure
Every online gambler deserves a safe and fair place to play. Our mission at Gambling.com is to create a safe online environment for players through free, impartial and independent reviews of New Zealand's best online gambling companies so that you can play with confidence and security. All ratings and reviews are made independently of the operator by our team of gaming experts and with every company being fully licensed to operate in the US they can be trusted to offer fair play. We accept compensation from the companies advertised on this page and this may affect the brand positioning. We endeavour to continuously update this list so we can bring you the most current sites and the best available offers but we cannot review every site in the market.
All Sites