After the most challenging year in NFL history, we’ve finally made it to Super Bowl 2021, and it projects to be one of the best in recent memory as Tom Brady is set to play in his 10th title game and will do so in his home stadium.

The Tampa Bay Buccaneers are now the first team ever to host a Super Bowl, which is an advantage during the COVID-19 era for travel reasons. However, they will be tasked with stopping Patrick Mahomes and the defending champions in the Kansas City Chiefs. We’ve already seen this matchup once this season, in the same stadium, as the Chiefs won 27-24 in a game that wasn’t as close as the final score indicates.

Though this is a home game for the Buccaneers, they are 3-point underdogs in this game at most of the top NFL betting sites. The total sits at 56.5, which is one of the highest in Super Bowl history. That isn't all that surprising, given that these are two of the highest-scoring offenses in the NFL.

When it comes to NFL betting, there is nothing better than the Super Bowl. Let’s break down all the odds for Super Bowl LV, including the point spread, over/under totals and match specials. 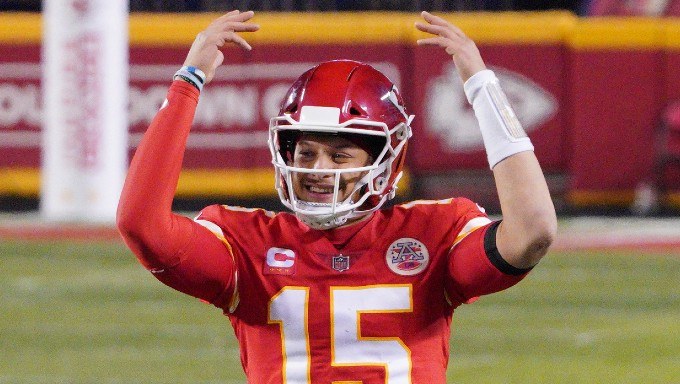 Kansas City are the strong favourites over Tampa Bay in this game and it’s not hard to see why. The Chiefs are 25-1 in their last 26 games with Mahomes as the starting quarterback, including five straight postseason wins. In those five playoff wins, only one game has been within single digits, and that occurred earlier this post-season against the Browns in a game in which Mahomes was knocked out of the game with a concussion.

Kansas City doesn't lose very often, and the fact that it has already beaten Tampa Bay once this season at Raymond James Stadium is even more evidence that the Chiefs should be favoured in this game.

However, the Buccaneers are a worthy adversary who have won seven straight games. Tampa Bay also have Brady, a quarterback who is never afraid of the bright lights. The Buccaneers might not win this game, but there is a lot of value in the handicap market for Tampa Bay. 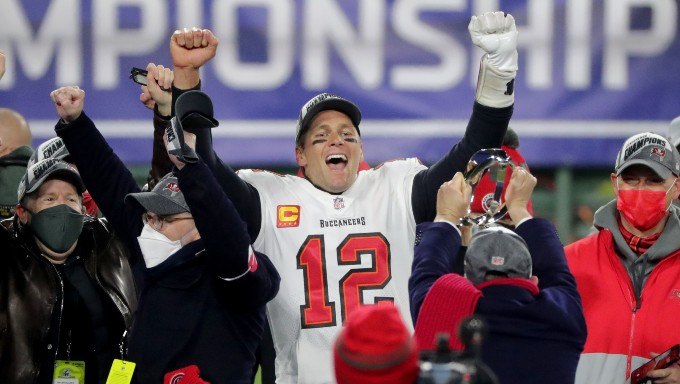 The best bookies will offer punters a wide range of options in the point spread market, but the standard handicap on favourites the Chiefs sits at -3. Truth be told, the Chiefs have been awful against the spread over the last 10 games, covering just once. That cover came against the Bills in the AFC Championship as they were able to secure a 14-point win.

Meanwhile, the Buccaneers have been solid against the spread this season, going 11-8 in 19 games. However, they've been on a bit of a hot streak as of late, covering in four of their last five games. It’s worth noting that the favourite is 9-11-1 against the spread in the last 21 Super Bowls. 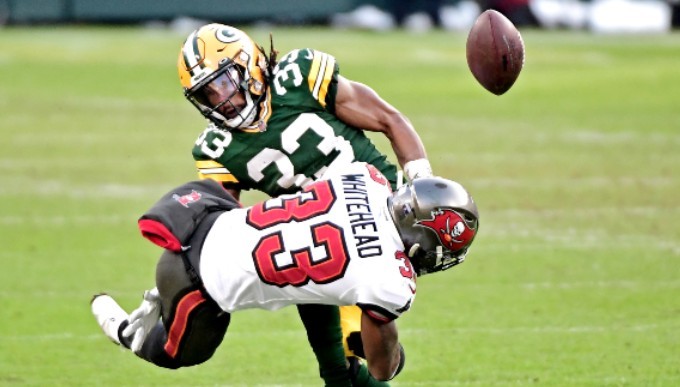 With both the Chiefs and Buccaneers averaging close to 30 points per game during the regular season, the over will be a popular bet. Kansas City averaged 29.6 points per game this season, which includes a Week 17 game against the Chargers where they scored only 21 points with Tyreek Hill resting.

What has become evident in the playoffs is that the Chiefs were on cruise control for much of the season, and now that they are close to winning their second-straight Super Bowl, the offense is showing its teeth. The biggest concern for them in this game is their offensive line, as both Eric Fisher and Mitchell Schwartz will miss the Super Bowl with injuries. That could slow some of the scoring down if the Buccaneers can pressure Mahomes.

As for Tampa Bay, the Buccaneers finished second in the NFL in scoring offense by averaging 30.7 points per game. The Buccaneers have scored 30 or more points in six straight games, including the playoffs. Given how explosive each offense has been this season, it's a surprise that the total isn't even higher. 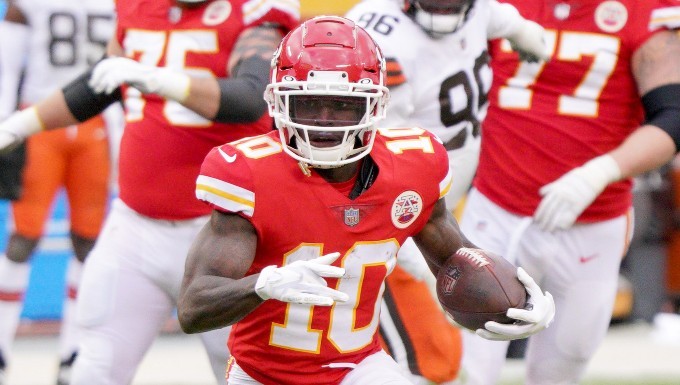 One of the biggest betting days in the annual sporting calendar is the Super Bowl, and a big reason is the number of specials bets available to punters. Bettors can wager on the game itself or novelty bets, such as what colour sports drink is dumped on the winning coach after the game. However, the most popular 'prop' bet of all is the Super Bowl MVP award.

The Super Bowl MVP award is a quarterback award. In the first 54 Super Bowls, the MVP has gone to a quarterback 30 times, with the next most being a tie at running back and wide receiver (7). There have been just 10 defensive winners in the Super Bowl era, with the last one being Von Miller of the Denver Broncos in the 2016 game.

As expected, Mahomes and Brady are the two overwhelming favourites to take home the award once again (they have a combined five Super Bowl MVPs). However, there is some value on some non-quarterbacks here. Tyreek Hill (12/1) had a 269-yard, three-touchdown performance against the Buccaneers earlier this season. Another name to consider is Shaquil Barrett (50/1) of the Buccaneers, who could have a field day against the Chiefs with both starting offensive tackles out for this game.

*Odds correct as of January 27 and courtesy of 888Sport

Other Super Bowl Bets To Consider

Tyreek Hill to score a touchdown, 8/13 (Bet365): Arguably the best receiver in football, Hill hasn’t been a huge touchdown scorer in the playoffs. In nine career games, he has just two receiving touchdowns, both of which came against the Titans last year. However, the Buccaneers allowed Hill to score three touchdowns in their previous meeting and they don’t have a cornerback that can match his speed. Look for him to get into the end zone at least once in this game.

Tom Brady under 300.5 passing yards, 5/6 (888Sport): For the Buccaneers to win this game, they will need a big game from Brady. But will he go over 300.5 passing yards? That seems high as Brady has done so just once in his last five playoff games. Instead, look for him to be efficient and for the Buccaneers to slow down the game by using the rushing attack to keep Mahomes off the field.

Chiefs to win by 7-12 points, 5/1 (Bet365): If the Chiefs are going to win this game, it will likely be by a touchdown or more. The Mahomes-led Chiefs haven’t played in a playoff game where the final margin of victory was within four points during his entire playoff career (seven games). At 5/1, the Chiefs winning by a touchdown or slightly more is too good of a value to pass on.