KSI and Logan Paul will go head-to-head at the Staples Center on Saturday, November 9 (© USA Today)

Two of the biggest stars on the internet will go head-to-head this Saturday night at the Staples Center in Las Vegas for one of the most highly anticipated boxing bouts of the year.

Olajide Olatunji, better known by his online persona KSI, will step into the ring with self-proclaimed ex-controversial YouTuber Logan Paul for their second bout - the first one ending as a majority draw all the way back in August, 2018.

It’s a matchup - scheduled for six three-minute rounds - that has been shrouded with controversy, with some seasoned boxing professionals (such as Katie Taylor) and fans slamming the event as an embarrassment to the sport.

But the sheer interest - both fighters have accumulated tens of millions of fans - and media attention has caused some of the boxing world to change their views and support the hype surrounding the brawl.

Since their last fight, which was contested using headguards and 12oz gloves, both fighters have turned their professional meaning a drop to 10z and the head protection banished. But the question on everybody’s lips is who will emerge victorious, and there are plenty of boxing betting opportunities available to get involved with. 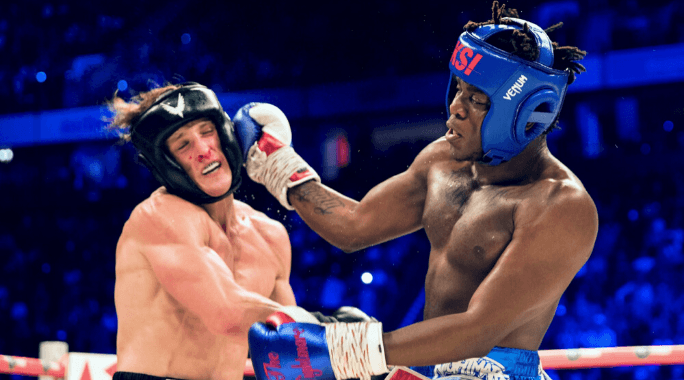 Why is Logan Paul vs KSI 2 Happening?

As it stands, KSI’s boxing record stands at 1-0-1. The Watford based social media mogul defeated Joe Weller via TKO in the first-ever YouTuber boxing match back in February 2018. It was that night that the rivalry between himself and Logan Paul was born.

On the other hand, Paul has a record of 0-0-1, with both men citing pride and legacy as key motivating factors behind the scrap. However, the large paycheque could also be a factor here. Both fighters are set to take home quite a substantial purse with the entire card being shown live on both DAZN and Sky Sports Box Office.

After calling out the Ohio native Paul following his victory over Weller, the pair exchanged heated online insults in the form of YouTube videos and Tweets for months before settling on a date to enter the ring on August 25, 2018.

Their first fight, which was streamed live on YouTube, recorded over 1.2 million PPV (pay per view) buys - so it’s clear to see why Matchroom Sports manager director Eddie Hearn was keen to promote them.

Now, over a year later, the sequel is just around the corner. It’s an event the top boxing bookies, the YouTube community and a small but ever-growing circle of boxing fans have had penned in their calendars for months.

Who Will Win KSI vs Logan Paul 2 - Betting Tips

Logan Paul began their first fight stronger, utilising his height and reach to good effect and combining that with a quick jab most professionals would be keen to have in their arsenal.

But as the rounds wore on, KSI’s conditioning proved to be far superior and while Paul clearly gassed out, KSI didn’t. KSI finished the fight far stronger, landing a barrage of punches in the final round which, without headguards and with smaller gloves, could have led to a KO. 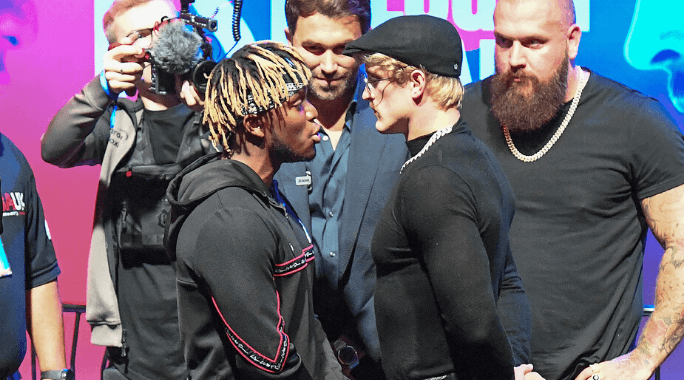 However, this time around Paul has had 14 months to work on his technique and conditioning - something which will have been aided by the arrival of former world heavyweight champion Shannon Briggs to the Maverick camp.

KSI, on the hand, spent his final few weeks of training camp at the infamous Mayweather gym under the tutelage of Floyd's uncle, Jeff Mayweather.

Giving how impressively Logan Paul began the first fight, and how he has over a year to hone his craft, it’s hard to see past a victory for the United States representative. We recommend backing him to win outright at 4/7 with BetVictor.

For those who like to bet on bigger prices, Logan Paul to win in rounds 1-3 is available at 11/4 with Unibet and given his proven power, this does not look like a bad bet.

However, with a fight like this, it can often be a smart idea to take a chance on the underdog. KSI is available at odds of 6/4 with William Hill. If he is to get the better of Paul, you would imagine it would be due to decision or technical decision which is available to bet on at 4/1 with BlackType. That’s a fair price considering the relative unknown heading into this contest.

I’m the underdog so bet on me if you wanna earn some easy money.

What Time is KSI vs Logan Paul 2 On in The UK?

The fight will take place this Saturday, November 9th at the Staples Center in Los Angeles. The two fighters can expect to step into the ring at around 8 pm local time.

For fans in the UK or Europe, this means the first bell will ring at around 4 am, but there are plenty of fights beforehand to keep viewers entertained.

Who Is Fighting on the Undercard?

KSI’s fellow countryman Billy Joe Saunders will also fight on the card as he takes on Marcelo Esteban Coceres for the WBO Super-Middleweight title. That matchup expects to be a one-sided affair, with Saunders an overwhelming 1/40 favourite to retain his title.

He faces off against the Argentinian Marcelo Esteban Coceres - a fellow undefeated fighter with one draw on his record, albeit early on in his career.

American fans will be looking to get behind Devin Haney, who also fights on the same card for the WBC Lightweight Title against Alfredo Santiago. Like Saunders, Haney is the red-hot favourite with some bookmakers pricing him as short as 1/100 to win.

There had been rumours that Logan Paul’s little brother Jake Paul would be fighting on the same card with the likes of AsEsonGib, Dillon Danis, Faze Sensei and even Soulja Boy mooted as possible opponents - but nothing came to fruition. However, it is likely fans will get to see Jake enter the ring in the future, with promoter Eddie Hearn keen to cash in on a second Paul brother.