It appears that Real Madrid are continuing to lurch from one crisis to another and after their loss against Real Sociedad put them 10 points behind La Liga leaders Barcelona, Los Blancos may as well admit defeat again in their race for the title.

Such a gap isn’t insurmountable with half the season still to play of course, but the manner in which Real are approaching and then playing their games isn’t conducive to winning championships.

Santiago Solari might have the midas touch just like his predecessor, Zinedine Zidane, and another Champions League success will gloss over all of Madrid’s ills. However, on current form, they’ll not get close to a record-breaking fourth-in-a-row.

Their problems are many, some of which are Solari’s own making.

Real Madrid, world champions? Do me a favour. Solari doing his best to hand the permanent position to Pochettino at the end of the season. #RealMadridRealSociedad

Indeed, the new coach, despite winning the Club World Cup and having overseen an immediate turnaround in results after replacing Julen Lopetegui, now seems unable to effect games.

Not via tactical switches, substitutions or managerial nous.

It’s not too unfair to suggest that the job might even be too big for him. Certainly, the losses against Eibar (0-3), CSKA Moscow (0-3) and Sociedad (0-2) showed up his deficiencies as a coach.

He’s not entirely to blame though. Marcelo has been particularly poor, ditto Luka Modric, Gareth Bale, Karim Benzema… and it’s not what they’re used to at the Santiago Bernabeu.

But there’s one situation above all others that appears to have dominated the column inches over the last couple of months.

Any Future at Real for Isco?

Since Solari took the reins, he’s made a point of keeping Isco out of the starting XI for the most part.

Granted, the player didn’t help himself by refusing a handshake from his coach when their relationship appeared to have completely broken down at one point, but not playing arguably Los Blancos’ most creative player is a bit of a head scratcher.

In the 15 games that Solari has been in charge, Isco has only started in two. One of those was against CSKA, but there wasn’t anything riding on the game anyway with the Champions League positions in the group already settled. The other was a Copa del Rey tie against third tier Melilla.

📖 The bookies believe Isco is going nowhere this month. . .

🤷‍♂️ But have they got the market right?

With Gareth Bale out injured against Real Sociedad, it would’ve made perfect sense to bring Isco into the fold but Solari instead plumped for 18-year-old Vinicius Junior.

There’s no doubt the young Brazilian is one for the future, but he isn’t Real’s saviour at this point.

That has to be the final straw for Isco, and the decision makes a mockery of odds of 1/10 (Betway) that he stays in Madrid past January, despite his own words when ‘doorstepped’ at Madrid’s Barajas Airport recently.

Suggesting he was happy at Madrid and wouldn’t be leaving in January were a little hollow and contained more than a hint of sarcasm.

So where will he go next?

Isco to Premier League or Serie A?

When a player with Isco’s talent becomes available, Europe’s big clubs will always be interested. At 26 years of age, he hasn’t yet reached his peak and that makes him even more of an attractive proposition for potential purchasers.

Juventus are known to have thrown their hat into the ring, and after the successful conclusion to negotiations for Cristiano Ronaldo, the lines of communication with the Bianconeri remain open.

The Italians appear to want to wait until the summer before making their move, however, and that could be six months too late.

Even if Isco could be assured of a starting spot next season, having virtually half a season as a squad player with a few minutes here and there is going to kill his confidence. Would Juve even get the same player they’d be expecting after that?

Odds of 33/1 with Betway offer a decent return on your spend if it happens, but other options are more attractive for the player, particularly from the perspective of getting playing time in the immediate future.

Pep Guardiola at Manchester City is known to be an admirer, and with David Silva getting no younger, Isco would absolutely fill the attacking midfield role that Silva plays so expertly. 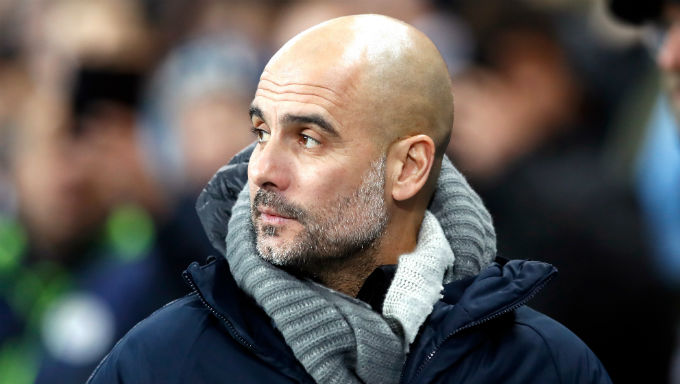 The issue, again, would be a lack of immediate integration, but from a betting perspective, BetVictor have that move at short odds of 4/1, but you can pick up 11/1 from Unibet if you’re quick.

Manchester United’s rumoured interest in Isco doesn’t have legs in my opinion.

Not only would Isco have the likes of Paul Pogba to try and dislodge, but Ole Gunnar Solksjaer is still figuring out what he’s got, what he wants and what he can get. Only BetVictor are offering odds on this particular move in any event, at a lengthy 10/1.

Don’t bother with that bet though.

Elsewhere, Mateo Kovacic is already at Chelsea, on loan from Real, but Inter are known to want to take him back to Milan, a club where he spent two years before signing for Los Blancos.

With Cesc Fabregas imminently moving on there’s a need to bring someone else in, and Isco would enjoy playing the Maurizio Sarri way as much as the coach would enjoy have him.

Coral are offering a mind-boggling 12/1, whilst Unibet and 888Sport are a far more conservative 6/1.

However, much may depend on Chelsea’s supposed interest in Cagliari’s ‘exceptional’ midfield talent Nicolo Barella.

As an outside bet, Paris Saint-Germain are worth considering at 20/1 with BetVictor.

Whether the French league appeals to Isco at this stage of his career is an unknown, but with Qatari money behind them, the Parisiens can not only afford any transfer fee, they can blow every other team out of the water by what they can offer in terms of salary.

Money will always remain attractive to any player, and we only need to look at the influx of talent into China for the proof in the pudding.

A move to PSG is unlikely, but you never say never in football, especially as they could soon be looking for a replacement for Barcelona transfer target Adrien Rabiot.