Did you get in on the Nationals and their 18/1 World Series betting line at the beginning of the playoffs? If not, there’s still a chance to get value on Washington, which enters the World Series against Houston as a 19/10 underdog at RedBet.

The Astros, priced at 4/9 favorites at BetVictor, are about as steep of a World Series favorite as you’ll see, as you have to bet $200 to win $100 on the American League champions prevailing in the Fall Classic, as opposed to betting $100 to win $190 with Redbet for the first championship in Nationals history.

With the title odds so lopsided, it may be appealing to seek out a good MLB betting prop bet for the World Series, but before diving into that, it’s worth noting that there are reasons for both Houston and Washington to enter their showdown with optimism.

Why You Should Bet on Astros to Win World Series

When the Astros closed out the Yankees in Game 6 on Saturday night, it meant Cy Young Award frontrunner Gerrit Cole gets to pitch Game 1 of the World Series instead of an ALCS Game 7 on Sunday night. All Cole has done this October is win all three of his starts, allow just one run on 10 hits and strike out 32 in 22.2 innings. 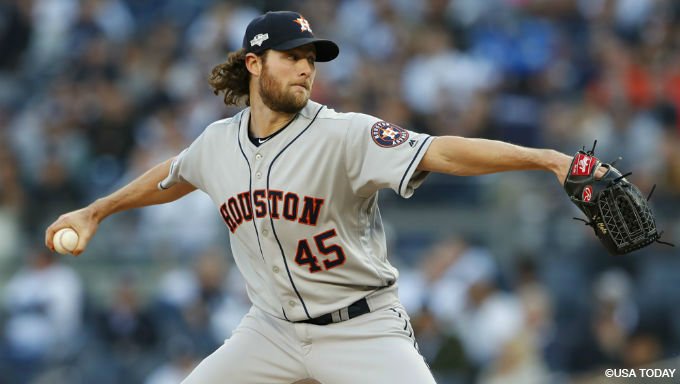 All Houston has to do to win it all is win two starts each by Cole and Justin Verlander, the second pair of teammates – after Randy Johnson and Curt Schilling in 2002 – to each strike out 300 batters in a season.

The Astros also have a lineup packed with power: Four hitters who hit 30 or more homers in the regular season, plus rookie Yordan Alvarez, who went deep 27 times in 87 games. Houston has been here before, winning the World Series in 2017, and, of course, the Astros have homefield advantage thanks to their 107-win regular season. They were 60-21 at home in the regular season and 5-1 in Houston during the playoffs.

Why You Should Bet on Nationals to Win World Series

As good as the Astros’ starting pitching is, the Nationals’ rotation is arguably even better. Washington this year became the first team in Major League Baseball history to have three starters register five wins above replacement, an ERA+ of 135 or better, and double-digit strikeouts per nine innings: Patrick Corbin, Max Scherzer, and Stephen Strasburg. Cole and Verlander did, too, but the task of beating Washington means winning three games started by that electric trio, plus the Anibal Sanchez game. 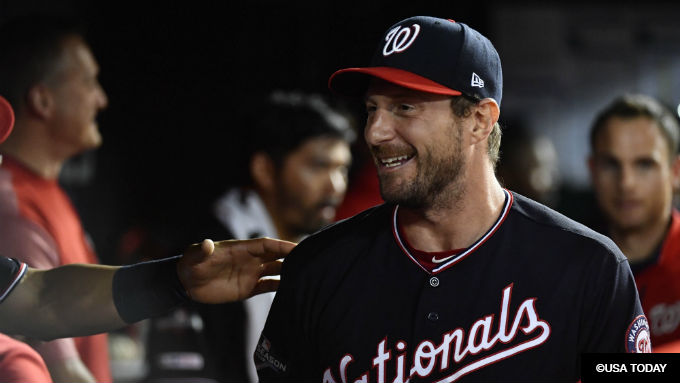 As well as the Astros hit, the Nationals have a 52-point advantage on them in team OPS in the playoffs. Washington has hit .243/.315/.382 in the postseason, compared to .208/.287/.358 for a Houston team that has benefited from 14 home runs. But now the Astros must face a Nationals staff that gave up the seventh-fewest home runs in baseball in the regular season, though they have allowed 12 in 10 postseason contests.

If you don’t buy into the Nationals, or feel like the Astros’ odds don’t reflect value, the prop bet market is robust, particularly at Redbet and bet365.

Most intriguing is the World Series MVP field, with Cole (13/2) and Verlander (15/2) pretty much co-favorites. That belies the trend; the only pitcher to be named MVP in the past 10 World Series was Madison Bumgarner in 2015, and all he had to do was throw five innings of scoreless relief to save Game 7 after tossing seven dominant innings in Game 1 and a four-hit shutout in Game 5.

Among position players, Houston’s Jose Altuve, Alex Bregman, and George Springer all are listed at 10/1. Washington’s top candidates are Scherzer (13/1) and Strasburg (14/1), followed by sluggers Anthony Rendon and Juan Soto at 15/1 each.

Betting the exact outcome of the series is another possible tack, with Astros in 6 games offering the lowest odds at 3/1. There’s also Game 1 and series double betting, with the Astros winning the opener and the championship sitting at 4/5 – that’s a far better price than the series outright odds, and if you think the Astros are winning it all, don’t you think it starts with Cole doing business in Game 1?

The trickiest prop bets on the board are the over/under on total home runs hit (13.5) and runs scored (44.5) in the series. These are not just about how much offense there will be between the Astros and Nationals, but how long the series will last.

As we learned in Game 6 of the ALCS, when usually dominant closers Roberto Osuna and Aroldis Chapman combined to give up four runs and push the contest from comfortably under to over, it’s hard enough to figure this out on a day-to-day basis, let alone over the course of up to a week and a half. This figures to be a pitching-dominated World Series but both teams have more than a little bit of bullpen uncertainty, and that should make things interesting.