Back Valtteri Bottas EW in the 2019 F1 Drivers’ Championship

There’s two ways to look at the forthcoming Formula 1 season.

You can approach it as a fan excited and intrigued by three new drivers, two returning drivers and a pair of rebranded teams.

But so what if Force India have become Racing Point and Alfa Romeo have taken over naming rights of Sauber? Likewise who cares if new boys Lando Norris, George Russell and Alexander Albon transpire to be the next Fangio, Senna and Schumacher? Are any going to challenge for a single race victory in 2019 baring biblical intervention?

Alternatively, you can approach the 2019 season as gambling medium where Lewis Hamilton and Sebastian Vettel will inevitably battle for the title and the crumbs, the each-way scraps, will go to the Ferrari No.2 driver, Mercedes No. 2 or one of the Red Bull pilots.

That could be deemed to be a very blasé assessment but it is precisely how things panned out in both 2017 and 2018.

Will No.2s Fall On Their Swords?

Ferrari have never had any qualms about using their designated second driver as a proverbial whipping boy in Formula 1. Eddie Irvine spent his entire Ferrari career backing up the opposition for Michael Schumacher, as did Rubens Barrichello.

Then Felipe Massa got a turn at moving aside for Fernando Alonso before Kimi Raikkonen became Sebastian Vettel’s rear gunner.

Kimi’s now gone, demoted to Sauber which has been re-branded as an Alfa Romeo, and Vettel will have to depend on the 21-year-old Charles Leclerc to fall on his sword when instructed. Likewise the supremely confident Max Verstappen has a new garage-mate at Red Bull, Pierre Gasly.

If you are not a doom-monger then you might want to head to Paddy Power and take some of the 33/1 on offer about Gasly or 9/1 about Leclerc with their 1-2-3 each-way terms of 1/5th the odds.

Personally, at the prices, I’m more of a Valtteri Bottas fan. Unquestionably the Finn had a 2018 season to forget but it was blighted by instructions to forfeit race leads to the benefit of his Mercedes team-mate and many other races were ruined by strategies designed to assist Lewis Hamilton.

Bottas may not have won a race in 2018 but he did collect eight podium finishes and finished second to his teammate on four occasions.

The 29-year-old got the drive at Mercedes upon the retirement of Nico Rosberg in January 2017. Rosberg elected to hang up his helmet upon becoming 2016 World Champion at the expense of his teammate Lewis Hamilton.

In this era Mercedes drivers were allowed to race one another, hard. Of course they also had a dominant car in 2016 and they netted 19 of the 21 races. 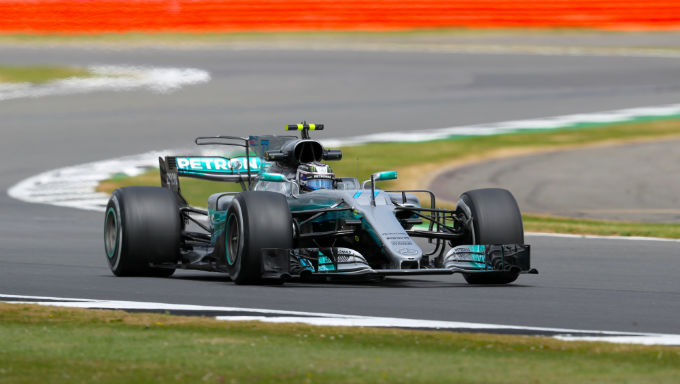 In the 20-race 2017 season Bottas won three races for Mercedes and took another ten podiums. It saw him finish third in the driver’s standings just 12 points adrift of Sebastian Vettel in second.

On this form alone I have to be of the opinion that Bottas is a safe each-way play for the 2019 Driver’s Championship at Blacktype's 16/1.

Alas I cannot see him winning the title at the expense of Lewis Hamilton so we are playing for the each-way winnings only.

However, as the season’s traditional opening race, the Melbourne Grand Prix (March 17th) draws closer, the best F1 bookmakers such as Bet365 will be offering ‘place only’ and ‘without the favourite’ markets which might represent a better place to invest your money.

But there are more factors to consider when declaring Bottas a safe candidate for a top-three finish and possible runner-up spot in the 2019 Driver’s Championship. In 2018 he felt some serious heat from the F1 media who questioned his performances as the season wound down to a close.

It’s unclear if his team gave him such a grilling but it's abundantly obvious he has a rival for his 2020 race seat with Frenchman Estaban Ocon, a protégé of the Mercedes-Benz driver development programme who is missing from the 2019 F1 grid, eagerly waiting in the wings.

This can only act as an incentive to Bottas.

Of Bottas’ rivals from other teams, Ferrari broke from tradition when appointing a fresh-faced Charles Leclerc. Unquestionably his promotion will have had to have been sanctioned by Sebastian Vettel who will have assurances he is the team’s priority and Leclerc will be used as a pawn if and when needed.

Unrequited love, thwarted opportunities, barren bonds, dashed hopes and broken hearts is the steady diet Ferrari has served up for more than a decade and the appointment of their fourth team principle in the space of six years – Mattia Binotto has recently replaced the charismatic Maurizio Arrivabene – does little to raise hopes that the proverbial ball will not be dropped when a clean catch is desperately needed.