Don't Back a Trump Comeback! It's All Downhill From Here

Three months ago, weighing up the plethora of political betting opportunities related to Donald Trump’s presidency and future, I strongly recommended backing against the US President winning a second term. I also questioned whether he would even run again, as his mountain of legal problems and scandals pile up during 2019.

Things are moving quickly so it's time for an update:

Betting-wise, so far so good. Trump is now a 2/1 chance with 888sport to win the 2020 election - bigger odds than the 57/100 previously advised about him not winning and than any incumbent since at least 1980. Odds of 1/3 with Ladbrokes to be the Republican Nominee are probably a fair estimate but unappealing given developing events. My confidence hasn’t waned.

Politically, Trump is losing. Even on his preferred subject - the national emergency and border wall - he is at odds with both public opinion and many supporters in Congress. Republicans are increasingly rebelling on that, tariffs and foreign policy with regards Syria, Russia and Saudi Arabia. The deficit is ballooning. His negative approval ratings remain entrenched. A majority of Americans say they will not vote for him in 2020. 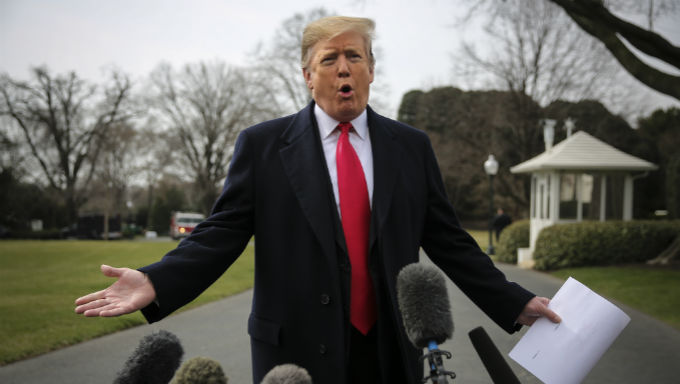 Mueller Investigation Proving Anything but a Witch-Hunt

Meanwhile, Robert Mueller continues to rack up convictions, indictments and guilty pleas. Former campaign manager Paul Manafort could spend the rest of his life in prison after being convicted on numerous charges including conspiracy against the USA, money laundering and witness tampering.

No sooner had the dust settled on his federal sentences than New York introduced 16 new pardon-proof charges.

There is speculation that Mueller is close to wrapping up, despite much evidence that the investigation is ongoing and likely exploring new leads. We are still awaiting various sentencing of felons - such as Manafort’s deputy Rick Gates and Russian agent Maria Butina - who are still co-operating.

As New York demonstrated, there are indictments already going through federal and state systems. Mueller may well be ready to issue at least a preliminary report, but this legal process will run for years.

Worst of all for Trump, Democrats now control the House of Representatives and are using their oversight powers to prolific effect. Three days of reportedly explosive testimony, mostly behind closed doors, from Michael Cohen predictably spawned further criminal investigations - merely the live testimony implied widescale fraud. Virtually everyone of significance in Trump-world has been subpoenaed.

Where does this end? From what we know already from various indictments and previously denied, later acknowledged covert meetings, it seems very hard to envisage Mueller at least not concluding that indeed, there was co-operation between the Trump campaign and Russian government representatives.

There's More Than Mueller to Fear

It is far less clear that he will recommend indicting a sitting president, given that it would likely fail to get past the Supreme Court. He could, nevertheless, produce such a damning report that Congress would feel compelled to impeach.

President Trump on Mueller report: "I had the greatest electoral victory, one of them, in the history of our country, tremendous success. Tens of millions of voters. And now somebody is going to write a report who never got a vote." https://t.co/A78rDeIJ3i pic.twitter.com/2cbIwMQYU9

Moreover, Mueller may not be his biggest threat. Trump’s Inaugural Committee is being investigated for massive financial irregularities by Manhattan prosecutors. Steve Bannon, no less, has warned this could be more dangerous than the Russia investigation. Trump’s former guru also previously implied money laundering could bring him down.

In particular, watch out for investigations into Deutsche Bank by the House Intelligence and Financial Services Committee. Trump’s well-documented long-term relationship with the bank - reportedly the only Western bank prepared to lend money in recent times - will, in my view, be a central part of what will eventually be recognised as the story of the century.

But Will Congress Impeach?

The question of impeachment is primarily political. Bet365’s offer of 10/1 that the Senate will pass a vote for impeachment by the required two-thirds majority, reflects the likelihood of Republicans dumping their own president. The same firm’s 2/1 about the Democrat-led House passing the first impeachment vote, however, remains very plausible.

Doubtless, leading Democrats would rather not waste time on it. They can expose Trump via the committees, putting his operation on public trial every day. They expect to uncover widespread criminality so the question becomes whether they amount to ‘high crimes and misdemeanors’.

Having studied Trump’s career and followed this extensively for years, I’m confident his crimes will very much meet the criteria - at least in the eyes of the electorate that matters here. Democrats will come under extreme pressure from the ‘Resistance’ base. Anything less than backing impeachment would risk a primary challenge.

While I don’t believe Trump will be impeached, leave office early or even lose his 35% base, it is extremely hard to see how his political career survives. 2016 was a mathematical, statistical fluke that will be impossible to repeat. His position in the key states has deteriorated markedly and, while Republicans may still fear alienating their own base, they know Trump is a losing ticket in 2016.

Trump will face a primary challenge. At the moment, his approval with Republicans suggests an easy win but this is an impossible contest to accurately predict until it happens.

We have never seen a candidate attacked 24/7 by somebody from their own side for criminality and corruption. I can’t imagine Fox News would want to show it, or that Trump could seriously go through with it. By this time next year, the idea of a second term will be for the birds.