Qualifying for the Indy 500 took place over the weekend and top sportsbooks took note, with a few drivers seeing their odds get shaken up based on their position on the grid for Sunday’s race at Indianapolis Motor Speedway.

Qualifying up front is, of course, always an advantage. At the Indy 500 in particular, with its traditional 11 three-car rows to make up a 33-car field, those starting up front have to deal with less traffic and less aerodynamic turbulence. Early laps are flat-out dangerous back in the pack as cars in a tight bunch jockey for position and going through turns side-by-side is usually ill-advised.

Still, five of the past seven winners at “The Greatest Spectacle in Racing” have started 11th or worse so Indy 500 betting enthusiasts might just outsmart the sharps by eyeing a few trends.

The weekend's qualifying action scrambled the odds for some prominent drivers. Here are two drivers whose odds were impacted most. 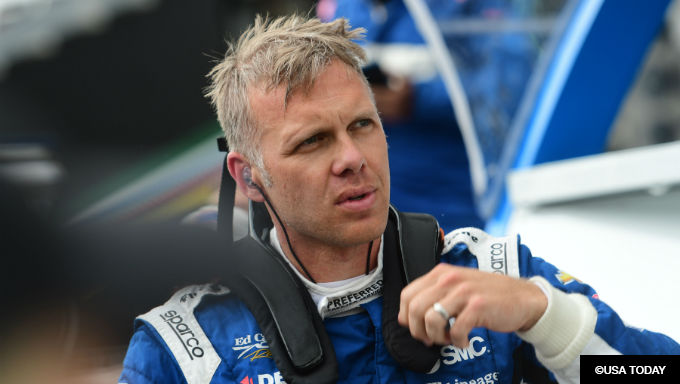 A sentimental favorite every year in large part because he’s an Indianapolis native, Carpenter qualified on the front row again. He’ll start second on Sunday, his third straight year on the front row and fifth time total.

Carpenter was 14/1 at 888Sport going into qualifying but as of Monday morning he was at 10/1. The three-time Indy 500 pole-sitter has always been better in qualifying than in the 500-mile race at his hometown track – his average finishing position is 16.2 in 15 starts and his runnerup finish last year was just his second top-five run at The Brickyard – so he isn’t a bet to recommend. 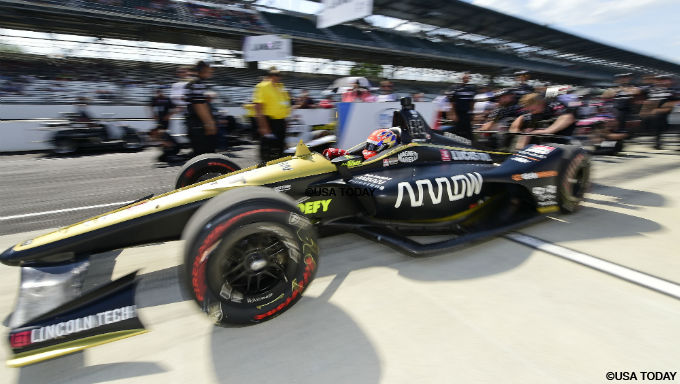 Hinchcliffe is either at the top of the charts or struggling to get in during qualifying; there isn’t much in between. Last year he failed to make the field; in 2019 he secured his last-row starting spot on Sunday’s final qualifying session. The 2016 pole-sitter for the 500 and three-time front-row starter will have to work his way forward in a crowded, tight field.

To make matters worse, he crashed his primary car in Saturday’s first qualifying run so he’ll start in a backup car. Small wonder his odds ballooned to 50/1 after sitting at 14/1 before qualifying. The popular Canadian has a solid Schmidt Peterson team behind him but too much traffic in front to be a factor.

Simon Pagenaud: What’s not to like? On Sunday the 2016 IndyCar Series champion earned his first Indy 500 pole with a four-lap run at an average of 229.992 mph. Pagenaud has completed all but one of a possible 1,400 career laps at Indy over seven starts and he is smooth and consistent. If momentum exists in racing, Pagenaud has it, having won the Grand Prix of Indianapolis on the Brickyard’s road course on May 11.

Above all else, the Frenchman drives for Team Penske, which is the team to beat at the 500 year after year, as Roger Penske’s 17 victories as team owner will attest. Bet Pagenaud to win at 8/1 with 888Sport.

Scott Dixon: Four times Dixon has led the most laps in the Indy 500 – his lone win in 2008, plus 2009, 2011 and 2015. The New Zealand star has 11 career top-10 finishes in the 500 including seven in the top five. But the five-time and defending IndyCar Series champ had a poor qualifying run by his standards and will start 18th on Sunday, his worst grid position in 17 Brickyard starts.

So why is he still a good bet to win at 10/1 with Redbet? Because nothing ever seems to rattle him – that’s how he earned his “Ice Man” nickname. If anybody can keep cool early in the race while navigating a ton of traffic, it’s Dixon. And if there is a late pit strategy call to conserve fuel, nobody is better at that in the series than Dixon.

Will Power: The defending Indy 500 champion has been fast all month, picking up where he left off last year when he led the final five laps and 59 of a possible 200 on his way to Victory Lane. Power’s only off day this month on the Indy oval was Sunday, when he fell from second in provisional qualifying to sixth on the starting grid during the “Fast 9 Shootout” session.

He seemed mystified as to what happened in that last qualifying run but he’s the type who will shake that off quickly – besides, a second-row start is fine at Indy. Plus he still has the powerhouse Penske organization behind him. Even as the co-favorite, Power still carries good value and is a solid bet at 15/2 with 888Sport.

Ryan Hunter-Reay: The 2014 Indy 500 winner has not had a good month, nor a good season by his standards. “Captain America” is ninth in points and will start 22nd in the 500. His Andretti Autosport team excels at finding the right combination on race day at Indy and he will have to rely on that as well as his veteran savvy.

Still, his lone 500 win came form a pretty inauspicious spot on the grid. He started the 2014 race in 19th, the worst starting spot for the eventual winner in the 23 Indy races run under the IRL/IndyCar sanctioning body. If you seek a winner to emerge from deep in the pack, Hunter-Reay is good value at 16/1 to win with Redbet, or bet 4/1 that he’ll finish in the top three.