The official UK Singles Chart began life in 1952 after appearing in the New Musical Express. Then, as now, the positions of all songs are based on week-long sale figures prior to December 25.

As a race and specials betting spectacle the serious contest for the Christmas number-one spot began in 1973 when the glam rockers Slade and Wizzard went head to head with songs released purposefully celebrating Christmas. To this day Slade’s ‘Merry Xmas Everybody’ and Wizzard’s ‘I Wish It Could Be Christmas Everyday’ infect our radio airwaves on a seemingly hourly basis.

A real turning point in the history of the Christmas No. 1 race was the advent of reality TV contests which have seen many of their winners head directly to the top of the charts. It all started in 2002 when Popstars: The Rivals gave us Girls Aloud. Their song ‘Sound of the Underground’ went straight to top spot and stayed there for a month.

From 2005 to 2008 inclusive then 2010, 2013 to 2014, it was the winners of The X Factor which took the number-one spot on seven occasions. During these times, such was the conceived inevitability of an X Factor winner becoming the Christmas No. 1, top online bookies introduced a new market on which song would be the Christmas No. 2.

But it was not all plain sailing for the X Factor. In 2009 a successful Facebook protest campaign led to Rage Against the Machine's 1992 single ‘Killing in the Name’ outsell X Factor winner Joe McElderry. This made the rap-metal band the first group to get a Christmas number one with a download-only single.

A similar social media campaign was successful in 2011 when participants from the BBC 2 reality television show The Choir outsold X Factor winners Little Mix. But this year was more notable for sparking off a rise to prominence of the ‘Christmas charity song’.

Twelve months later The Justice Collective, a collection of musicians and celebrities conspired to record ‘He Ain't Heavy, He's My Brother’ and send that tune to No. 1 with profits going on to support charities associated with the Hillsborough disaster.

While 2013 and 2014 saw X Factor winners return to the top of the Christmas charts ‘charity’ was the winner again in 2015 when the Lewisham and Greenwich NHS Choir, another that rose to prominence courtesy of a BBC 2 TV competition, prevail with ‘A Bridge Over You’.

Since then ‘Rockabye’ proved a total enigma in taking top spot in 2016. It was a mainstream strong, not related to Christmas in any way, but spent nine weeks at the top of the UK charts. To date, its Youtube video has been viewed over 2.2 billion times! In 2017 Ed Sheeran’s ‘Perfect’ enjoyed a six week run at the top of the charts. The song’s lyrics did not mention anything specifically Christmas related but its video was cleverly themed towards the festive season.

Thank God ironic normality returned last year when British blogger and YouTube personality LadBaby (and his wife) gave us a spoof version of ‘We Built This City (on sausage rolls)’ and gave the proceeds to charity. The song stayed at the top of the charts for just one week and made the couple the first British YouTube personalities to top the chart at any time of year.

Putting a Cross Through X

So, with the history lesson complete, where do we look for the winner in 2019? X Factor is probably not the first place to look, instead of the first contender to over-look. Of course the current series is a celebrity version and if you think that might bring around a change in fortunes you can currently back that show’s winner at 12/1 with Coral.

The early favourite is 23-year-old Lewis Capaldi, the Scottish singer-songwriter who was nominated for the Critics' Choice Award at the 2019 Brit Awards and had his single ‘Someone You Loved’ sit atop of the UK Singles Chart for seven weeks. 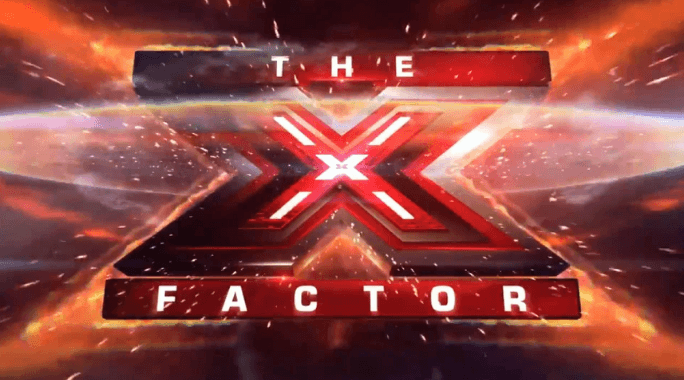 His new track, which is called ‘Before You Go’ and is reportedly about an emotional family tragedy, shot to number one in the UK iTunes charts within five hours of it being released, and also reached one million plays on Spotify in just over twelve hours. You can back the popular singer at 3/1 with William Hill.

Not In The Mix

Veteran Robbie Williams is also towards the top of the betting lists, coming in at 4/1 with Betway. He’s releasing a full album for Christmas but none of the songs on it are exciting the critics. “It is a gift few people will want to find under the tree,” says one review, adding: “Williams is playing for laughs, but these aren’t exactly comic masterpieces – let alone future festive anthems.”

Little Mix released their first-ever Christmas song called ‘One I’ve Been Missing’ at the end of November. It is uninspiring and massively unlikely to be in the top five in a month’s time. Another to avoid is Bastille’s lead singer Dan Smith who was subject of plenty of early support when revealed as the voice behind the eagerly awaited John Lewis Christmas advert. But his cover of the REO Speedwagon song ‘Can't Fight This Feeling’ sounds like a version of the original classic tune played at half-speed.

James Blunt is best known for his hit releases ‘Goodbye My Lover’ and ‘You're Beautiful’ from his debut album Back To Bedlam back in 2004. In fact, they are probably the only songs the ex-soldier is known for!

But a renaissance awaits the courtesy of his latest single ‘Monsters’ and a teaming up with The Sun newspaper which will see all royalties from the new song going to the Armed Forces charity ‘Help For Heroes’.

An emotional ballad the song is dedicated to Blunt’s father who is awaiting a kidney transplant. But the song took on an even broader meaning after the artist performed it at the Festival of Remembrance in London’s Royal Albert Hall in front of the Queen and bereaved families from the Afghan and Iraq wars. Everything factored in, it should sell well and he can be backed at 12/1 with Paddy Power.

At Last a Christmas No. 1 for Wham?

But for a song with proven form in the book and countless positives going for it, look no further than Wham’s festive hit ‘Last Christmas’. Some would be surprised to learn this song never reached the top spot at Christmas time, it was kept off of the perch by Band Aid’s ‘Do They Know Its Christmas’.

But 35 years later there are plenty of people campaigning to right a conceived wrong and put the Last Christmas, whose royalties were given directly to the Ethiopian famine in 1984, at the top of the proverbial Christmas tree.

Wham frontman George Michael died on Christmas day 2016 which is coincidental albeit poignant but the release of a Christmas rom-com movie called ‘Last Christmas’ starring Game of Thrones star Emilia Clarke is the primary boost to its chances. Not only does the film showcase Wham’s classic song, but the movie also contains tracks from George Michael’s successful solo career.

As other bonuses Andrew Ridgeley, Michael’s former Wham partner, has been hitting campaign trail long and hard promoting book his book ‘George & Me’ on TV and in the print media while also Tweeting details of Last Christmas going on sale on vinyl and CD.

On its own ‘Last Christmas’ is the 24th best-selling single of all time and was the most-played Christmas song of the 21st century in the UK until it was overtaken by ‘Fairytale of New York’ in 2015.

There’s plenty to like about Wham’s chances particularly at 7/1 with Bet365.

The Official Christmas Number 1 race 2019 begins on Friday December 13th with sales and streams counting up until midnight Thursday, December 19th. The results will be declared on the Official Chart with Scott Mills on BBC Radio 1 from 4pm on Friday 20th December.

Get Man Utd At A Massive 8/1 To Beat Brighton
French Open 2020 Betting Odds, Tips & Top Bets to Consider
© PA
7 Principles To Follow In Premier League Fantasy Football
© PA
Best Betting Value in the Premier League Relegation Battle
Tennis Betting Strategy: Accumulators and Over/Under Total Number of Games
Top Tips for Football Betting Success
More Articles
By continuing to use our site you agree to us using cookies in accordance with our Cookie Policy .
Got It
×