Sometimes we forget NBA players are human. Sure, they are athletic freaks of nature in our eyes, but they do have a human body that must cope with the rigors of NBA travel.

Each team has certain schedule spots during the year where they are expected to be flat and tired. I like to call this “coming out like zombies.” I created a system a few years ago that identifies the worst schedule spots for each team.

The NBA has changed their scheduling from years past where there used to be four games in five nights. This year, with the adjustments, the main schedule spots to fade are typically three games in four nights on a back-to-back. This is the tired spot, and what I call the “Zombie Apocalypse System” for NBA betting.

There 17 games remaining that are worthy of large bets against the team in the bad schedule spot. I fully expect this effect to be in full display the rest of the season and hit at a high rate compared to the first half of the season due to more tired legs later in season. Without further ado, let’s get into it.

The Wizards head to Chicago for their third game in four nights on a back-to-back. For those unfamiliar with the term back-to-back, it is when teams play two nights in a row. Not only that, but the Wizards will be playing in three different time zones during this stretch.

Ever get off a plane and feel jet-lagged and then be flustered by the time change? “I’m still on such and such time; I am tired.” Now, try playing a basketball game against the best athletes in the world while feeling weak and tired.

The next night it’s Orlando’s turn for three games in four nights, back-to-back, while traveling from Milwaukee to Atlanta. This is easily one of the toughest spots of the season traveling east on the back-to-back to new time zone. Set this one as a high-alert pick in your reminders.

We have a rare three nights in a row with a Zombie Apocalypse System pick. On Feb. 11, the Heat travel to Denver for another three-games-in-four-nights back-to-back spot. This time will be tough. The Heat travel from Oakland to high-altitude Denver after playing the Warriors, which is tiring in itself. The Nuggets should wear the Heat out to the bone.

Can I get a fourth night in a row? YES. Lakers travel to Atlanta on Feb. 12.This time, it’s their fifth game of a five-game road trip after playing a brutal schedule against the Celtics and 76ers.

If you have been watching the Lakers recently, you probably noticed all the turnovers and lazy play. All the trade rumors seem to have taken a toll on the players. This only adds to this schedule spot. 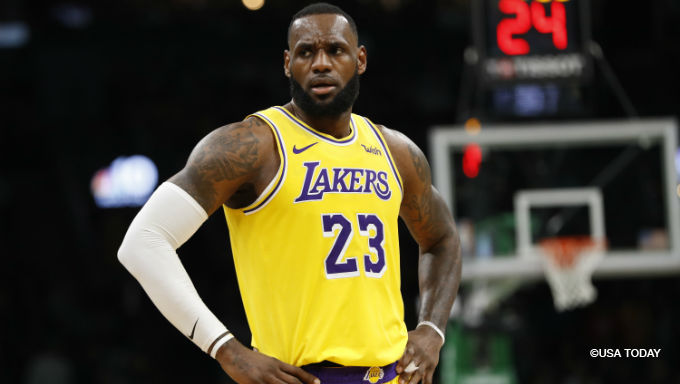 This will be a fun day: three Zombie Apocalypse System picks to end the month.

The Pacers host Minnesota after stops in Detroit and then Dallas the night before. The Heat play in Houston same day. This is a hard back-to-back for the Heat because they play at home in Miami vs. the Warriors the night before.

I love going against teams on a back-to-back that played the Warriors the night before. Teams get up for the Warriors and know they are on the big stage. The next day is set up for a letdown.

Finally, speaking of the Warriors, they play the Magic on a back-to-back with their own three-games-in-four-night stretch.

Now, most of you probably have not heard of this betting angle. The Warriors play at Miami then at Orlando in consecutive nights. This is called the “Acela Angle.” For years and years, teams have lost one of these games. Perhaps it is the party scene? Who knows, but it is something of note that teams have struggled to win both these games over the years.

I expect the Warriors to get upset one of these two nights.

The Bucks travel to Utah. Like Denver, Utah is a horrific place to play a back-to-back, especially a third game in four nights. This has been confirmed by players, coaches and even sleep doctors. Over the years, these two cities have been hosts to blowout losses for visitors on back-to-backs.

The same day, the Pelicans head to, you guessed it, Denver in the same spot as the Bucks. The Suns game may not seem like a big deal, but facing a young energetic team that likes to run can be a less-than-ideal position in a tired spot. 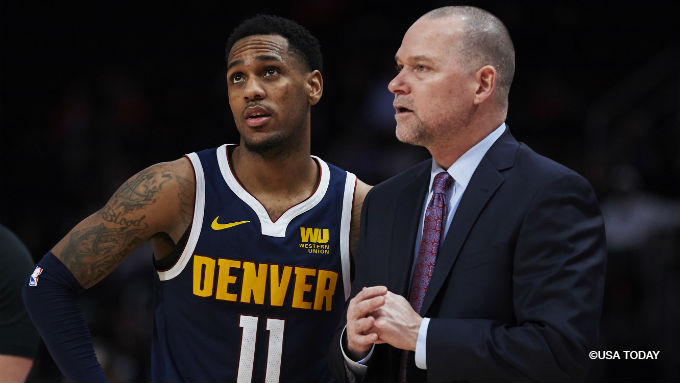 Two more Zombies as the Hawks head to Miami with some nasty travel from Atlanta to Chicago to Miami. Now, keep an eye on this next one on the same day. The Pelicans are in another horrible spot, but this one is the big one. The Pelicans travel to Utah to play their fourth game in six nights. Who do they play the game before? At Denver. Hammer the Jazz.

The Thunder play the Clippers, and this is another BIG ONE to mark down. This will be the Thunder’s second 3-in-4 in a nine-day stretch. That’s six games in nine days. Not only that, but this is a back-to-back, and when your final game of this nasty stretch is in LA, you’ll might be thinking about the Los Angeles nightlife by tipoff.

I see an unfocused Thunder team this night.

The Wizards play a 3-in-4 and back-to-back vs. Denver, with three time zones in this stretch. This is not a HUGE play since the Wizards will be at home, but it is worth noting and tracking.

We see the Lakers head to Utah on a 3-in-4, back-to-back, losing time in the travel.

The final two spots to jot down are on the final day of the season. The lowly Knicks play Detroit at home with travel from New York to Chicago and back to New York.

The last thing a terrible team fighting for the No. 1 pick wants to do is win on the final game of the season in this kind of schedule. Later in the night, the Jazz cap off the season going to Los Angeles, with travel from LA to Utah and back to LA travel to finish off the season. 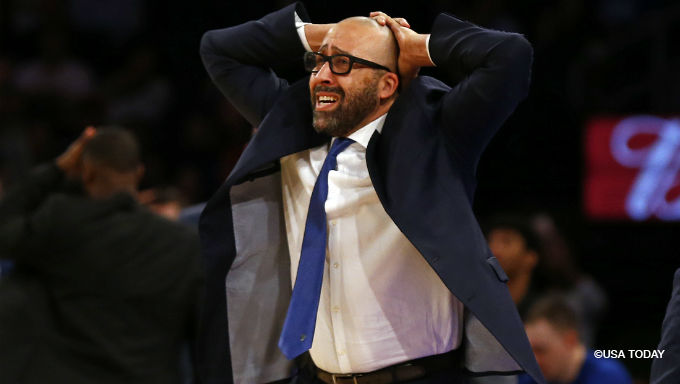 One thing I have noticed in a lot of the first-half NBA Zombies is the team I am betting against has had high scoring first quarters and won the first half the majority of the time. I do not think it is safe to say this is a trend yet, but it is something worth paying attention to.

Sleep doctors, staff, coaches and medicine will always account for some improvement in these types of schedule spots. But for now, it is still a great spot to bet on.

Take advantage of these games throughout the rest of the season. You can also use this type of information for NBA daily fantasy, knowing which players to avoid certain days due to fatigue.