Fans of boxing betting turn their gaze to the blue ribbon heavyweight division, and the Barclays Center, Brooklyn, this weekend to witness unbeaten American Deontay Wilder’s ninth defence of the WBC world title belt he won in 2015.

The WBC made this a mandatory fight, to the consternation of many, particularly Britain’s Dillian Whyte. Still, Wilder emerges from the rubble of a failed negotiation with Tyson Fury to tackle fellow American Dominic Breazeale. Wilder is available at 1/6 with BetVictor for the outright win.

Despite reservations about the quality of fighters Breazeale has overcome – his solitary defeat to Joshua remains arguably his only high-grade opponent – I don’t expect Wilder to knock out the Californian quickly. In that Joshua defeat, one in which Joshua was aggressive and busy throughout, Breazeale worked hard to stay in the fight and enjoyed moments of success.

Wilder doesn’t throw the straight shots Joshua did and there may be scope for Breazeale to step inside, hold and preserve himself to stay longer. If you enjoy a long shot, BetHard offer 25/4 on a Breazeale upset win by any method. Although BetVictor’s 5/6 on the fight to go beyond 7.5 rounds could return for you too.

However, I still advocate supporting a Wilder victory in which he is extended into the middle rounds at least. If Breazeale is prepared and absorbs Wilder’s early attacks there is a window of opportunity in this bout for him; Ortiz and Fury laid the blueprint. Alas, for those minded to invest in an underdog merely to add sizzle to their enjoyment of the fight, the 9/1 from BetVictor on a Breazeale KO win is a foolish bet.

While the contest lacks the sparkle and magnetism of that Fury rematch or the much-solicited Anthony Joshua unification, a second scrap with Luis Ortiz or even a clash with Whyte, a fight with Breazeale may provide more entertainment than cynics suppose.

Despite the disappointment the lack of subsequent fights between the division’s top three draws has caused, enveloping the flame of hope Wilder and Fury ignited last December, Wilder is still one of boxing’s purest punchers and therefore one of its biggest stars. Students of the sport marvel at the artistry and skill of Floyd Mayweather and his ilk, but knockouts draw the big crowds.

With devastating power in both hands Wilder (40-0-1, 39 knockouts) is also stylistically unconventional; a lack of sound technique makes him hard to predict and offset for all but the most gifted. Fighters cautious of his power are often caught unexpectedly from angles they find it hard to train for – because nobody fights like Deontay Wilder, which is why he is 4/11 at BetVictor to win by KO, TKO or disqualification.

Tyson Fury exposed the flaws in this ungainly style, using speed of hand, thought and movement to outwit the 6-fot-8 champion from Alabama. But even Fury, with his wiles and elusive style, offered Wilder two opportunities and was almost counted out.

In Wilder’s “slugfest” with Cuban dangerman Luis Ortiz, the veteran challenger landed frequently and Wilder lacked the technical prowess to adapt, and only his power reasserted him en route to a late stoppage victory. That bout dismissed questions about Wilder’s resolve and his ability to carry KO power deep into a fight and offered him kudos where his preceding career had drawn derision or apathy.

Breazeale Has Weight Advantage vs. Wilder 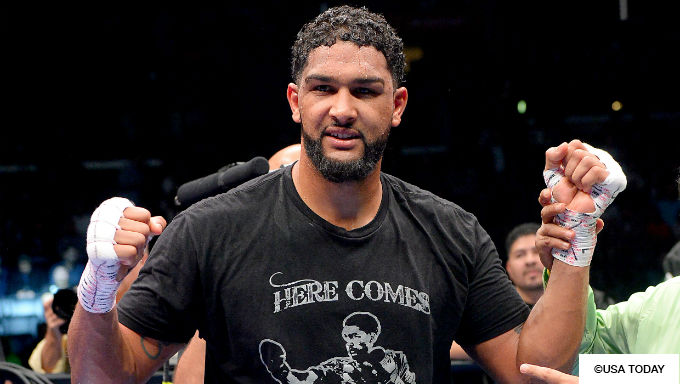 Breazeale (20-1, 18 KOs), like Fury, is tall, rangy and will outweigh Wilder by 30-40 pounds. By boxing’s usual conventions, that weight advantage would be significant. Breazeale should offer a more robust resistance to heavy power shots.

The heavier man could wrestle and tire Wilder on the inside, extending him into the later rounds, where Wilder rarely ventured until his standard of opposition belatedly improved. If you like this as a possible factor, Breazeale is 40/1 at BetHard to win in Rounds 10-12.

In his most recent contest, versus circuit fighter Carlos Negron, Breazeale continued to show an appetite for a punch-up, rather than use his greater natural strength and stronger pedigree. It is a philosophy that will make for a fun fight this weekend but minimises the challenger’s prospects of victory.

Breazeale first came to prominence vs. Anthony Joshua in 2016, showing courage, aggression and resilience despite a knockout defeat. Were he to resist the most potent of Wilder’s early lunges, Breazeale might be able to box himself in to the fight and introduce self-doubt in the champion who was stupefied and rendered inert for long periods by Fury’s footwork and head movement.

But if Wilder connects, fights tend to end.

The 4/1 available on Wilder needing the judges to win, also available with BetVictor, offers sufficient additional interest, the chance to cheer the challenger to the final bell, and could prove a wise cover bet for the paltry margins available for Wilder to win in a specific round or group of rounds that you may be tempted to pursue.