There are teams that play great defense, teams propelled by transition offense, and teams powered by outstanding individual players destined for the next level.

The NCAA Tournament has been distilled down to an Elite Eight populated by blue-ribbon programs playing a variety of different styles, all of them with an eye toward taking that last step toward the Final Four.

Few rounds of the tournament are as pressure-packed — with so much on the line, the weight of reaching college basketball’s promised land can be felt with every dribble and shot.

No wonder, then, the games are often close, something fans of March Madness betting should remember. 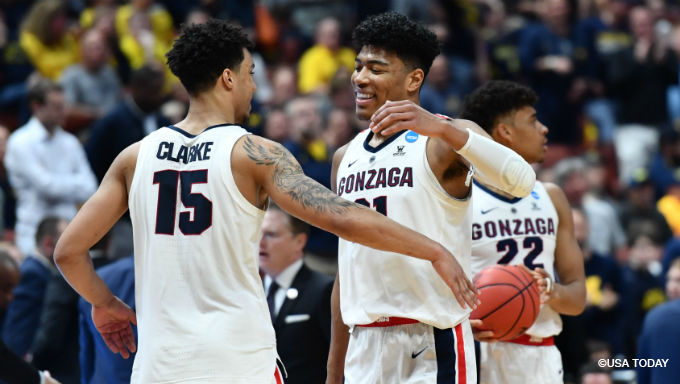 Texas Tech looked like the nation’s third-best defense in its domination of Michigan, which plays a similar style. Gonzaga presents a different animal: the nation’s top-scoring offense averaging 88.8 ppg, with height, length, and an up-tempo offense the Raiders won’t be able to contain to a half-court game.

Texas Tech has won 11 of its last 13 games against the spread, a run fueled by a late spurt in Big 12 play. Versus teams in the tournament, Gonzaga is 4-4 against the spread — one of those covers being a victory over Duke in Maui.

It’s been a while since then, but the Zags still present that combination of size and tempo, and will enjoy a decided edge on the boards over a Texas Tech team ranked 161st in rebounding. Pick: Go to 888Sport to bet Gonzaga.

Virginia’s slog past Oregon was typical March stuff from the Cavaliers, who matched a season-low in scoring by shooting 36 percent. They do that against an opponent with a capable offense, and they’ll get beat.

Purdue is more than capable — Carsen Edwards leads the tournament in scoring at 32.3 points per game, and is shooting 42 percent from 3. Ryan Cline had an out-of-his mind 27 points against Tennessee, providing a valuable second scoring option that stretches opposing defenses.

Virginia's risk-averse, fundamentally-sound style is little fun to watch, and perhaps makes the Cavaliers look less talented than they really are. But this remains a team that fell behind Gardner-Webb by double-digits, and has rarely impressed since.

Over the course of the tournament Purdue has looked like the better team, and has more than enough to keep this close. Pick: Go to BetAmerica to bet Purdue (+4.5). 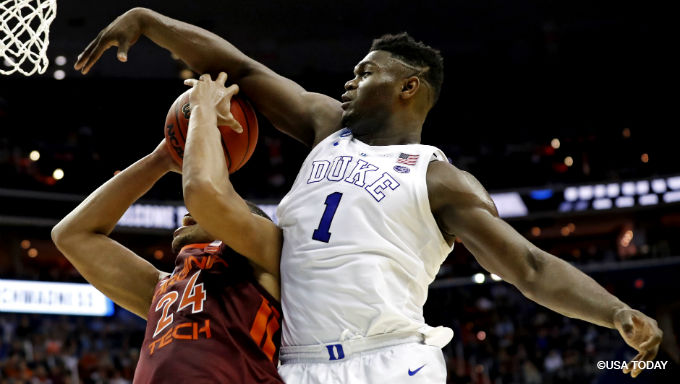 The Sweet 16 brought a similar theme for Duke, which got another superhuman effort from Zion Williamson but also nearly got beat. That’s two near misses in a row for the Blue Devils, and ATS losses in 11 of their last 14 games.

Missing Cam Reddish to a knee injury surely had an impact, but once again we saw the Devils get suckered into trying too many 3s and needing a defensive stand around the rim to win.

Those are concerning trends against Michigan State, which has won eight straight, covered in four of five and 10 of 14, and has a coach in Tom Izzo who can take advantage of the offensive shortcomings Duke has shown in its last two games.

And yet, the personnel differences here remain evident. In the Sweet 16 the Spartans frustrated LSU big man Naz Reid, but he’s no Zion.

The line here is a narrow one, and Duke despite its close calls keeps finding a way. Pick: Go to 888Sport to bet Duke (-1.5).

The Midwest final is an all-SEC affair and a rematch of two regular-season meetings: a Kentucky throttling of Auburn in Rupp Arena, and a game in Auburn where the Tigers rallied from 17 down to lose by two.

But this seems a different Auburn team, one that hammered Kansas and North Carolina in back-to-back games and is averaging 13.4 made 3s over its last eight outings.

Since the debacle at Rupp, Auburn has won eight straight and covered in seven of nine.

Kentucky’s 3-point defense isn’t the best, but they effectively stifled the Tigers’ perimeter attack in their victory in Lexington, and they got a huge boost with the return of P.J. Washington in the Sweet 16.

It’s another narrow point spread, and another case of one team having players who are just a little bit better. Pick: Go to SugarHouse to bet Kentucky (-2.5).

Check Out: The Latest Details on Michigan Online Gambling & Casinos