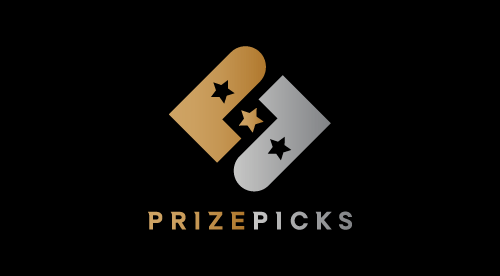 Headed by technology entrepreneur Adam Wexler, he and his team over the years have innovated numerous styles of fantasy sports offerings.Before arriving to PrizePicks, there were many iterations of what it would finally become.

At first, they created Virtual Commissioner, a digital treasurer for season-long fantasy sports leagues. This digital treasurer concept was then expanded to handle side bets in fantasy sports leagues. This product, which became SidePrize, proceeded to win a number of awards from the Fantasy Sports Trade Association, including the 2016 ‘Rookie of the Year.’

SidePrize showed immense potential, but it required a two-sided transaction at all times. Eventually, they concluded a legal fantasy sports contest does not have that requirement, and this revelation led to the creation of PrizePicks.

Using PrizePicks is incredibly simple. Across the top of the screen are the different sports to choose from. These include MLB, NFL, CFL, NBA, WNBA, Tennis, PGA, NCAA Football, NCAA Basketball, MLS, Nascar, SMITE (gaming), CS:GO (gaming), NHL, UFC and Boxing. In addition to these, EPL/Euro CL, Pro Lacrosse, Formula 1 and additional E-Sports are all going to be additional offerings in the near future.

Simply browse the different sports and choose players that look appealing given their projection. After choosing a minimum of two players from any sport, the green “Go” button at the bottom of the screen will light up and allow you to continue to the next screen.

From there, input the amount of money you wish to enter with and look at the different amount of possible winnings. The winnings are different based on the number. They are 2.5, five and 10 times on two, three and four player selections, respectively.

There are also apps available on iOS and Google Play. When downloading the app, use promo code GDCUS for the welcome bonus featured here.

The only game type PrizePicks offers is choosing the over/under.As mentioned, though, there are options for a minimum of two-player entries and a maximum of four. The payout structure changes based on the number of players you choose.

Payment Options and Banking with PrizePicks

The banking options are incredibly simple and straightforward for PrizePicks. Users can deposit using PayPal or an e-check and withdrawals are done with e-checks, too. For deposits, e-checks can take up to 3-5 days to process. Withdrawing e-checks takes up to three days to post to your account.

New users to PrizePicks will get a 25 percent match up to $1000 as well as two free picks.The two free picks are to win $25. So, if you pick two players and their over/under correctly, you’ll get an extra $25 in addition to the deposit match.

The game combines the simplicity of picking over/under on fantasy totals with that of a parlay to create a simplistic fantasy sports options for users. There’s no need to create a fill lineup or follow a salary cap.

One day you could think the NBA power forward Draymond Green is going to have a great game and the Baseball catcher Gary Sanchez is going to have a down game. PrizePicks offers a place to put those intuitions to the test and win, lose and even salvage a percentage of the money.

Also, customer service is extremely prompt and friendly, which always helps reassure new users of new sites such as PrizePicks.

The simplicity and innovation go hand-in-hand. This is a highly recommended alternative to the usual DFS players are accustomed to.

"Two decades covering sports and the evolution of online betting. My experience as a handicapper uniquely qualifies me to evaluate which operator is best."

Check your email to activate your subscription and start receiving our new exclusive offers!

Check your email to activate your subscription and start receiving our new exclusive offers!