High speeds and wide-open spaces await NASCAR drivers Sunday with the first of two trips to Michigan International Speedway. The big and fast two-mile superspeedway has hosted NASCAR racing since 1969 and MIS readies for Sunday’s 15th race of the 2019 season.

Michigan was repaved six years ago and since then the added grip has seen speeds rise at a quick pace. Unfortunately when a track lays new asphalt it takes time for the surface to widen out and allow drivers multiple lanes.

But last year Michigan showed signs that two and sometimes three-wide racing, a staple of the track before the repave and reconfiguration, was coming back.

Sunday’s race will be the first at Michigan using the 2019 rules package that was created with intermediate tracks like MIS in mind. Talk around the garage is the competition will be tighter as cars get packed closer together.

So, for NASCAR betting fans, keep in mind that this will favor drivers with the necessary car control and drafting skills to challenge for the win and/or a good finish.

NASCAR Michigan Drivers to Back

We’re looking for these six drivers to make some noise. 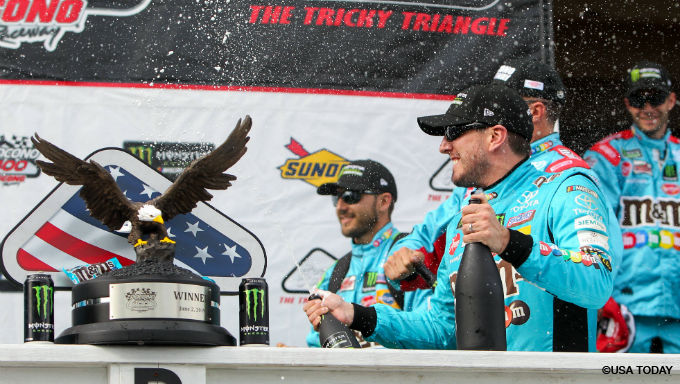 The more Busch complains about disliking the rules package the more he is successful. He made some pointed comments last week in Pocono despite scoring a series-high fourth victory of the season.

He probably won’t like it again at Michigan but don’t shy away from Busch as a favorite, he had two top five finishes at the track last year.

If there’s a track on the schedule for Harvick to end his season-long winless drought, Michigan is the place. He won at Michigan last August and has finished first or second at the track in five of the last 10 races.

Logano has run much better than his record shows even though he’s second in the series point standings. Michigan has been a solid spot for Logano, who won there in 2016 and put a pair of top-10 finishes on the board a year ago.

Winning at the Michigan native’s home track remains an elusive goal for Keselowski. The Team Penske driver has yet to visit victory lane at Michigan but has the second-best average finish among active drivers over the last ten races there at 7.4.

The current driver with the best average finish in the last ten Michigan races is Elliott at 5.3, a mark that includes three second place finishes in six career starts. Elliott has not finished outside the top-five since winning at Talladega last month.

Another driver celebrating a homecoming Jones also seeks his first win at Michigan. Jones has been on a steady upward trend in recent weeks and comes to Michigan on the heels of an impressive third place Pocono run a week ago. 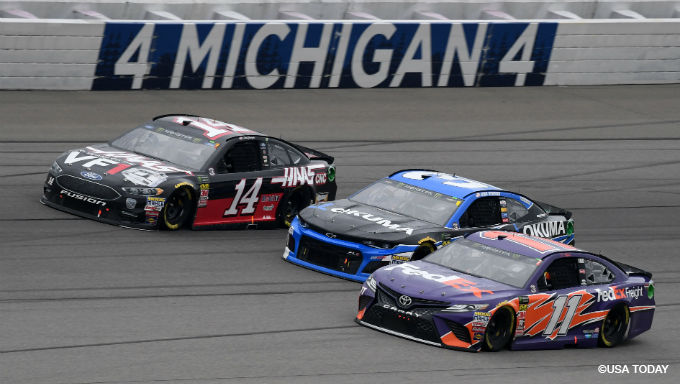 While Michigan is the second two-mile track on this year’s schedule, don’t put too much stock in results from its sister track in Fontana, California, from earlier in the year.

Auto Club Speedway’s racing surface is one of the oldest in the sport and is in stark contrast to the still relatively new asphalt in Michigan. Cars will handle much differently in Michigan than they did in Fontana back in March.

Speeds will be high at Michigan but cars won’t be going quite as fast as in the past thanks to the reduced horsepower in this year’s rules package. Pack racing creates a disturbance of air around cars that could make passing difficult as it did last week at Pocono.

Once again track position and spots gained on pit road will be key. A whopping 21 of Michigan’s 99 Cup races have been won from the pole position. The number grows to 29 from the front row and to 52 winners starting in the top four spots. Qualifying will be a key to Michigan success.

Check Out: The Latest Details on Michigan Online Gambling & Casinos

NFL Betting Strategy: Individual Awards Markets
Which NFL Teams Were Best Against the Spread Last Year?
© PA
2021-2022 NFL Win Totals: Regular Season Win Totals for All 32 Teams
© PA
2021-2022 NFL Futures: Odds to Win the Super Bowl
© PA
Sports Betting Strategy: Spread Betting
© PA
Moneyline Betting
By continuing to use our site you agree to us using cookies in accordance with our Cookie Policy .
Got It
×